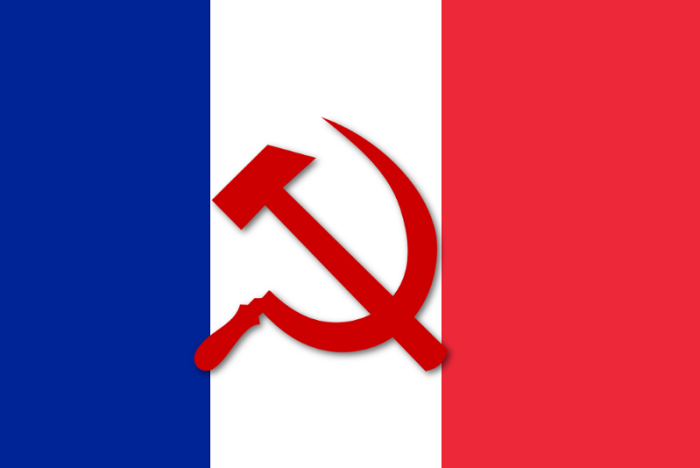 France has arbitrarily imposed Soviet style movement restrictions on a number of climate activists. French Authorities claim this measure is necessary, to reduce the risk of public disorder during the COP21 conference.

According to the Australian ABC;

Public demonstrations are banned in France under the state of emergency that was declared after the Paris terrorist attacks two week ago, in which 130 people were killed.

Green groups have described the move as “an abuse of power” but the French Interior Minister Bernard Cazeneuve said the activists were suspected of planning violent protests.

They must remain in their home towns, report to the local police three times a day and abide by a nightly curfew until December 12, when the climate change conference winds up.

A delegation of environmental organisations met with French president Francois Hollande to appeal against the measures.

Greenpeace International’s executive Director Kumi Naidoo said he was “disappointed” that France’s political leadership would “choose to enable sporting events, trade exhibitions and other arts and culture events to go ahead, but with such a clamp down on the space for the biggest issue humanity faces”.

For once I agree with Greenpeace. The people whose freedoms France has arbitrarily trampled, are not accused of a specific crime. But France, a country which President Obama openly admires, and frequently describes as America’s staunchest ally, does not recognise Western norms of jurisprudence.

Under the French Code Napoleon, the state has almost unconstrained power to trample the rights of citizens, especially once a state of emergency has been declared, as has been the case since the Paris terror attack. While the French legal system pays lip service to the rights of the accused, in practice French authorities have arbitrary power to treat accused people as if they were guilty of a crime, without first having to establish their guilt in a court of law.

The possibility for justice to endorse lengthy remand periods was one reason why the Napoleonic Code was criticized for de facto presumption of guilt, particularly in common law countries. Another reason was the combination of magistrate and prosecutor in one position.[7] However, the legal proceedings did not have de jure presumption of guilt; for instance, the juror’s oath explicitly recommended that the jury did not betray the interests of the defendants, and paid attention to the means of defence.

I’m no fan of green activists with a history of violence. France may even be right, about the intentions of the people they arbitrarily restrained. But France has not provided formal evidence that the people affected by this state curfew on their movements are guilty of a crime, or were conspiring to commit a crime – they justified this action on the basis of an official suspicion.

If you don’t stand against injustice, even when the victims of that injustice are people you detest, then who will speak for you, when your and your friend’s rights are being trampled?