This page is for posters to test comments prior to submitting them to WUWT. Your tests will be deleted in a while, though especially interesting tests, examples, hints, and cool stuff will remain for quite a while longer.

Some things that don’t seem to work any more, or perhaps never did, are kept in Ric Werme’s Guide to WUWT.

WordPress does not provide much documentation for the HTML formatting permitted in comments. There are only a few commands that are useful, and a few more that are pretty much useless.

A typical HTML formatting command has the general form of <name>text to be formatted</name>. A common mistake is to forget the end command. Until WordPress gets a preview function, we have to live with it.

N.B. WordPress handles some formatting very differently than web browsers do. A post of mine shows these and less useful commands in action at WUWT.

N.B. You may notice that the underline command, <u>, is missing. WordPress seems to suppress for almost all users, so I’m not including it here. Feel free to try it, don’t expect it to work.

WordPress will convert this into an internal square bracket command, changing the URL and ignoring the dimension. You can use this command yourself, and use its options for dimensions. WordPress converts the above into something like:

Use this form and change the w and h options to suit your interests.

If WordPress thinks a URL refers to an image, it will display the image

instead of creating a link to it. The following rules may be a bit excessive,

but they should work:

If you have an image whose URL doesn’t end with the right kind of prefix, there may be two options if the url includes attributes, i.e. if it has a question mark followed by attribute=value pairs separated by ampersands.

Often the attributes just provide information to the server about the source of the URL. In that case, you may be able to just delete everything from the question mark to the end.

For some URLs, e.g. many from FaceBook, the attributes provide lookup information to the server and it can’t be deleted. Most servers don’t bother to check for unfamiliar attributes, so try appending “&xxx=foo.jpg”. This will give you a URL with one of the extensions WordPress will accept.

WordPress will usually scale images to fit the horizontal space available for text. One place it doesn’t is in blockquoted text, there it seems to display fullsize and large images overwrite the rightside nav bar text.

Those of us who remember acceptance of ASCII-68 (a specification released in 1968) are often not clever enough to figure out all the nuances of today’s international character sets. Besides, most keyboards lack the keys for those characters, and that’s the real problem. Even if you use a non-ASCII but useful character like ° (as in 23°C) some optical character recognition software or cut and paste operation is likely to change it to 23oC or worse, 230C.

Nevertheless, there are very useful characters that are most reliably entered as HTML character entities:

Various operating systems and applications have mechanisms to let you directly enter character codes. For example, on Microsoft Windows, holding down ALT and typing 248 on the numeric keypad may generate the degree symbol. I may extend the table above to include these some day, but the character entity names are easier to remember, so I recommend them.

WordPress supports Latex. To use it, do something like:

Linking to past comments

Each comment has a URL that links to the start of that comment. This is usually the best way to refer to comment a different post. The URL is “hidden” under the timestamp for that comment. While details vary with operating system and browser, the best way to copy it is to right click on the time stamp near the start of the comment, choose “Copy link location” from the pop-up menu, and paste it into the comment you’re writing. You should see something like http://wattsupwiththat.com/2013/07/15/central-park-in-ushcnv2-5-october-2012-magically-becomes-cooler-in-july-in-the-dust-bowl-years/#comment-1364445.

The “#<label>” at the end of the URL tells a browser where to start the page view. It reads the page from the Web, searches for the label and starts the page view there. As noted above, WordPress will create a link for you, you don’t need to add an <a> command around it.

One way to avoid the moderation queue.

Several keywords doom your comment to the moderation queue. One word, “Anthony,” is caught so that people trying to send a note to Anthony will be intercepted and Anthony should see the message pretty quickly.

If you enter Anthony as An<u>th</u>ony, it appears to not be caught,

foo – no can delete!

<blockquote>
It may help to remember that before their higher education climate scientists were school kids probably inculcated with the view that fossil-fuel use is unnatural and therefore bad. Opposing it therefore probably makes many of them feel virtuous. This is unfortunate. To paraphrase Hoosier poet Max Ehrmann, we’re children of the universe; no less than the trees and the stars, we have a right to be here.

Humans are no less a part of nature than the calcareous organisms that over the eons removed so much carbon from the cycle of life that during the last glaciation plant life came perilously close to carbon-dioxide starvation. So instead of seeing humans’ fossil-fuel use as unnatural perhaps we should look upon it as nature’s way of restoring the state that supported evolution of most complex life, including our primate ancestors.

For many of us laymen the climate question boils down to whether the (speculative) benefit to future generations justifies the (more-certain) cost of avoiding emissions today. Again, even a 5°C increase by the end of the century is estimated to delay gross-world-product growth by only three years.
</blockquote>

Rest of the story 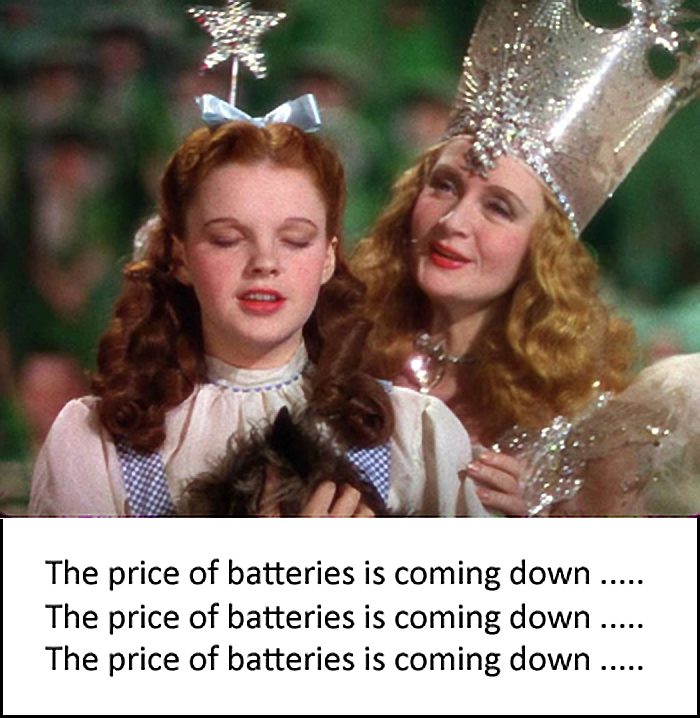 Hi,
I’m looking for a retired electrical engineer who is interested in working with me on a new/old technology project that addresses the electricity curtailment and flared natural gas problems.
Ideally someone with strong industrial scale electrical device development experience. Experience with physics/chemistry a plus.

Eric or Mods, an odd thing has happened with commenting.  It occurs both in Edge and Firefox.   As of an article on August 23 (the article about 600,000 workers required for the green transition, there now is an odd ‘field’ that appears to be info on formatting text.   Articles prior to that don’t have this, but they also now don’t show the ability to ‘reply’ to a comment.
I have attached (or tried to attach) screen shots of what it shows in Edge, in the ‘before’ and ‘after conditions.  In Firefox, each little ‘block’ seen in edge huge (i will try to attach a screen shot in a little bit); but wanted to point out this oddity.

Well, it looks like just the ‘before’ is there, so will try to post the ‘after’ picture

And one thing i forgot to mention, is that when clicking to ‘reply’ to someone, that odd ‘box’ shows up below the area that comments are being entered – see the screen shot of when i was typing this comment (replying to my previous one).