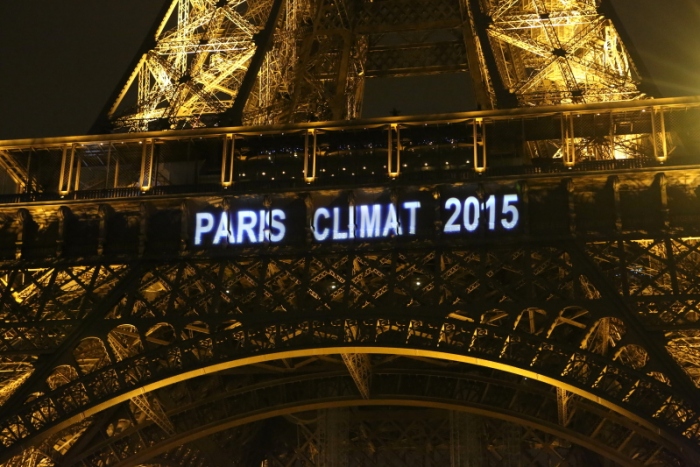 A report by the International Energy Agency claims that emissions which will be saved by COP21 / Paris climate pledges currently on the table, will only delay Climageddon by 8 months.

According to the IEA;

Nationally determined pledges are the foundation of COP21. Intended Nationally Determined Contributions (INDCs) submitted by countries in advance of COP21 may vary in scope but will contain, implicitly or explicitly, commitments relating to the energy sector. As of 14 May 2015, countries accounting for 34% of energy-related emissions had submitted their new pledges. A first assessment of the impact of these INDCs and related policy statements (such as by China) on future energy trends is presented in this report in an “INDC Scenario”. This shows, for example, that the United States’ pledge to cut net greenhouse-gas emissions by 26% to 28% by 2025 (relative to 2005 levels) would deliver a major reduction in emissions while the economy grows by more than one-third over current levels. The European Union’s pledge to cut GHG emissions by at least 40% by 2030 (relative to 1990 levels) would see energy-related CO2 emissions decline at nearly twice the rate achieved since 2000, making it one of the world’s least carbon-intensive energy economies. Russia’s energy-related emissions decline slightly from 2013 to 2030 and it meets its 2030 target comfortably, while implementation of Mexico’s pledge would see its energy-related emissions increase slightly while its economy grows much more rapidly. China has yet to submit its INDC, but has stated an intention to achieve a peak in its CO2 emissions around 2030 (if not earlier), an important change in direction, given the pace at which they have grown on average since 2000.

Growth in global energy-related GHG emissions slows, but there is no peak by 2030 in the INDC Scenario. The link between global economic output and energy-related GHG emissions weakens significantly, but is not broken: the economy grows by 88% from 2013 to 2030 and energy-related CO2 emissions by 8% (reaching 34.8 gigatonnes). Renewables become the leading source of electricity by 2030, as average annual investment in non- hydro renewables is 80% higher than levels seen since 2000, but inefficient coal-fired power generation capacity declines only slightly. With INDCs submitted so far, and the planned energy policies in countries that have yet to submit, the world’s estimated remaining carbon budget consistent with a 50% chance of keeping the rise in temperature below 2 °C is consumed by around 2040 – eight months later than is projected in the absence of INDCs. This underlines the need for all countries to submit ambitious INDCs for COP21 and for these INDCs to be recognised as a basis upon which to build stronger future action, including from opportunities for collaborative/co-ordinated action or those enabled by a transfer of resources (such as technology and finance). If stronger action is not forthcoming after 2030, the path in the INDC Scenario would be consistent with an average temperature increase of around 2.6 °C by 2100 and 3.5 °C after 2200.

Even if alarmists were right about anthropogenic climate change, what a complete and utter waste of effort.