In the wake of John Kerry agreeing to give US technology away to China, Iran has put in a demand for its own share of the loot.

Iran will ratify the landmark Paris agreement on climate change only if sanctions against it are lifted, a senior leader has told the BBC.

Iran is the world’s eighth largest CO2 emitter, yet is one of the few countries not to ratify the Paris pact.

Emissions have soared in recent years as overseas investments in renewable energy have collapsed.

The government has also violently suppressed protests about water shortages.

“If the sanctions are removed, then we have a commitment towards the international community, it is at that time that they can transfer modern technology and finance to us especially in the area of renewable energy so we can modernise our deteriorating infrastructure,” he told BBC News.

I’m sure Iran will provide a solemn assurance that the technology gifted over to them by John Kerry’s climate crusade will not be used to harm US interests.

Lurch has long been someone who gives people like Alex Jones credibility, as there really are people that malevolently stupid.

After the crazy Obama/Clinton uranium deal – nothing with surprise me from the current WH Adminsitration .

And it is a safe bet that Dementia Joe 🤪will designate Kerry the Clown 🤡 as special envoy to “negotiate” the deal with Iran.

Well it won’t be Lesko Brandon.

How about Lysenko Brandon?

Kerry has already betrayed us in favor of Iran in the past, so I don’t doubt he’s ready to do it again.

They can get solar panels and windmills from China. What other tech are they after?

Iran; America the great Satan! Death to America! And oh ya. Can we have some of that 21st century tech you guys have. 😏

Deport Kerry to Iran. He has a daughter who is married to an Iranian so apparently Iran has a special meaning to him.

And you were surprised?

Don’t worry. John Kerry thinks he is still Secretary of State, so he will get right on negotiations with Iran. 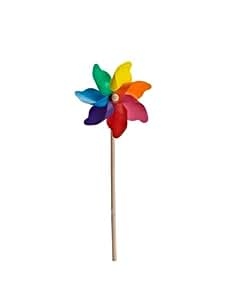 As with China, what kind of ‘climate technology’ is there to be had?

If there was something genuinely useful, then they would have already stolen it.

For China it is about access to technological innovation, they used to steal the tech – now Biden is giving it away….

“As with China, what kind of ‘climate technology’ is there to be had?”

I think the Mad Mullahs are more focused on getting financial aid, than on acquiring windmill technology.

No telling what Biden and Kerry will do with this. They are both stupid enough to consider it.

1
Krudd Gillard of the Commondebt of Australia

During the Cold War, the enemy had to put in great effort, showing tremendous ingenuity, daring and persistence to develop spy networks to steal secrets. Nowadays, not so much.

Still not forgiven Persia for nationalizing BP? Iran has not forgotten how the CIA put the Shah in power there.

Ali Salajegheh, the new chief of the Department of Environment (DOE)

Water is a huge issue. So dump the sanctions and there actually is a lot to do for the environment.

No mention of the Mad Mullahs developing nuclear weapons?

About that time, the Israelis will go to war with the Mad Mullahs.

We can credit Joe Biden with the coming Middle East blow-up.

In a very dangerous world, we have a fool like Joe Biden leading the country. Not good.

Obligatory disclaimer : Anyone who thinks the “appropriate” punishment for being gay is “throw them off the top of a tall building” should be condemned, but at least condemn them for real-world defaults.

1) Iran does not “have” any nuclear weapons in the Middle East to “give up”.
That would be Israel (and Pakistan, depending on your mapping skills).

3) If you convert 60% enriched UF6 (gas) to metal then it is completely useless for a bomb !
You need to keep going to 90(+)% enriched if your objective is a weapon / warhead.

4) If Iran got to the stage of building one warhead — which the inventors of chess will never actually reach — they would have to test it.
If Mossad hadn’t intervened before that point they would do so (very) soon afterwards.

Extracts from JCPOA sections 26 and 36 :

26. … The United States will make best efforts in good faith to sustain this JCPOA and to prevent interference with the realisation of the full benefit by Iran of the sanctions lifting specified in Annex II.

The U.S. Administration, acting consistent with the respective roles of the President and the Congress, will refrain from re-introducing or re-imposing the sanctions specified in Annex II that it has ceased applying under this JCPOA, without prejudice to the dispute resolution process provided for under this JCPOA.

The U.S. Administration, acting consistent with the respective roles of the President and the Congress, will refrain from imposing new nuclear-related sanctions.

Iran has stated that it will treat such a re-introduction or re-imposition of the sanctions specified in Annex II, or such an imposition of new nuclear-related sanctions, as grounds to cease performing its commitments under this JCPOA in whole or in part.

Iran has notified the UN-SC that it considers the US
i) completely withdrawing from the JCPOA (in 2018)
ii) re-imposing the “Annex II” sanctions, and
iii) imposing additional sanctions
as constituting “significant non-performance” of the JCPOA.

As long as the US keeps its “nuclear related” (negotiations are scheduled to restart on the 29th on the precise definition of this term) sanctions in place, Iran can halt (and restart) “its commitments” under various sections of the JCPOA “in part” as much and as often as it likes … and remain in complete compliance with the JCPOA.

Mark, understand that the U.S. was never, ever in the JCPOA to begin with. It was just words from Obama and Kerry. The treaty was never ratified by the U.S. Senate, therefore under our Constitution it was never U.S. law.

Also, Obama should have been impeached and prosecuted for illegally supplying billions of dollars to Iran in contravention of U.S. law, thus by Kerry’s own admission funding massive amounts of terrorism and mischief across the Middle East (since Iran funds/supports Hezbollah, Houthi rebels, unrest in Bahrain and other places, etc.).

“1) Iran does not “have” any nuclear weapons in the Middle East to “give up”.

How do you know? If they have the nuclear material, they also have the North Korean design for a weapon.

“That would be Israel (and Pakistan, depending on your mapping skills).”

You ought to read the newspapers more.

Here, I’ll do your homework for you to forstall your claim that it is just my opinion:

“David Albright, a former U.N. weapons inspector who tends to have a hawkish position on Iran, estimated in November that Iran’s breakout time could be “as short as 3.5 months”, although this presumes Iran would use 1,000 advanced centrifuges that were removed under the deal.”

Note that this article was written almost a year after this statement was made.

A “hawk” said last November that Iran has a 3.5 month “breakout time” …
… so Iran tested their “design” in February or March this year ?

Odd that the “newspapers” (online and/or paper) that I read didn’t mention it.

NB : I suspect the “newspapers” you read — the precise list of which I am supposed to “know” how, exactly ??? — didn’t include that particular “news” item either.

From your linked article :

There is evidence suggesting Iran obtained a design for a nuclear weapon and carried out various types of work relevant to making one.

Really ? The best you can come with is an anonymous source “suggesting” that Iran has “obtained” a set of blueprints constituting “a design for a nuclear weapon” ?

Again, what “evidence” did you have in your mind as you were typing the above post(s) ?!?

This “evidence” was provided by whom ?

Even the CIA, and Mossad, have said that the “various types of work relevant to (?) making one” was halted by 2003.

If they have the nuclear material, they also have the North Korean design for a weapon.

Buying X kilos of U-235 on the dark web doesn’t automatically come with “the North Korean design for a weapon”.

I hope like hell that I’m misreading this, but you appear to be suggesting that Israel nuking Iran on the suspicion of them reaching the “bomb assembly in 2 or 3 months (/ weeks / days ?)” stage would be a good thing ???

But why are we surprised? Sleepy Joe handed over $80bn worth of tech to the Taliban. That was just a taster.

Yes, it’s time for Kim of North Korea to put in his financial requests.

“Iran will ratify the landmark Paris agreement on climate change only if sanctions against it are lifted, a senior leader has told the BBC.”

Now Iran will impose their own sanctions on the developed world.

Why should John “Climate Czar” Kerry give Iran the US technology they need to build an efficient nuclear bomb, and perhaps ICBM technology thrown in too, in exchange for a “we’ll fight climate change too” pledge from these religious fanatics?

I thought Iran was well along this path all by themselves . . . well, maybe with a boost or two from the CCP.

I’m extremely biased against Iran. My opinions concerning Iran skew toward the ‘giant radioactive glass lined hole in the ground’ school of thought.

Will h that in mind, Iran will not negotiate in good faith with the USA or any agreement in which the USA is involved in.

Iranians are good people. The problem is they are enslaved by Madmen.

We need to eliminate the madmen, and save the people.

G.W. should have done it long ago. Now look where we are, George.

You can’t r@pe the willing.

Inserted into my “Climate Change is a shakedown racket” file.