The most powerful atmospheric river of the season so far is now imminent and will reach our coast later tomorrow (Monday).

Atmospheric rivers are fascinating creatures.   Why does atmosphere concentrate water vapor into fast moving narrow currents?  And why do such currents provide such bountiful precipitation and are so optimal for promoting floods and landslides?    These questions are among those that I and others have researched over the past decades and pretty much understand.

Below is a graphic showing the key parameter that characterizes atmosphere rivers, something called Integrated Water Vapor Transport (IVT),that is forecast for Monday night at 10 PM.  IVT is essentially the magnitude of the water vapor being moved by the atmospheric.  Mathematically, water vapor constant times wind speed.

In tis figure, the blue areas are locations with very high values of IVT (over 800 in the units shown)

Bringing a lot of water vapor in the area provides a source of water for clouds and precipitation, particularly as air is forced to rise on our terrain.

A group at Scripps Institute of Oceanography in San Diego even have an atmospheric rating system, similar to Saffir-Simpson Scale for hurricanes (Category 1-5)–see below– and it based on the IVT and duration.  The event we will experience this week will reach at least a Category 3 level!

What makes these event particularly threatening is that there will be two major pulses of large amounts of water vapor intrusion…. one late Monday/Tuesday and the other Wednesday morning, something shown by the forecasts of water vapor transports at those times (see below).  Each is associated with separate low pressure centers and strong winds.

You notice how the values decreases as the moisture plumes move inland?  Why do you think that is?

The answer is that water vapor is being precipitated out as rain and thus lost from the atmosphere.  The mountains are squeezing out the water vapor like one would do by squeezing a sponge.

But you want to see the precipitation, I’m sure.

For the 72 hours ending at 4 PM Wednesday, there will be 5-10 inches on the windward side of regional terrain, with some places getting OVER 10 inches near the CA/Oregon border.  Oregon is in the bullseye of this event.    And such heavy rain will be falling over regions that had the big fires last September, which is an issue of concern.

Atmospheric rivers generally are associated with warm air, and this one is no different, with freezing levels rising to 5000-6000 ft on Tuesday.  Not good for skiing at Snoqualmie those days.

To illustrate, check out the forecast map of heights (like pressure) at around 5000 ft for Tuesday morning.  Temperatures is shown by shading and winds by wind barbs.  A low near Alaska and high pressure/heights off of CA.  A big change in pressure and thus strong winds (from the southwest), bringing the warm, juicy air towards us.

This is not going to be an extreme, damaging event, but expect some localized flooding, especially in western Oregon.

AND on the same topic I received this tip from Joel O’Bryan today.

Message: The Pineapple Express takes aim at the US West coast for mid-week.

Expect a southward undulation as it crosses the Rockys!

Caught off guard is the new catch phrase of unprepared governments, markets, and the media.

To me the impressive thing is how long that train of moisture is. It is a 4,000 km long river of atmospheric deep moisture from the WA-OR stateline-coast to the tail which right now is about 1,200 km north and west of Oahu, Hawaii

We could use a stream to make it to the Colorado mountains.

Drink a lot of beer.

My local weather VORTEX map shows the river yet the daily forecast is 10% 20% 0% 10% for moisture, Northern Utah.

0
ATheoK
Reply to  Kevin A

Perhaps there are reasons for the extensive salt flats west and northwest of Salt Lake City?

The mountains east and northeast of Salt Lake City might condense some of the moisture into snow.

0
Jeff Alberts
Reply to  Kevin A

And my local forecast for Whidbey Island in Puget Sound says chance of rain for the next couple days, less than a tenth of an inch possible today, but half to an inch tonight. Then another tenth or so tomorrow (Tuesday) during the day, and half to one inch at night. I guess the rain doesn’t like daytime. Vampiric Rain?

Olympic Rain Shadow? And it looks like Whidbey is toward the northern edge.

I was hoping a lot of it would hit the Sierra Nevada, but it looks like there won’t be much that far south either.

A link to the EPA California https://www.epa.gov/sites/production/files/2016-09/documents/climate-change-ca.pdf

Which means there will more rain and less droughts.

When do the mudslides start in fire zones in Oregon?

If the rain is heavy enough and the fires have destroyed the vegetation then the mud slides start once a few inches of rain have fallen. Leaving areas of clear soil.
The rain ensures that the clear soil is moist and if it stays that way in the spring a lot of grasses will grow over the area of the mud slides and in all the fire scarred areas.
Then if the summer is dry and hot the grasses die, the dry stalks remain and become fuel for fires and the cycle starts again.

There are some nice pictures in the following link re: snow in Texas and the South, which led to some power outages. Snow of more than 6″ deep was reported in several areas, which is a relatively rare occurrence.

Snow has apparently been enlisted in delivering a stay at home message.

It is nice to see this wet stream coming in. It has been dry up here in Northern California this winter.

“You notice how the values decreases as the moisture plumes move inland? Why do you think that is?”

I’m thinking it’s Trump’s fault, but it could be Reagan.

Watch how far north the front will reach.
http://tropic.ssec.wisc.edu/real-time/mtpw2/webAnims/tpw_nrl_colors/alaska/mimictpw_alaska_latest.gif 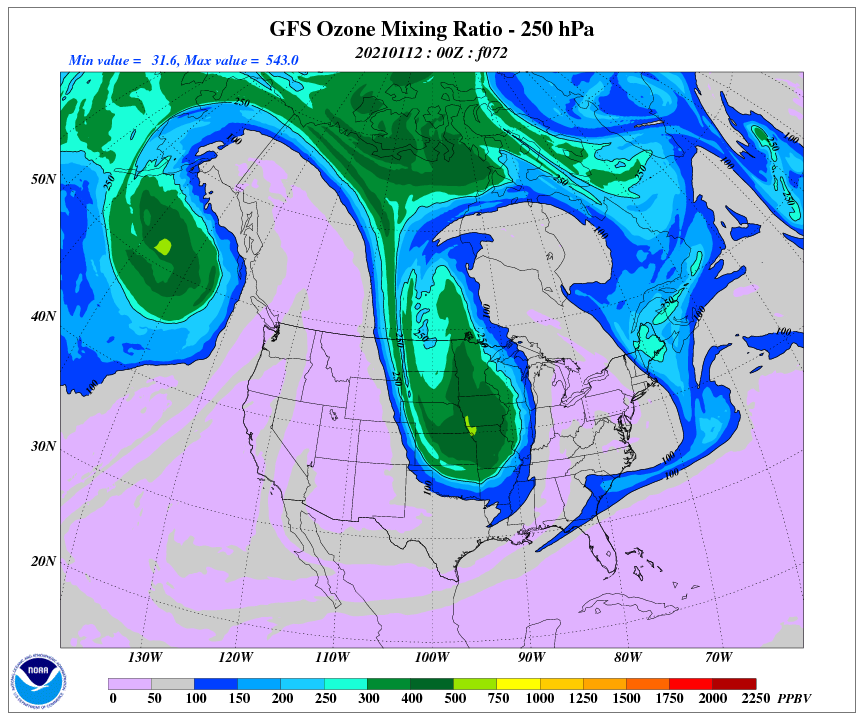 I love yelling ARKStorm in a crowded room!