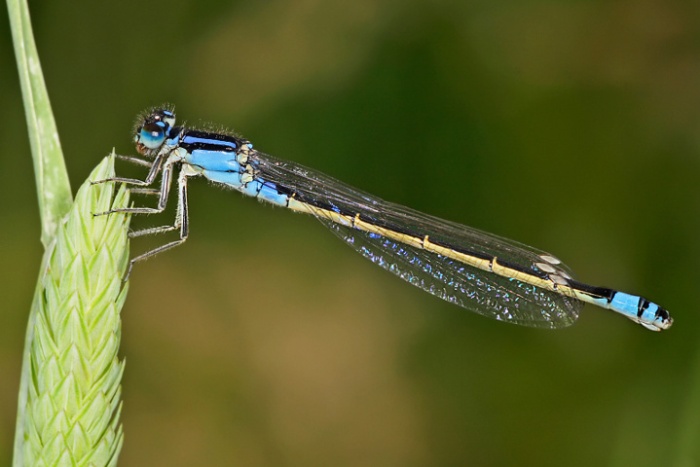 Australian scientists have discovered that Damselflies which are better at surviving a warmer climate pass their genetic advantages on to their offspring. But they recommend more studies to determine whether other species are capable of adapting to changed conditions.

Are damselflies in distress?

How are insects responding to rapid climate change?

Damselflies are evolving rapidly as they expand their range in response to a warming climate, according to new research led by Macquarie University researchers in Sydney.

“Genes that influence heat tolerance, physiology, and even vision are giving them evolutionary options to help them cope with climate change. Other insects may not be so lucky,” says Dr Rachael Dudaniec, lead author of the paper.

The study, published in Molecular Ecology today, investigated the genetics of an insect’s capacity to adapt and survive in a changing world by looking at the blue-tailed damselfly (Ischnura elegans) in Sweden.

“Damselflies, like other aquatic insects, are faced with a dilemma given the current and unprecedented rate of global warming,” says Rachael.

“Either they perish, move elsewhere or adapt to the new environmental conditions. It’s a classic case of fight or flight.”

But, she warns, this is certainly not the case for all species.

“Our research highlights the need to further investigate how different species will cope with climate change,” says Rachael.

What a surprising development – who would have thought that species subject to selection pressure would simply evolve new survival strategies?