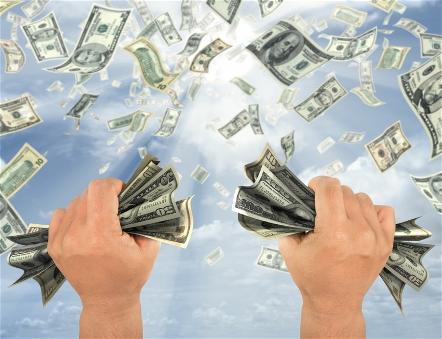 Standard & Poor, the credit rating agency which in 2015 paid $1.4 billion to regulators to settle legal action related to its role in the 2008 subprime mortgage fiasco, now thinks that renewable power is the future.

The global shift from fossil fuels to renewable energy will continue regardless of political action such as President Donald Trump’s decision to withdraw the US from the Paris climate agreement or outbursts from ex-Australian prime ministers, a senior ratings analyst says.

“The tide has turned,” said Michael Wilkins, the head of climate and environmental risks at Standard & Poor’s Global Ratings, adding the transition meant the economic viability of assets such as coal mines and coal-fired power stations would be “vastly impaired”.

Mr Wilkins’ comments come as new S&P research points to deep falls in the costs of renewable energy as other groups report important shifts by corporations at home and abroad on climate risks.

The risks include challenges their businesses will face in a carbon-constrained world but also the physical damage posed by more extreme weather events as the planet heats up.

Solar photovoltaic costs, which have halved in the last few years, will fall another 35 per cent by 2020, Mr Wilkins predicted.

“You could argue we’ve reached a tipping point,” he said, adding that with falling storage prices, intermittent energy sources could soon compete with traditional fossil-fuels on dispatchability grounds alone even without including their environmental advantages.

Frankly I’m shocked that an organisation which prides itself on prudential advice would take such a position.

Mr Wilkins by his own statements is talking about events which haven’t happened yet. He thinks renewables “could” soon be competitive with dispatchable fossil fuels, because of falling prices. He believes falls in the price of renewable generation and energy storage costs will continue.

Mr Wilkins might be right – if generation and storage prices fall sufficiently, if the wild superstorms predicted by alarmists start to manifest, renewables might start to look good. But claiming “the tide has turned” on the basis of a chain of unsubstantiated maybes is a ridiculous position for an agency which prides itself on its prudence.

You would think a ratings agency like S&P would have learned a little caution about hyping speculative future profits, given how they recently got their fingers badly burned because of their over-optimistic assessments of the value of subprime mortgage bonds which subsequently collapsed.

242 thoughts on “S&P Backs Renewables: “The Tide has Turned””