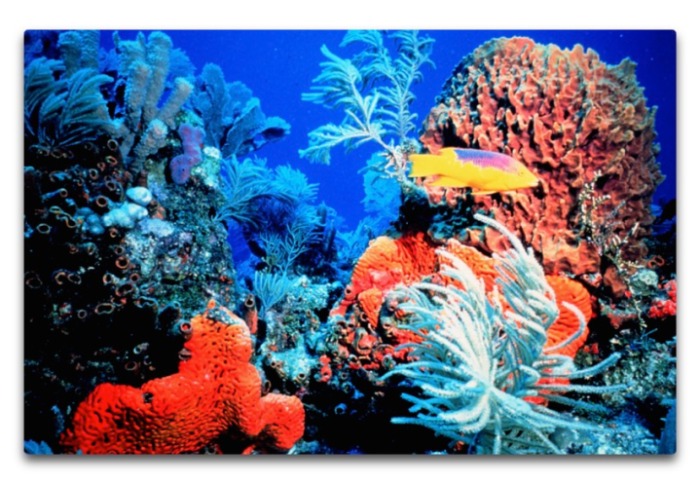 Scientists from the Australian Institute of Marine Science this month surveyed 14 coral reefs between Cairns and Townsville to see how they fared after being bleached.

The institute’s Neil Cantin said they were surprised to find the coral had already started to reproduce.

“We’re finding corals that are showing early signs of reproductive development, really visible eggs that we can see under the naked eye,” Dr Cantin said.

“It means they have enough energy, they’ve recovered the zooxanthellae and the symbiosis and they even have energy to invest in reproduction and egg development.”

This is a very different narrative to last year;

An aerial survey of the northern Great Barrier Reef has shown that 95 per cent of the reefs are now severely bleached — far worse than previously thought.

Professor Terry Hughes, a coral reef expert based at James Cook University in Townsville who led the survey team, said the situation is now critical.

“We’re seeing huge levels of bleaching in the northern thousand-kilometre stretch of the Great Barrier Reef.”

Of the 520 reefs he surveyed, only four showed no evidence of bleaching.

From Cairns to the Torres Strait, the once colourful ribbons of reef are a ghostly white.

“It’s too early to tell precisely how many of the bleached coral will die, but judging from the extreme level even the most robust corals are snow white, I’d expect to see about half of those corals die in the coming month or so,” Professor Hughes said.

“There’s good and bad news — the bottom three quarters of the reef is in strong condition,” he said at the time.

“Nonetheless we’re looking at 10-year recovery period, so this is a very severe blow.”

Who could have imagined that an organism which survived hundreds of millions of years of mass extinction events, and thrived during the warm Holocene Optimum would demonstrate noteworthy recovery capabilities?

117 thoughts on “Aussie Coral Reef Rises from the Dead”