Summary: The gridlock might be breaking in the public policy response to climate change. Let’s hope so, for the gridlock has left us unprepared for even the inevitable repeat of past extreme weather — let alone what new challenges the future will hold for us.

The below graph was tweeted yesterday by Gavin Schmidt, Director of NASA’s Goddard Institute of Space Sciences (click to enlarge). (Yesterday Zeke Hausfather at Carbon Brief posted a similar graph.) It shows another step forward in the public policy debate about climate change, in two ways.

(1) This graph shows a climate model’s demonstration of predictive skill over a short time horizon of roughly ten years. CMIP3 was prepared in 2006-7 for the IPCC’s AR4 report. That’s progress, a milestone — a successful decade-long forecast!

(2) The graph uses basic statistics, something too rarely seen today in meteorology and climate science. For example, the descriptions of Hurricanes Harvey and Irma were very 19th C, as if modern statistics had not been invented. Compare Schmidt’s graph with Climate Lab Book’s updated version of the signature “spaghetti” graph — Figure 11.25a — from the IPCC’s AR5 Working Group I report (click to enlarge). Edward Tufte (The Visual Display of Quantitative Information

) weeps in Heaven every time someone posts a spaghetti graph.

Clearing away the underbrush so we can see the big issues.

This is one in a series of recent incremental steps forward in the climate change policy debate. Here are two more examples of clearing away relatively minor issues. Even baby steps add up.

(1) Ocean heat content (OHC) as the best metric of warming.

This was controversial when Roger Pielke Sr. first said it in 2003 (despite his eminent record, Skeptical Science called him a “climate misinformer” – for bogus reasons). Now many climate scientists consider OHC to be the best measure of global warming. Some point to changes in the ocean’s heat content as an explanation for the pause.

Graphs of OHC should convert any remaining deniers of global warming (there are some out there). This shows the increasing OHC of the top 700 meters of the oceans, from NOAA’s OHC page. See here for more information about the increase in OHC.

Global atmospheric temperatures paused during period roughly between the 1998 and 2016 El Ninos, especially according to the contemporaneous records (later adjustments slightly changed the picture). Activists said that the pause was an invention of deniers. To do so they had to conceal the scores of peer-reviewed papers identifying the pause, exploring its causes (there is still no consensus on this), and forecasting when it would end. They were quite successful at this, with the help of their journalist-accomplices.

Now that is behind us. As the below graph shows, atmospheric temperatures appear to have resumed their increase, or taken a new stair step up — as described in “Reconciling the signal and noise of atmospheric warming on decadal timescales“, Roger N. Jones and James H. Ricketts, Earth System Dynamics, 8 (1), 2017. Click to enlarge the graph.

What next in the public policy debate about climate change?

Perhaps now we can focus on the important issues. Here are my nominees for the two most important open issues.

The key question has always been about future climate change. How will different aspects of weather change, at what rate? Climate models provide these answers. But acceptable standards of accuracy and reliability differ for scientists’ research and policy decisions that affect billions of people and the course of the global economy. We have limited resources; the list of threats is long (e.g., the oceans are dying). We need hard answers.

There has been astonishingly little work addressing this vital question. See major scientists discussing the need to do so. We have the tools to do so. A multidisciplinary team of experts (e.g., software engineers, statisticians, chemists), adequately funded, could do so in a year. Here is one way to do so: Climate scientists can restart the climate policy debate & win: test the models! That post also lists (with links) the major papers in the absurdly small literature — and laughably inadequate — about validation of climate models.

There is a strong literature to draw on about how to test theories. Let’s use it.

Climate models forecast climate based on the input of scenarios describing the world. This includes factors such as amounts of the major greenhouse gases there are in the atmosphere. These scenarios have improved in detail and sophistication in each IPCC report, but they remain an inadequate basis for making public policy.

The obvious missing element is a “business as usual” or baseline scenario. AR5 used four scenarios — Representative Concentration Pathways (RCPs). The worst was RCP8.5 — an ugly scenario of technological stagnation and rapid population growth, in which coal becomes the dominant fuel of the late 21st century (as it was in the late 19th C). Unfortunately, “despite not being explicitly designed as business as usual or mitigation scenarios” RCP8.5 has often been misrepresented as the “business as usual” scenario — becoming the basis for hundreds of predictions about our certain doom from climate change. Only recently have scientists began shifting their attention to more realistic scenarios.

A basecase scenario would provide a useful basis for public policy. Also useful would be a scenario with likely continued progress in energy technology and continued declines in world fertility (e.g., we will get a contraceptive pill for men, eventually). That would show policy-makers and the public the possible rewards for policies that encourage these trends. 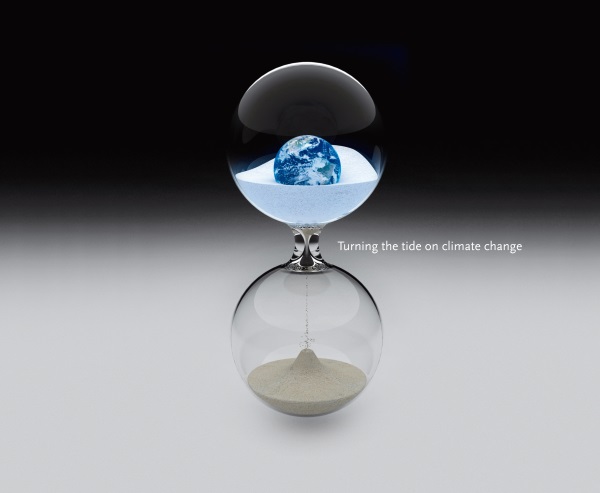 Science and public policy both usually advance by baby steps, incremental changes that can accomplish great things over time. But we can do better. Since 2009 my recommendations have been the same about our public policy response to climate change.

For more about the close agreement of short-term climate model temperature forecasts with observations, see “Factcheck: Climate models have not ‘exaggerated’ global warming” by Zeke Hausfather at Carbon Brief. To learn more about the state of climate change see The Rightful Place of Science: Disasters and Climate Change

by Roger Pielke Jr. (Prof of Environmental Studies at U of CO-Boulder).

512 thoughts on “A climate science milestone: a successful 10-year forecast!”