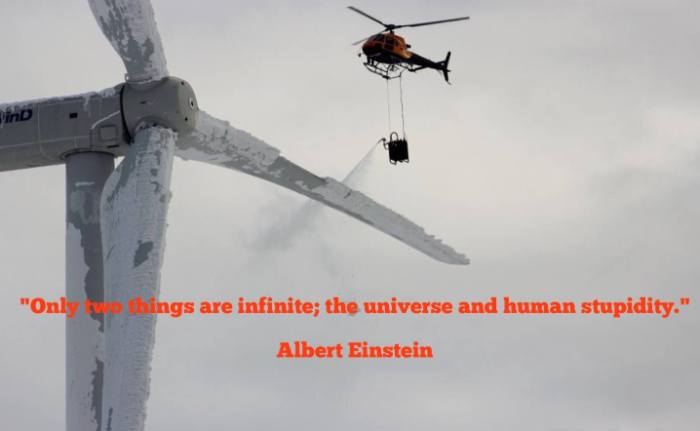 h/t englandrichard – According to Bloomberg, Green energy shortages caused by extreme winter cold have turned the EU energy market into a gigantic Prisoner’s Dilemma, with national governments tempted to take care of their own people, before allowing electricity exports to their European partners.

As freezing weather triggered energy shortages across southeast Europe at the start of the year, Bulgaria’s refusal to export power was typical in a region where everyone had to fend for themselves.

Nations from Greece to Hungary hoarded power last month in response to the coldest winter in a decade, exposing the weakness of the region’s power markets, which should enjoy unrestricted flows. Temperatures in the Balkans and surrounding countries are expected to drop below freezing again next week.

The reaction highlights the European Union’s struggle to break down national barriers for power and gas, integrate markets and bolster energy security as it tries to ease dependence on Russian fuel. While many southeast European countries are in the EU, they have been slow to modernize plants and cables in a region where assets per person for production and infrastructure are about a third of that in advanced Europe, according to the International Monetary Fund.

“What I see in the Balkans is clear evidence that everybody first secures its own consumption and only then, if they’re in a position to do so, they’ll help the others,’’ said Andras Totth, the deputy chief executive officer of strategy at Hungarian state-controlled utility MVM.

While aging infrastructure is a concern, the main obstacle to integrating markets in the region is lingering political distrust between the countries, according to Julian Popov, a Fellow at the European Climate Foundation and a former environment minister of Bulgaria. Every time power or gas supplies get tight, the nations’ top politicians panic and order exports to stop, which hurts traders, he said.

“It creates a typical prisoner dilemma — countries start thinking only of themselves,” Popov said.

The root cause of this desperation is Europe’s lunatic drive for green energy at any cost.

Why is the EU so stubborn about embracing renewables, despite the obvious problems? Unlike the USA, the true leaders of the EU are not chosen by the people. They never have to answer for their mistakes, to the people whose lives they blight.