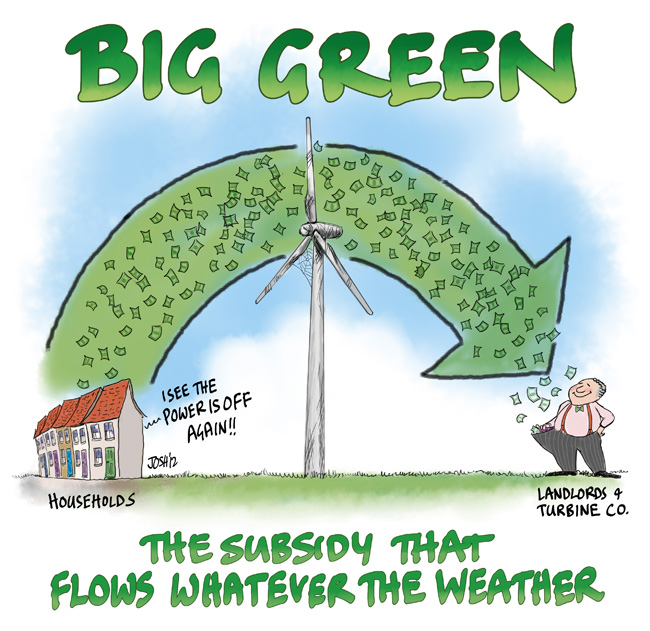 Greens are outraged that ERM Power, an Australian electricity company, has chosen to pay a penalty for not buying green energy certificates, rather than “supporting” green energy companies.

Company says it’s cheaper to pay the penalty, but the move is branded as ‘undermining of the objectives’ of the renewable energy target.

The Clean Energy Regulator has castigated a major electricity company for choosing to pay a $123m penalty rather than build or contract new wind or solar power.

It said the move was “hugely disappointing” and customers would rightly be outraged to know the company wasn’t using money collected for investing in renewables in the proper way.

ERM Power has announced it will pay the regulator rather than buy certificates of green power generation to meet its renewable energy target obligations for 2016, citing tax reasons.

“We view the intentional failure to surrender certificates as a failure to comply with the spirit of the law and an undermining of the objectives of the scheme,” the regulator’s chair, Chloe Munro, said. “It’s our view that an investment in a growing industry is money better spent than a financial penalty that has no return.”

In a statement to the stock exchange, ERM said the price for the large-scale generation certificates had more than doubled to nearly $90 each, while the penalty to the regulator was valued at $65 per certificate.

What this sorry affair exposes is how hideously expensive green energy really is, and the impact forcing electricity companies to buy useless green energy is having on the cost of electricity.

That $123 million which ERM paid to the regulator, in a fair market driven regime, would never have left the pockets of electricity consumers.

ERM’s courageous decision to pay a penalty rather than buy outrageously overpriced green energy will hopefully help expedite the demise of this nasty scheme to divert cash into the pockets of green rent seekers.