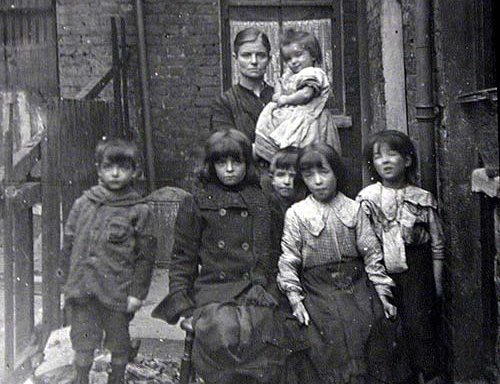 Falling living standards are contributing to a shocking surge in malnutrition, and diseases which were prevalent in the 1800s. My question – how much of this hardship is due to the skyrocketing cost of Britain’s green energy disaster?

According to the Independent;

Cases of Victorian-era diseases including scurvy, scarlet fever, cholera and whooping cough have increased since 2010

Cases of malnutrition and other “Victorian” diseases are soaring in England, in what campaigners said was a result of cuts to social services and rising food poverty.

NHS statistics show that 7,366 people were admitted to hospital with a primary or secondary diagnosis of malnutrition between August 2014 and July this year, compared with 4,883 cases in the same period from 2010 to 2011 – a rise of more than 50 per cent in just four years.

Cases of other diseases rife in the Victorian era including scurvy, scarlet fever, cholera and whooping cough have also increased since 2010, although cases of TB, measles, typhoid and rickets have fallen.

Chris Mould, chairman of the Trussell Trust, which runs a nationwide network of foodbanks, said they saw “tens of thousands of people who have been going hungry, missing meals and cutting back on the quality of the food they buy”.

The article in the Independent carefully avoids mentioning the cost of energy, but you don’t have to look far for evidence that electricity prices are placing a lot of stress on British household budgets. Quite apart from devastating job losses which occur when energy intensive industries are forced to close, because they can’t compete with lower energy costs in other countries, Eurostat reports that electricity costs have surged from £0.121 / kWh in 2010, to £0.155 / kWh in 2015 (USD $0.23 / kWh), a rise of 28%.

A lot of British homes rely on gas for heating, this isn’t always the case, especially in isolated rural regions. In any case, the price of gas has also surged, from £0.035 / kWh, to £0.046 / kWh. Thanks to British hostility to fracking, British gas supplies and prices are vulnerable, to political instability in Russia, and to sudden cold snaps – Britain is on the end of a long supply chain of countries which quite reasonably place the needs of their citizens first.

What evidence is there that green policies are exacerbating this price spike? Willis did a compelling analysis in 2014, which shows a strong relationship between installed renewable capacity, and domestic energy prices.

Figure 1. Electricity costs as a function of per capita installed renewable capacity. Wind and solar only, excludes hydropower.

British people are slowly waking up to the cost of green energy. For the British middle class energy costs are a serious annoyance. For the poor, rising energy prices are an unmitigated disaster. Adding to this burden, in the name of saving the environment, must be contributing to the ongoing surge in poverty related illnesses. One can only imagine the quiet suffering of British parents and grandparents, growing numbers of whom are going without, destroying their own health, to ensure their children get the warmth and nutrition they need.