Maybe ExxonMobil should file a RICO lawsuit against the “Shukla 20”, Inside Climate, the LA Times and this gentleman…

And thanks to their willingness to sucker the world, the world is now a chaotic mess.

A few weeks before the last great international climate conference—2009, in Copenhagen—the e-mail accounts of a few climate scientists were hacked and reviewed for incriminating evidence suggesting that global warming was a charade. Eight separate investigations later concluded that there was literally nothing to “Climategate,” save a few sentences taken completely out of context—but by that time, endless, breathless media accounts about the “scandal” had damaged the prospects for any progress at the conference.

Now, on the eve of the next global gathering in Paris this December, there’s a new scandal. But this one doesn’t come from an anonymous hacker taking a few sentences out of context. This one comes from months of careful reporting by two separate teams, one at the Pulitzer Prize–winning website Inside Climate News, and other at the Los Angeles Times (with an assist from the Columbia Journalism School). Following separate lines of evidence and document trails, they’ve reached the same bombshell conclusion: ExxonMobil, the world’s largest and most powerful oil company, knew everything there was to know about climate change by the mid-1980s, and then spent the next few decades systematically funding climate denial and lying about the state of the science.

These folks are so desperate to create a tobacco company analogy that they really must thing that the ends do justify the means.

After a cursory review of “the Pulitzer Prize–winning website Inside Climate News” and part one of their “bombshell conclusion,” I can safely conclude that Exxon didn’t know anything that wasn’t already known, published and available to the public.

At a meeting in Exxon Corporation’s headquarters, a senior company scientist named James F. Black addressed an audience of powerful oilmen. Speaking without a text as he flipped through detailed slides, Black delivered a sobering message: carbon dioxide from the world’s use of fossil fuels would warm the planet and could eventually endanger humanity.

“In the first place, there is general scientific agreement that the most likely manner in which mankind is influencing the global climate is through carbon dioxide release from the burning of fossil fuels,” Black told Exxon’s Management Committee, according to a written version he recorded later.

Exxon’s research laid the groundwork for a 1982 corporate primer on carbon dioxide and climate change prepared by its environmental affairs office. Marked “not to be distributed externally,” it contained information that “has been given wide circulation to Exxon management.” In it, the company recognized, despite the many lingering unknowns, that heading off global warming “would require major reductions in fossil fuel combustion.”

Unless that happened, “there are some potentially catastrophic events that must be considered,” the primer said, citing independent experts. “Once the effects are measurable, they might not be reversible.”

The “1982 corporate primer” was sourced from publicly available materials from Arrhenius (1896) to Ehrlich & Holdren (1977) to Wang, Yung, Lacis & Hansen (1976).  It appears that Exxon relied heavily on a National Research Council publication for this primer, Carbon Dioxide and Climate: A Scientific Assessment (1979).

The closest thing to a “smoking gun” that I could find was figure 3 on page 7 of the corporate primer.  It is sort of a climate model… It’s a cartoon derived from the NRC publication…

Out of curiosity, I plotted the Mauna Loa CO2 and HadCRUT4 temperature data at the same scale and overlaid it on Exxon’s “climate model”… 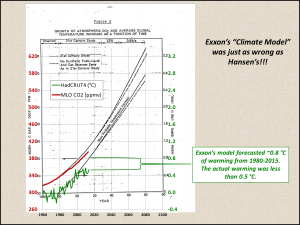 Figure 2: Exxon was just as wrong as Hansen!!!

Way back in 1982, Exxon knew what Hansen knew.  They knew that CO2 would cause nearly twice as much warming as would actually transpire over the subsequent 30 years.

I don’t know if I will follow this up with future posts… My ribs still ache from laughing at part one of this very bad joke.

91 thoughts on “What did ExxonMobil Know and when did they know it? (Part 1)”