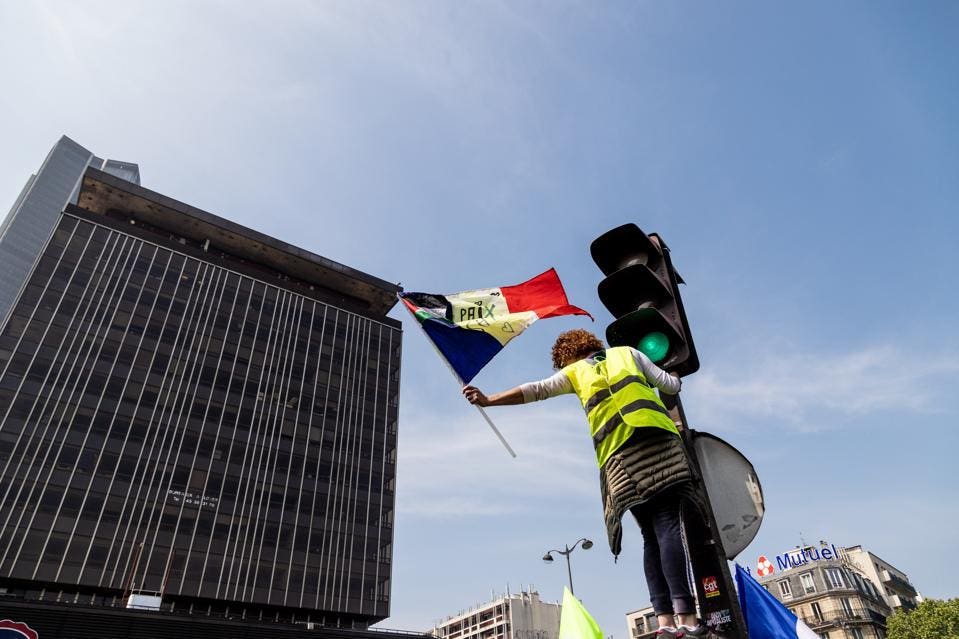 As some of the world’s largest carbon emitters, the major emerging Asian economies such as China, India and Indonesia as well as the developed countries Japan and South Korea have been under pressure in international climate change forums to adopt carbon pricing. Asian energy planners, however, are not likely to be encouraged by the experience of carbon tax legislation in a number of countries in the West which have been at the fore-front of “decarbonizing”. Many voters in the developed countries have become increasingly resentful of expensive climate change policies predicated on model-based projections of impending environmental catastrophe. There is no reason to believe that the average Asian citizen, generally poorer than his Western counterpart, will be any less opposed to policies which increase energy prices in his household budget.

It is well established among economists that a price on the carbon content of fossil fuels is a far more efficient policy instrument than bureaucratic regulations or government-directed subsidies for power plants, appliances, machinery, buildings and cars. A carbon price can be imposed as a tax or via emission trading schemes (“ETS”) which let markets set the price of carbon allowances. A group of eminent US economists published a bipartisan open letter in the Wall Street Journal earlier this year stating that a “carbon tax offers the most cost-effective lever to reduce carbon emissions at the scale and speed that is necessary”.

An increasing number of governments as well as regional and local authorities around the world have been legislating carbon or greenhouse gas (GHG) pricing schemes. In its latest (2018) global survey, the World Bank claims that carbon taxes and ETS continue “to gain traction.” To date, 88 countries of those (over 190) that submitted their “nationally determined contributions” to the Paris Agreement in 2015 have stated that they are planning to use carbon pricing as a tool to meet their voluntary commitments.

China, Japan and South Korea are experimenting with voluntary ETS in some cities and provinces while Thailand, Vietnam, and Taiwan are “considering” future ETS or carbon taxes. The tiny city-state of Singapore is the first on record implementing a nation-wide carbon tax of just under $4.00/tCO2e (ton of carbon dioxide equivalent, a measure of GHGs emitted) on large industrial emitters from 2019 onward.

The political revolt against carbon taxes

But these early moves on carbon pricing in Asia are likely to remain limited, as the unfolding political revolt against burdensome energy policies has become increasingly apparent in the West. On May 3rd, the German magazine Spiegel reported that the leader of the Christian Democratic party rejected the call for nationwide carbon taxes, as the interests of the German economy trumped climate change concerns of its partners in the governing coalition. This occurred only days after it was claimed that Germany was moving towards a carbon tax as senior officials from the coalition government had reached a seeming consensus.

The German U-turn is only the latest in a series of set-backs that carbon tax policies have faced in Europe. In March and April, two fledgling political parties on the right (the Finns Party and Forum for Democracy) surged electorally in Finland and Holland on campaign platforms that featured calls for lower fuel prices and an end to funding for international climate change agreements. The national protests in France by the yellow vests garnered a global media audience that witnessed the fury of voters’ reaction against fuel taxes among other issues. In December 2018, French President Emmanuel Macron was forced to suspend increases in petrol and diesel taxes.

In mid-April, Albertan voters in Canada elected a conservative government by a landslide — in a campaign that focused on repealing the carbon tax imposed by the incumbent New Democratic Party which supported Prime Minister Trudeau’s climate change policy ambitions. Alberta’s voters mostly agreed that the imposition of the carbon tax was “all economic pain, no measurable environmental gain” as the premier-to-be Jason Kenney put it. In June 2018, less than a year before Kenney’s big win, the new Ontario government led by Doug Ford promised that its first act in office would be to “fight any efforts by the Federal government to impose a carbon tax on the people of Ontario in court”. Unlike Canada, carbon tax or cap-and-trade schemes have long been political non-starters at the federal level in the US despite bipartisan efforts over the years. At the state level, voters in Washington defeated a carbon tax for the second time in November last year.

In August 2018, Australia’s Prime Minister Malcolm Turnbull endured a humiliating back-down over efforts to fund the country’s Paris Agreement pledges, ceding leadership to his party’s conservative faction which called for higher investments in the country’s coal sector as well as energy policies to lower Australians’ electricity bills. (Note that Australia had repealed its national carbon tax in 2014, less than two years after it was first instituted).

These set-backs to carbon pricing legislation follow a typical pattern. In voting constituencies where “green” policy initiatives are favored, campaign promises are followed up by newly-elected officials initiating ambitious carbon pricing schemes along with non-price measures such as technology-based regulations, subsidies and mandates favoring solar and wind power and electric vehicles. Unsurprisingly, retail energy prices have escalated in many countries and localities – from Germany to California, Australia to Canada. Green policies driving up the price of heating, cooling, transport and electricity then emerge as important bread-and-butter issues in many constituencies. The argument that higher energy costs are necessary to avoid potential environmental catastrophes in the future did not seem persuasive in many electoral contests.

A defining feature of the rapidly growing Asian economies has been the race to rapidly expand fossil fuel use to support industrialization, urbanization and increasing the living standards of citizens as the quid pro quo for political legitimacy. This holds across the political spectrum, whether in chaotically democratic India or authoritarian China. Yet, in their attempt to meet the aspirations of citizens by rapidly “carbonizing” their economies with reliable grid electricity, automotive transport, and cleaner cooking fuels (rather than charcoal, cow-dung and wood), Asian leaders have been lectured on their countries’ rapidly increasing “carbon footprint”.

Some Asian planners have reacted against the “carbon imperialism” of the West in a call for the continued importance of fossil fuels for economic development and poverty alleviation. But it is the wider voter reaction in the developed countries against costly climate change policies, fought out in electoral contests at local, provincial and national levels, that provide Asian leaders valuable lessons on the trouble with carbon taxes.

64 thoughts on “The Trouble With Carbon Taxes: Lessons For Asian Policymakers”