GOES-17, the western USA-centric twin satellite to GOES-16 looking at the east and midwest suffered some sort of mishap during launch and deployment. NASA and NOAA just announced they are convening a Mishap Investigation Board to determine the cause. Despite that, the spacecraft is mostly functional. Here is an image from the time of this writing: 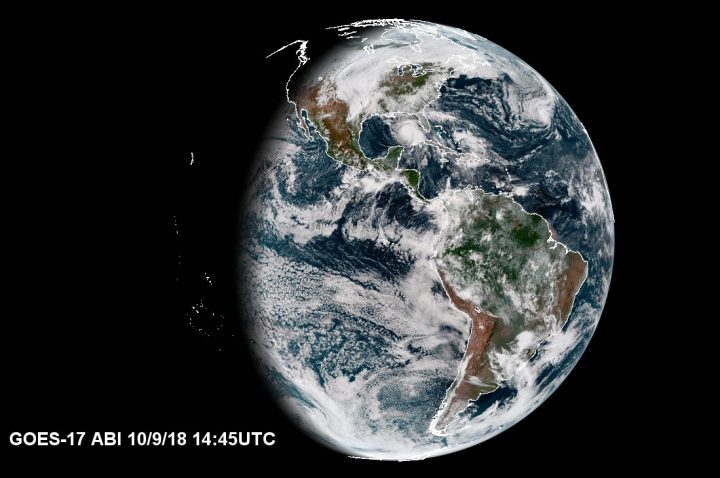 Zoom in of Hurricane Michael as it approaches the Florida panhandle: 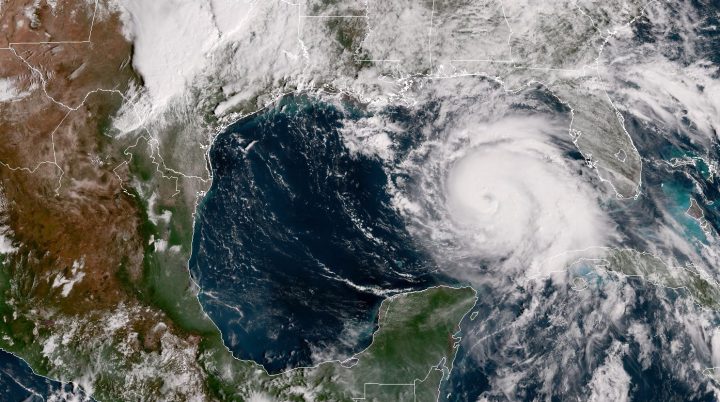 During postlaunch testing of the satellite’s Advanced Baseline Imager (ABI) instrument, it was discovered that the instrument’s infrared detectors cannot be maintained at their required operating temperatures under certain seasonal and orbital conditions, resulting in a loss of approximately three percent of the instrument’s availability over the course of a year. This loss exceeds a key design requirement.  While technicians continue to address an issue with the cooling system of the satellite’s imager, new views from GOES-17 show that its ABI is providing beautiful – and useful – imagery of the Western Hemisphere.

It is also serving as a solar observation platform, working in a similar way to the Solar Dynamics Observatory. While it is producing imagery, the satellite has not been declared operational and its data are preliminary and undergoing testing. Still, it’s great eye-candy of Earth.

Some samples are below. 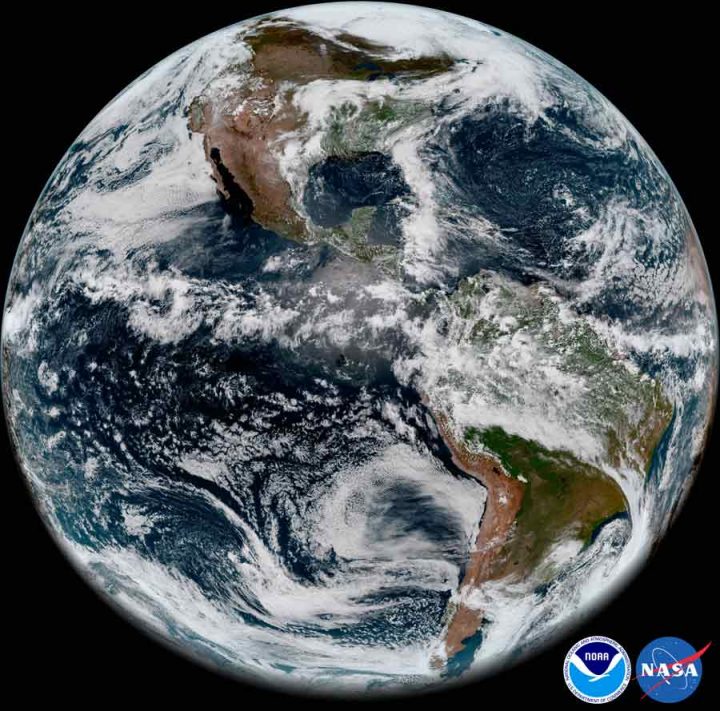 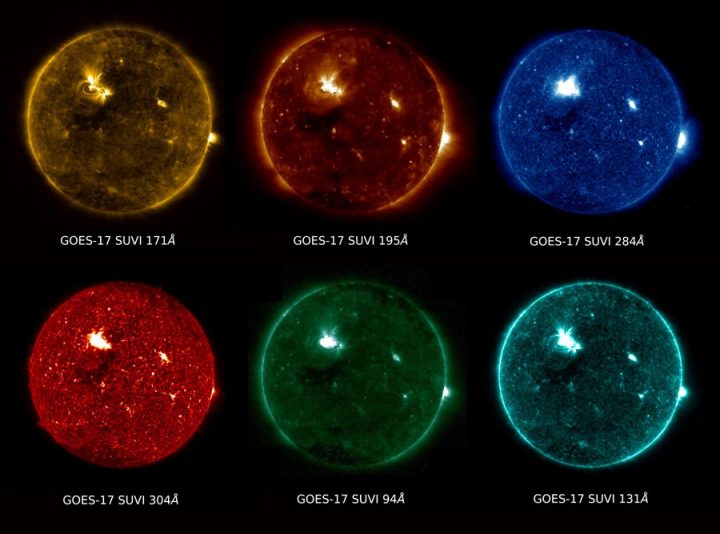 To see near real-time imagery from GOES-17, follow this link.

What a beautiful blue marble.

0
MarkW
Reply to  Tim from WA

Try as I might, I don’t see any CO2 in that picture.

But you can clearly see the ‘dirty’ residue that CO2 is spewing, it’s seen as the green areas of land mass.

i see lots of cloud cover.

Aargh! I feel their pain.

I have always been impressed at some of the work-arounds the satellite guys come up with. All is not lost.

It seems like someone at NASA bungled the equilibrium heat transfer calculations. Not surprising as they don’t have this right for the planet either. None the less, the data is significantly better than what we see from the older GOES satellites.

Some of the images of Hurricane Michael are impressive. I find it most impressive how fast the storm is moving. I am bookmarking that page to come back to it frequently.

Also, after one of those videos, YouTube recommended a flat-earth video. That made me laugh.

(sigh…a little research is a dangerous thing) No – NASA had nothing to do with this issue. The ABI instrument was built by ITT corporation & the cryocooler (which is malfunctioning) is built by Northrop Grumman.

The GOES-R series uses ‘active’ cooling (propylene gas as a refrigerant) vs. all previous GOES generations which used ‘passive’ cooling. There seems to be some sort of blockage in the cooling tubing which is restricting coolant flow…and the focal plane warms above what is desired for a period of time.

GOES-16 also suffers from the same problem just to a much lesser degree. The problem was even noticed on GOES-16 until they started comparing it to GOES-17. Obviously there’s a design issue that needs to be addressed before the next one is launched.

“GOES-16 also suffers from the same problem just to a much lesser degree.”

Propylene is an unsaturated hydrocarbon that will undergo radical polymerization if it’s initiated.

All it would take to set it off is exposure to a sleet of charged particles, such as one finds in solar wind, for example.

Maybe that’s the problem. The pipes are blocked by coolant that has polymerized into … wait for it … polypropylene. Now, there’s a novel material.

re: “All it would take to set it off is exposure to a sleet of charged particles, ”

Through the exterior of the satellite, through the metallic tubing representing the refrigeration system? High energy ‘particles’ e.g. X-rays perhaps but I would not expect electrons to do so …

Anyone else impressed with the abundance of lightning?

The best lightning I’ve seen from space is from low Earth orbit. I think I remember from Mercury days astronauts commenting on how much lightning there is and the interplay within and between storms.

The best lightning I’ve seen from the ground was with the July 4th derecho in northeast Ohio. 1969, IIRC. There’s a lot about it on the web now.

Best lightening I have seen is on long-haul flights over the tropics at night. Literally thousands lighting up clouds.

We get a storm or two every two to three years where the lightning becomes what the human ear would call non-stop … and this is verified by listening to the discharges on LW (longwave, approx. 200 kHz). This is accompanied by heavy precip as well as indicated on the local WSR-88D.

In fact, rapid-discharge lightning is one of the real-time indicators of heavy precip as I have observed the linkage between the two on a number of local T-storms.

This will upset flat-earthers!

A picture is worth a Thousand words. Hope they get everything fixed real soon. Same for Hubble…

The European Climate Megadrought – Which Happened 482 Years Ago

America’s Favorite Vehicle:  Priced Out of the Market