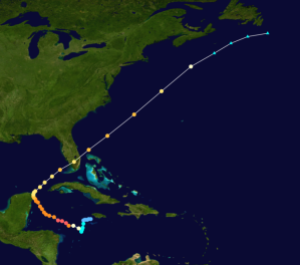 Now the US Federal Government has stopped crowding the market, a private firm is stepping in to fund climate research which might produce commercially useful results, like better Hurricane track prediction.

In an intriguing demonstration of what may become a more common funding model in coming years, Jupiter named Columbia University as its initial collaborator.

“Columbia is the first of many planned collaborations between Jupiter and academic institutions at the vanguard of understanding climate change science and its impacts,” said Rich Sorkin, CEO of Jupiter. “Collaboration between these partners and our staff … will foster productivity and innovation. Perhaps most importantly, we are accelerating the practical adoption of research.”

Sorkin said research that might take 10 to 20 years to be applied in government could be put to use in as little as six months at his company. “We have a strong interest in seeing the best available science and technology reach maturity as soon as possible,” he said.

Talk about win / win. Federal taxpayers are off the hook paying for mountains of questionable government funded climate research. The filter of commercial utility will sort the wheat from the chaff, will cut funding to researchers who don’t produce useful results. That same commercial imperative will ensure useful results are applied, instead of gathering dust in some government filing cabinet.

If this climate research funding model is replicated across the world, climate science might actually advance.