Stefan Rahmstorf recently got the AGU Climate Communications Prize, despite acting like a vicious jerkwagon when his claims get questioned by mere mortals, viz:

“A freelance journalist [Irene Meichsner] becomes the target of the renowned climate researcher Stefan Rahmstorf, who in the struggle for the supposed truth does not stop short of personal defamation.”

Meichsner actually sued Rahmstorf … and won. Unfortunately, it was a hard fight and the article ends:

“Irene Meichsner – who had to fight her legal battle for her reputation on her own – has had enough of climate issues for the time being. She no longer writes about this subject.”

Even the most famous, liberal German news magazine, Der Spiegel, generally among the climate change alarmists, published an article The Rough Methods of Climate Researcher Rahmstorf (in German and read by native-German Dr. Claudia Kubatzki) by Jan-Philipp Hein and Markus Becker.

The first paragraph makes it clear why the authors chose that title: “Journalists complain about attempts at intimidation, researchers distance themselves from the Potsdam professor.” And a little further on: “If a journalist addresses climate change and brings forth arguments that Rahmstorf finds bad, there can be trouble.

Here he is, crocodile smile and all … 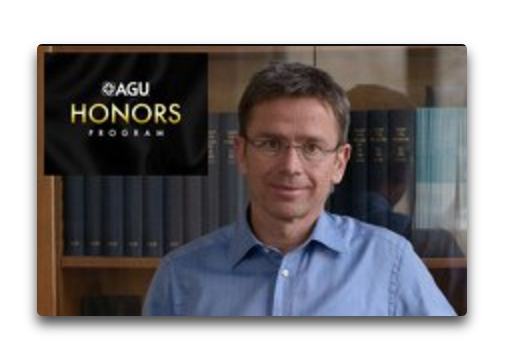 Now, however, he’s had to retract one of his usual BS claims due to errors that he is unwilling to specify … details here.

Wonderful fellow, right up there with Michael Mann, Peter Gleick, and the Climategate Unindicted Co-Conspirators … and just as foolishly wrong as the rest of them.
Regards to all,
w.
[Update] Well, that will teach me to read too fast. As Nick Stokes points out, Rahmstorf did NOT write the paper, in fact Rahmsdorf was the one to point out the error. Score … Nick Stokes 100%, and me, 0%.
However, Rahmstorf is still not a candidate for a communications prize … but then clearly, neither am I …
w.