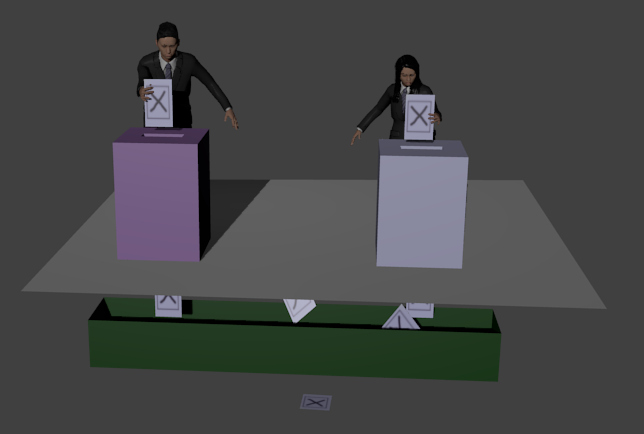 A new model for a greener democracy?

Rebecca Harms, a senior member of the German Green Party, and co-President of a major Green Group in the European Parliament, thinks referendums, direct plebiscites, should be limited to issues which don’t endanger power structures which she thinks are important.

A senior Member of the European Parliament (MEP) for the German Green Party has called for an end to referendums on issues “not suitable” for direct democracy because they threaten the very existence of the European Union (EU).

Rebecca Harms MEP (pictured above), a qualified tree surgeon and Co-President of The Greens–European Free Alliance group in the European Parliament, has said that some questions relating to the EU are not suitable for referendums.

Showing how much she values direct democracy, Ms. Harms used the shock of the recent rejection of the EU-Ukrainian agreement by the Netherlands to make the case for limiting the use of referendums in future warning that they could “endanger the existence of the EU”, reports Austria’s largest newspaper Kronen Zeitung.

According to German newspaper Kölner Stadt-Anzeiger, the list of subjects which others have deemed “not suitable” for referendums include the controversial but yet-to-be-finalised Transatlantic Trade and Investment Partnership (TTIP) agreement with the U.S., the principle of open borders within the EU, and the future of the euro currency.

Even worse, the left wing German newspaper Junge Welt reports that Ms. Harms claimed it is unacceptable for a mob of people to be able to reject an agreement that was “supported by all governments of Member States and their parliaments.”

This is not the first time WUWT has noted the authoritarian tendencies of some greens, ranging from praising the “efficiency” of the Chinese dictatorship, complaining about democratic “paralysis”, Bill Gates rant against representative democracy, or President Obama’s $500 million giveaway, without congressional approval.

Far too many prominent greens seem to think that some decisions are too important to be decided by voters. I guess when you believe the world is on the brink of a climate catastrophe, it is horribly easy to feel contempt for the wishes of ordinary people, especially when those wishes impede your great mission.

159 thoughts on “Green EU Leader: People should Not be Allowed a Direct Vote on Some Issues”