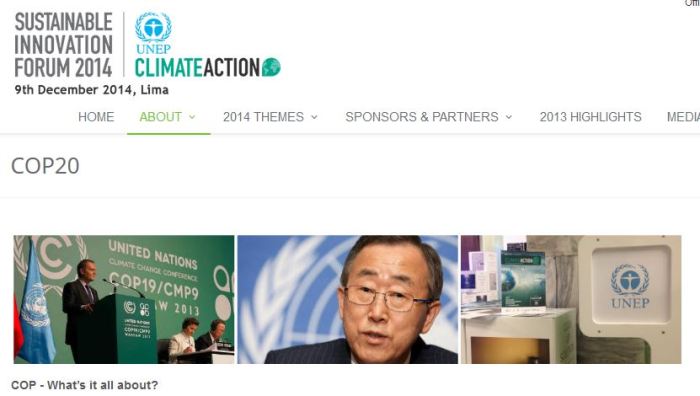 The mainstream media is awash lately with messages of optimism about the upcoming Lima conference, about the thousands of people gathering in Lima (no doubt after a long wind powered sea voyage) to help the international climate process reach a legally binding conclusion. But at least one green outlet – the Scientific American – is taking a more pragmatic view, acknowledging the likelihood that Lima will not produce anything of value, and urging green readers not to lose hope.

According to the Scientific American;

“No matter what comes out of the traveling circus known as the Conference of the Parties to the United Nations Framework Convention on Climate Change in Lima, Peru over the next few weeks, nations are taking action to curb global warming on their own. And by the end of the meeting in Lima, the world should be well on its way to delivering national commitments for combating climate change.”

Interestingly the Scientific American is talking up the benefits of nuclear power – a rare acknowledgement of the nuclear elephant in the room, when it comes to CO2 emissions;

“Electricity generated by the wind and sun has boomed in recent years, as has the hydropower from dams. China is building more nuclear power plants instead of coal-fired ones—and has pledged to increase such low-carbon energy to 20 percent of its supply by 2030.”

Nuclear power should be where greens and skeptics meet up. Most of us skeptics love nuclear power, because it is the future, the next stage of human civilisation. Greens should love nuclear power, because it reduces CO2 emissions. But as long as most greens irrationally reject the only option which can deliver what they want, in a realistic timeframe, the debate will remain stalled. No change to the status quo can or will occur.

126 thoughts on “Scientific American: Hope after Lima – Preparing the loyalists for failure”