Sea ice is well above recent levels for this time of year in the Southern Beaufort and only time will tell if that’s bad news for polar bears. Seals need the open water that early summer polynyas provide in order to feed and some polar bears make use of the hunting opportunities (Stirling and Cleator 1981; Stirling et al. 1981).

It’s been a decade since there was this little open water at the beginning of summer in the western North American Arctic, especially the Southern Beaufort. It’s looking unlikely there will be extensive open water until well into July, which may result in many fewer bears on shore in early summer. Recall that in July 2019, NOAA employees counted 31 fat, healthy bears onshore along the Alaska coast.

Past and Present conditions

The Cape Bathurst polynya in the Eastern Beaufort Sea west of Banks Island was usually prominent in May during the late 1970s (images below from Smith and Rigby 1981):

As you can see, this polynya was present in classic formation at May 15 this year:

However, by early June it had almost entirely re-frozen:

Now, at the first day of summer, the polynya is only just starting to open back up again and the ice surrounding it is thick multiyear ice (brown) and thick first year ice >1.2m (dark green):

The chart below shows there is more ice than usual in the Eastern Beaufort (blue):

The classic CIS chart shows what this looks like as ice coverage vs. open water:

Compare the above chart for this year (above) to previous years (below).

On or about the same date going back in time shows how unusual this situation is: there hasn’t been this little open water since 2013.

“With the announcement of the planned closure of Leicester’s Fox’s Glacier Mint factory, the fate of the sweets’ iconic stuffed polar bear has come into question.

Peppy, short for peppermint, has been the face of Fox’s Glacier Mints since 1922.”

Might be worth annotating the third map, to show whereabouts the first the first two are located. I’m not familiar with the north of Canada, and it took me a while to work it out!

And Greenland gaining mass until yesterday

Thank you for posting multiple Canadian ice maps, it very clearly shows the multi year melt and refreeze cycle of the last ten years. I imagine the 2022 polar bears will handle conditions about the same as the 2013 polar bears. How long do the bears generally live? Are some of them experiencing extensive pack ice for the second time?

Yeah but this new ice is not as good 😉

WWF needs to send few nutrition experts to the Arctic region.
Polar bears one year go on starvation diet and the next gorging themselves to obesity.
Occasionally feeding on a WWF expert might bring to balance the polar bears annual dietary oscillations 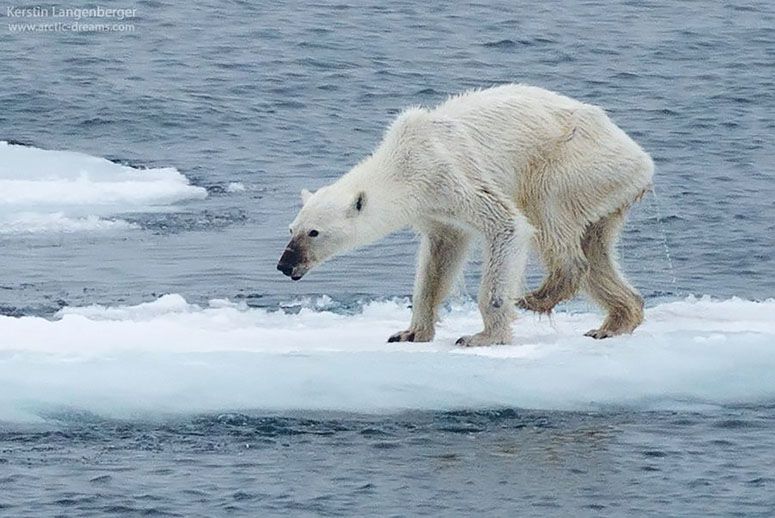 Last edited 1 month ago by Vuk
1
Mr.
Reply to  Vuk

Perhaps most polar bears become emaciated as they get closer to the end of life given the dearth of aged care facilities. Just photograph the oldies if your aim is to promote the climate crisis.

I thought that the problem for Polar Bears was too little ice!

I am so confused. I thought low ice was bad for the bears. Now more ice is bad? Did I miss a /sarc tag? Did I misread the article? Is there anybody out there that doesn’t have their head shoved up their agenda hole?

0
Call me a skeptic
Reply to  William Grubel

Study: “Over half of known human pathogenic diseases can be aggravated by climate change”

Reuters: COP27 to be a Battle Over Climate Change Compensation