Early last November, sea ice around Svalbard was the lowest it had been since 1967 and pregnant females were simply unable to den on the eastern islands of the archipelago and instead had to make their dens and give birth in the pack ice or the Franz Josef Land archipelago further east, as they have done before. However, the ice is back this fall with a vengeance: even Hopen Island in the south of region was surrounded by ice well before the end of the month but whether it will attract a few pregnant females remains to be seen.

Results of polar bear health monitoring in the spring of 2021 indicated the bears are doing just fine after last year’s low ice levels. Despite this evidence, a single bear photographed killing a reindeer in August 2020 was falsely blamed on climate change. The narrative never seems to change.

Polar bear cubs are born in late December to early January and most females attempt to have a den prepared well before this event. Pregnant females that prefer to den in eastern Svalbard but are unable to reach these areas due to lack of sea ice in the fall are known to make their dens in the pack ice or within the Franz Josef Land archipelago further east (Aars 2015; Aars et al. 2017; Andersen et al. 2012). This flexibility in the face of variable sea ice conditions is an obvious evolutionary survival mechanism that has provided the species with the necessary resilience to endure hundreds of thousands of years of natural sea ice variability (both much more ice and much less ice than was present in 1980).

Vocal polar bear specialist Andrew Derocher spent several years studying Svalbard bears in the late 1990s when summer sea ice conditions were beginning to change (Derocher 2005; Derocher et al. 2002, 2011). He fully embraced his Ph.D. supervisor’s unfounded suggestion that only human-caused global warming could account for the changes he had witnessed (Crockford 2019). Despite the fact that recent studies have shown that Svalbard bears are doing better now than they were in the 1980s (Lippold et al. 2019), he continues to dispense his ritual fearmongering whenever Svalbard ice varies downward (see below).

The graph Derocher pulled from his 2011 paper on Hopen Island maternity denning vs. ice levels in the above tweet suggests that at least some females should use the island if sea ice reaches it before the end of November, as it did this year (see below). Hopen is the long skinny island at the south-eastern edge of the ice (the island is actually easier to locate in the 2020 chart below):

However, monitoring data reveals that no bears have used the island since 2010 (below), despite good fall ice coverage by the end of November in 2019 and 2014, so it may be that pregant females have abandoned it for now.

Sea ice in 2021 vs. previous years at end November

This year at 29 November:

Bottom line: Despite record-breaking fall ice levels in 2020, on top of this region having the highest relative decline in summer sea ice of all polar bear subpopulations (Regehr et al. 2016), there is no signature of impending disaster in the spring 2021 polar bear monitering data or research done prior to that (e.g. Lippold et al. 2019): no starving males, poor cub surivval, or large numbers of females without cubs. Last summer should have been the ‘tipping point’ for this population, according to the models. But adequate winter and spring ice developed as it has always done and the bears are still thriving, as they were in 2015 (Aars 2018; Aars et al. 2017).

Durocher seems wedded to his model rather than testing it against reality.

Mother-bear needs lot of fresh fatty food to keep cubs going before stsrt of their hibernation. Perhaps a visit or two by few overweight climate change researchers might at least temporarily resolve the shortage of food supply.

If Svalbard is too difficult to get to, they can go to Churchill in Canada no problems.
Guardian is reporting that there is bad news for the bears, which don’t feed for the months leading up to ice formation. Instead, they laze around the bay, conserving their energy.
https://www.theguardian.com/world/2021/dec/03/no-easy-fix-polar-bear-capital-of-the-world-turns-to-electric-buggies-to-save-the-bears

It’s not clear if the electric buggies are for bears self drive, or the lazy bears will be chauffeured about by concerned climate scientists.

As bears see it the ecotourists are tasty enough snacks.

Vuk, I completely support the idea that mama polar bears could use the food supply support provided by such persons as you mentioned. Much easier to drag home to the den for dinner, and certainly would reduce the need for cash grants to “study” imaginary forecasts.

We are decades into global warming and at this point there should be no sea ice anywhere around the island and all the bears should have starved to death or moved on.

We know that volcanism can lower global temps for a year or so and warming would provide a buffer against this. In any case, there is a significant eruption of Indonesia’s Mount Semeru in progress.

That is pretty significant and that has to be an amazing sight. There is a lot of activity going on currently but it takes a rather violent blast to send aerosols into the stratosphere where they start to effect temps. Here are the current eruptions. I think they have to get to around 50K feet to be impactful. Note even Pinatubo had an eruption a week ago though it was classified as caused by an accumulation of water, not magma.

I hadn’t seen anything about the recent Pinatubo eruption. Anyway, back closer to your original point, the rare blizzard warming issued for the Big Island also would seem to be inconsistent with the warming narrative.

Aviation warning now out to avoid Semeru and expect ash to 45,000 feet according to Radio New Zealand.

‘The narrative never seems to change…’

The magnitude of climate change is inversely proportional to how remote and unverifiable by average people it is.

“‘The narrative never seems to change…’”

shouldn’t the scale be measured in guffaws, not griffs?

“…the bears are doing just fine…”

Which is a lot more than can be said for ‘net-zero’ hom sap in the West. 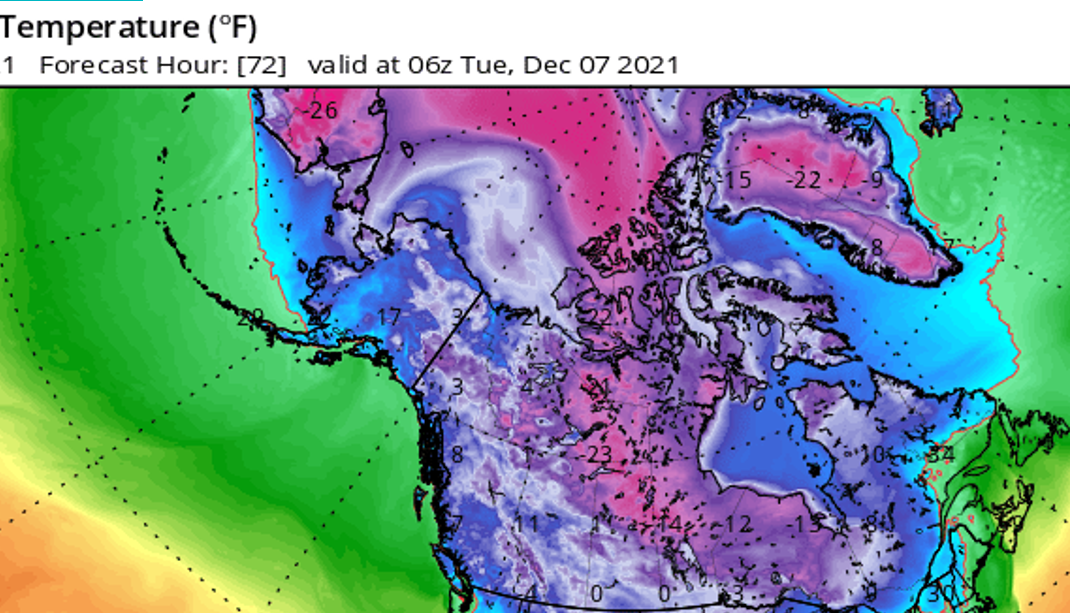 7
Redge
Reply to  Pat from kerbob

Polar bears have survived Ice ages and interglacials for 1000’s to millions of years. I detest activist ‘scientists’. THE worst.

Add up the population estimates and it comes to about 18 to 25 thousand bears not including the four huge areas composed of eastern Greenland, Russia’s Arctic shoreline and the Arctic Basin. So there are probably a few thousand more bears than there were 15 years ago.

Somebody used those population numbers before and back then they looked a bit funny, with an unexplained reduction from 1996 down to 2001. As Susan Crockford pointed out, there was a politicised effort to downplay the Polar Bear numbers around the late 90’s using movements of bears and lowest estimates of numbers. I would suggest that the numbers in 2006 should be more like 25,000 – 35,000 given the uncertainty of the Russian subpopulations – the numbers today would be more like 30,000 – 45,000 in all probability.

Thanks for the reply, your estimate, my estimate, Crockford’s estimate. In any case, it looks like the population is increasing.

Wikipedia says, “Of the 19 recognized polar bear subpopulations, one is in decline, two are increasing, seven are stable, and nine have insufficient data, as of 2017.”

Later today that may change the last edit was two weeks ago, so it’s over due (-:

Bottom line is, polar bears are the apex predator in the Arctic. Their numbers are diffuse and extremely difficult to track accurately. Having said that, in such a barren place, their population will likely never grow much beyond their present numbers. They don’t need to to remain vital.

Having followed Dr. Crockford’s excellent polar bear postings for a few years now, I can confidently say that polar bears adapt their habits to changes in their environment, hence their survival is not in doubt.

Can’t say the same for climate scientists though. Because they can’t adapt, I think it’s reasonable to expect that they (the scientists, not the bears) will go extinct in the foreseeable future.

MOSCOW ( A.P.) , — A rare case of a polar bear leaving the sea and attacking beasts on land has been reported by “Dawn of the East.” The attack took place recently In the tundra of tho Khatangzky region, where a polar bear charged a nerd of reindeer, killing four before a hunter shot the bear. “Hunters,” said the newspaper, “know of only one other similar event.”

Rarely reported but far from unprecedented. Is there more reporting because of climate change?

It’s the same with “extreme” weather.

Good for mother, father, and baby.

I wonder if it was female polar bears that gave us the term tough mudders. For us who live with our HVAC and supermarkets they really are stunning and resourceful creatures

The north polar vortex in the upper troposphere was broken into two centers consistent with the geomagnetic field. This is a phenomenon that repeats when the solar wind is weak.
The center that localizes over northern Canada will effectively freeze eastern Canada.