I ran across this interesting article on Real Clear Science today:

The Wide World of Science

Science is persuasive, and it should be; science is the great reality detector. What appears to be a scientific claim often isn’t. Promoters of pseudoscience (claims disguised as science that have little scientific value) are aware of the strong value placed on science. Attach the term science, or make it sound like science, and the value of a claim, product, or service is instantly enhanced. This can also be problematic because attaching the word science to a claim doesn’t make it science.

Pseudoscience is a major roadblock to rationality. Pseudoscientific beliefs are more costly than people think. Time and money spent on pseudoscience is time and money that could have been spent on beneficial activities. We live in an interconnected society, so the pseudoscientific beliefs of a few people may influence outcomes for many people. As an example, the false belief that autism is caused or associated with early vaccination has led to decreased immunization rates, more children being hospitalized, and in some cases death (Stanovich et al. 2016). As another example, consider the strange activity of Steve Jobs, who “ignored his doctors after being told of his pancreatic cancer and delayed surgery for nine months while he pursued unproven fruit diets, consulted a psychic, and received bogus hydrotherapy” (Stanovich et al. 2016,192).

The impetus for writing the Nonsense Detection Kit was previous suggestions made by Sagan (1996), Lilienfeld et al. (2012) and Shermer (2001). The Nonsense Detection Kit is referring to nonsense in terms of “scientific nonsense.” Nonsense as it is used here is synonymous with pseudoscience. There is no single criterion for distinguishing science from pseudoscience, but it is possible to identify indicators, or warning signs. The more warnings signs that appear, the more likely the claim is nonsense.

Jamie Hale is a college instructor, and he is associated with Eastern Kentucky University’s Cognitive Neuroscience Lab and Perception & Cognition Lab. He has published articles and books on a wide range of topics. Jamie is the director of www.knowledgesummit.net and author of In Evidence We Trust: The need for science, rationality and statistics. His future articles will address models for improved scientific thinking, popular myths, and rationality in terms of cognitive science.

Nonsense Indicator: Claims Haven’t Been Verified by an Independent Source

Here are the current top fifteen climate science reasons for not disclosing data or code:

15. It’s on a diskette somewhere, but I don’t know where.
14. If we get a good climatic story from a chronology, we write a paper using it. That is our funded mission! The rejected data are set aside and not archived.
13. A source code request by a reviewer is unprecedented in the 28 years since I founded the journal.
12. It’s on our FTP site, but I’ve forgotten the location.
11. His research is published in the peer-reviewed literature which has passed muster with the editors of those journals and other scientists who have reviewed his manuscripts. You are free to your analysis of climate data and he is free to his.
10. With regard to the additional experimental results that you request, our view is that this goes beyond an obligation on the part of the authors.
9. It’s password protected.
8. It’s the property of the originating author.
7. It will be available after we publish an article.
6. We’re planning to publish another article.
5. As an ex- marine I refer to the concept of a few good men. A lesser amount of good data is better without a copious amount of poor data stirred in.
4. I’ve misplaced it.
3. We have 25 or so years invested in the work. Why should I make the data available to you, when your aim is to try and find something wrong with it.
2. Giving them the algorithm would be giving in to the intimidation tactics that these people are engaged in.
1. No reply

Nonsense Indicator: Claimant Has Only Searched for Confirmatory Evidence

From The Houston Chronicle:

We’re scientists. We know the climate’s changing. And we know why.

Climate does not change by itself…

From the Union of Concerned Scientists:

Many scientific societies and academies have released statements and studies that highlight the overwhelming consensus on climate change science.

American Association for the Advancement of Science: AAAS Reaffirms the Reality of Human-Caused Climate Change

“Observations throughout the world make it clear that climate change is occurring, and rigorous scientific research concludes that the greenhouse gases emitted by human activities are the primary driver. This conclusion is based on multiple independent lines of evidence and the vast body of peer-reviewed science.” (June 2016)

“The Earth’s climate is changing in response to increasing concentrations of greenhouse gases (GHGs) and particulate matter in the atmosphere, largely as the result of human activities. … Unmitigated climate change will lead to increases in extreme weather events and will cause significant sea level rise, causing property damage and population displacement. It also will continue to degrade ecosystems and natural resources, affecting food and water availability and human health, further burdening economies and societies. Continued uncontrolled GHG emissions will accelerate and compound the effects and risks of climate change well into the future.” (2016)

“Extensive, independent observations confirm the reality of global warming. These observations show large-scale increases in air and sea temperatures, sea level, and atmospheric water vapor; they document decreases in the extent of mountain glaciers, snow cover, permafrost, and Arctic sea ice. These changes are broadly consistent with long-understood physics and predictions of how the climate system is expected to respond to human-caused increases in greenhouse gases. The changes are inconsistent with explanations of climate change that rely on known natural influences.”(December 2003, revised and reaffirmed December 2007, February 2012, August 2013)

“It is clear from extensive scientific evidence that the dominant cause of the rapid change in climate of the past half century is human-induced increases in the amount of atmospheric greenhouse gases, including carbon dioxide (CO2), chlorofluorocarbons, methane, and nitrous oxide.” (August 2012)

“While natural sources of climate variability are significant, multiple lines of evidence indicate that human influences have had an increasingly dominant effect on global climate warming observed since the mid-twentieth century. Although the magnitudes of future effects are uncertain, human influences on the climate are growing.” (November 2015)

“Human influence on the climate system is clear, and recent anthropogenic emissions of green-house gases are the highest in history. Recent climate changes have had widespread impacts on human and natural systems. “Warming of the climate system is unequivocal, and since the 1950s, many of the observed changes are unprecedented over decades to millennia. The atmosphere and ocean have warmed, the amounts of snow and ice have diminished, and sea level has risen.” (2014)

“Based on extensive evidence, … it is extremely likely that human activities, especially emissions of greenhouse gases, are the dominant cause of the observed warming since the mid-20th century. For the warming over the last century, there is no convincing alternative explanation supported by the extent of the observational evidence.

“The scientific understanding of climate change is now sufficiently clear to begin taking steps to prepare for climate change and to slow it.” (2008)

Hot off the presses…

Climate communication for biologists: When a picture can tell a thousand words

Abstract
Pictures often tell a story better than the proverbial 1,000 words. However, in connection with climate change, many pictures can be highly misleading, for example, when a snowball is used to ridicule the notion of global warming or when a picture of a dead crop is supposed to alert people to climate change. We differentiate between such inappropriate pictures and those that can be used legitimately because they capture long-term trends. For example, photos of a glacier’s retreat are legitimate indicators of the long-term mass balance loss that is observed for the vast majority of glaciers around the world.

Triggering positive affect
Images or stories that demonstrate the significance of climate change for valued objects, places, or people—without evoking demotivating fear—can be effective triggers for public engagement. The need for affective engagement must, however, be balanced with informational content that accurately conveys the causes or impacts of climate change. If neither a snowball nor pictures of polar bears or parched landscapes are legitimate images, what are?

Nonsense Indicator: Use of Excessive ‘Science Sounding’ Words or Concepts 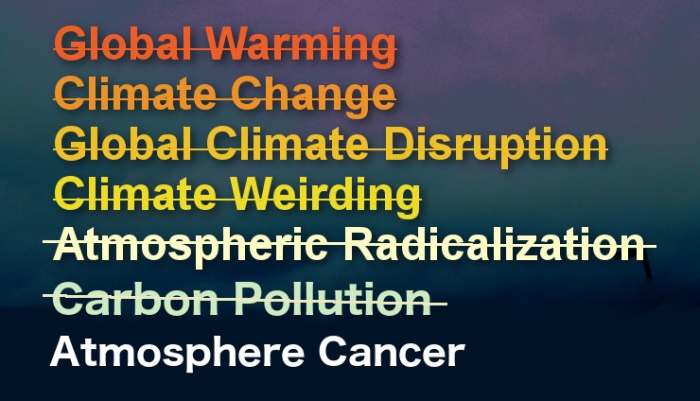 125 thoughts on “The DIY Nonsense Detector Kit: How to differentiate science from psychobabble.”