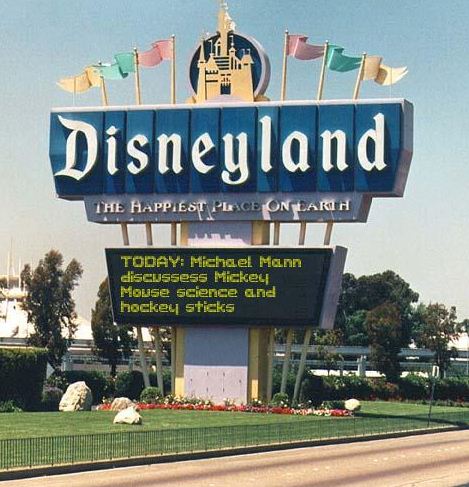 h/t Dr. Willie Soon – I’m not sure what to say to introduce this one…

If Disney Princesses Were Earth and Environmental Scientists…

Disney princesses are some of the most iconic figures in popular culture, and people love to reimagine them living in different worlds. There are zombie Disney princesses, the princesses as Game of Thrones characters, princesses reimagined as warriors, as hipsters…and even as cats.

But to science communicator and artist JoAnna Wendel, something was missing: science! In all their respective stories, these princesses prove themselves to be curious, resilient, adventurous, and determined: all good qualities in a scientist. So she drew them differently.

We picked up her drawings and fleshed out a bit of backstory behind each science-driven princess. In this alternate universe, Disney princesses do more than live luxurious royal lives. They use their talents to learn more about the natural world

A deep interest in the cryosphere comes naturally to a lady who can control ice with her will. After she noticed that the ice castle she pulled and shaped from a glacier’s depths contained different ice phases and forms, she set out to parameterize the variables that govern the formation ofthe ice that she’s able to conjure. Her latest claim to scientific fame? She can recreate all 18 known solid crystalline phases of water in less than 5 minutes.

And Elsa the glaciologist!!! pic.twitter.com/3e3TAHbU8n

Who knows? Maybe this is the start of something bigger. Perhaps Disney are feverishly working on a script as we speak, and their next cartoon princess hero will save the Earth from climate change.

Hah! I thought I was the only one!

John Harmsworth & Sheri ! Good for you !!
I blame Disney for the ANTHROPOMORPHISATION of ANIMALS ;
especially for the creation of all the ANIMAL RIGHTS organisations
and the “empathy” and “sympathy” created for said animals as
opposed to the “self-loathing-humans” who denigrate EVERYTHING
HUMAN ( and especially”our” human WESTERN CIVILISATION and
CULTURE ) . Animals = Good ! Humans = Bad !
Cartoons often depict despicable humans versus clever , cuddly animals
and inevitably the animals triumph over the evil humans despite their
technological advantages.
PETA and WWF , RSPCA etc etc are forever “carrying out the fight AGAINST
HUMANS” , particularly by LEGISLATION and ENFORCEMENT rather than
( what one would consider to be their strength and their expertise ) the
promotion and protection of ANIMALS by encouraging humans into
better behaviour and treatment , as ALL of them rely on DONATIONS
from these “reprehensible humans ” !!! Co-operation ! Nah ! THREATS !!
They now use GUILT…just as religions have done for centuries !
And the GLOBAL-WARMING-CULT is right up there with them !
Too many humans…..must LOWER their numbers etc etc .
xxxxxxxxxxxxxxxxxxxxxxxxxxxxxxxxxxxxxx
Even David Attenborough , whom I have the highest regard for as a
naturalist , has bought into the BAD HUMAN narrative !
In almost every programme now he denigrates humans for their
“failure to protect the habitat” of some obscure insect or animal
including coral polyps lately on the Great Barrier Reef no less !
And of course , CAUSING Global Warming !!
Clearing “bush-land” and turning it into productive farm-land
is now “EVIL” …loss of habitat..nutrient run-off…desertification…
excess water use….almost anything BAD that can be thought of
is raised AGAINST food production FOR MANKIND !!
xxxxxxxxxxxxxxxxxxxxxxxxxxxxxxxxxxxxxx
The use of CARTOONS is now NOT JUST ENTERTAINMENT
but INDOCTRINATION of “our children” . Talking animals ,
even snakes and crocodiles and sharks , distort reality in so many
ways . Sharks NOW have priority over HUMANS on our beaches !
NOW , if you get chewed up by a shark ” you shouldn’t be intruding in their
environment ” RATHER than the previous prevailing and sensible
attitude : Sharks are bloody dangerous ! Let’s catch and eat THEM instead !
Aaaaarrrggghh ! My days of watching Disney are forever ruined !!

Anthropomorphize them into cute Bambis while plowing under wetlands to create a theme park in the middle of a crocodile habitat …and then wonder how such a tragedy could occur as did.
…that sort of hypocrisy?

Disney’s universe is just so unrelentingly pure it makes me want to yak.

I though that “math is hard” … or was that Barbie who said that?

I assume the climate scientist princess will be brown up to nearly her scalp. And maybe bald and miserable.

Naomi Oreskes in a ball gown.

For that mental image, you’re welcome.

Anthony Watts in yoga pants.
.
For that mental image, you are also welcome.

Each to our own.

Thankfully Anthony’s brains are in his head, not his arse, so at least he’s in proportion.

Which head? The one above his neck, or the one below his waist?

Thought of that one all by yourself, did you Betty?

Michael, which one of your heads would you like me to play with?

So…we now have a “Betty” filling the Griff void?

The trolls have been going downhill since Griff left.

This site has been going downhill for the past year…. https://www.alexa.com/siteinfo/wattsupwiththat.com

That’s a very interesting link, Betty. It shows a graphical plot of the number of visitors to WUWT per month. Between March and April this year, the monthly visitors, which had been hovering around 40,000 quite rapidly went up to 50,000, where it seems to have stabilized.

The thing is, this Alexa has the graph upside down. The abscissa (vertical axis to those who don’t know the term) goes from about 35,000 at the top to about 53,000 at the bottom.

Why would anyone do that? I look to you for answers.

Could it be that the authors of that page want to make Anthony Watts and WUWT look bad and deliberately reversed the graph to make it look as if the number of visitors had been dwindling? Perish the thought!

Perhaps Michael Mann was brought in as a consultant. He knows all about upside-down stratigraphy. And I’m sure he bears no good will to Anthony.

Smart Rock, you missed the point of the graph. It does not show the number of visitors. Try again.
.
Hint: https://www.thefreedictionary.com/rank

Well Betty, I’m sure Anthony would thank you for your patronage if he can find time from the busy task of running the biggest climate related site in the world.

WUWT has migrated to a new support server and significantly upgraded its ‘user friendly’ features in the couple of months. It’s not surprising to see some drop off in ‘rank’ during a major transition. However, like natural cyclical planetary cooling and warming, it looks like the trend has again turned ‘up’!

I think this is the site that Anthony mentions every now and then. It’s a ranking system from 1 (the most popular) to “whatever” the least popular, site on the internet.

The map indicates visitors from empty deserts and frozen wastelands too. But Roger from Christchurch is missing. Roger? Calling Roger.

I didn’t know that January was a year ago.
Regardless, it’s fascinating how good trolls are at cherry picking their data.

MarkW shows all of us that he is incapable of reading a pretty simple graph.

Pretty good to know the rank for July in June.

They probably used a GCM. Those things can predict all sorts of things (except climate).

Note the downtrend there too. You might consider the posibility that public interest in the climate issue is becoming even lower than it was before. Evaporating? Sublimating?

Given that it was all simply a political marketing exercise, it probably means the end is close for it.

I’ve actually heard that the Alexia ratings for a lot of the English websites is going downhill as more and more sites in other languages are created, and more non-English speakers get on the net.

It’s a trend that can really only go one direction.

If they were real they would provide more detailed and responsive data than ARGO probes.

And if not they would provide the same data as the output of the climate models.

Its gotta be more interesting to the kids than the ‘torture the programming until you get the trend you want’ in the climate model ensembles being used now!

Ooooh…I would so love to see the Princess of the carbon cycle, remember grade 9 back in the day, so scienciey? She would break complex carbon chains into a colorless covalent bonded gas. By spray, vomit or flatulence she would apply this molecule on all over the biosphere bringing happiness where darkness, exclusion and intolerance once reined….Movie showings a 4:45, 4:50 & 4:55 (note: four minutes of commercials will be shown before each viewing).

Who knows? Maybe this is the start of something bigger. Perhaps Disney are feverishly working on a script as we speak, and their next cartoon princess hero will save the Earth from climate change.

“Captain Planet” has already been done.
(It didn’t do well.)

I would also suggest, on top of general admission, we also add a movie tax that everyone pays. This money would be then sent to areas where there are no movie theaters so people in these places can watch movies too free of charge. /sarc

I blame the mullet. 😮

Since CO2 is such a magical gas, I think it only fair that a climate princess should be associated with it. But it needs to be a really tiny princess, like Tinkerbell, since CO2 is such a small component of atmospheric gases. Mmmmm, even a microscopic fairy princess might be more appropriate, and when she gets really motivated, she can increase in size tremendously, … you know, like Ant Man. This would symbolize and fully capture the epic mountain-out-of-molehill mentality of climate alarmism — take a little thing and amplify it out of all proportions — Tinkerbell to Tinkerzilla — it’s a great idea !

Isn’t there already an ice princess ?

She can probably re-create a lot of ICE 9.

1
Crispin in Waterloo but really in Beijing
Reply to  otsar

Can she turn water into ice-wine? With that she could get quite a following.

OMG! Disney discovers Feminist Glaciology! That thread was the biggest snarkfest on this site in my experience.

poor bloody kids
can’t even have some pretend without some jerk trying to propagandise their day
not that i think the present day marketing n screen abuse is any good either.

Quite appropriate to take characters from a 100% fantasy world and depict them as “climate scientists” if, by “climate scientists” they are referring to shysters who peer into crystal balls, suck oodles of grant money out of taxpayers, fly around the world to exotic destinations collecting frequent flyer points while telling the rest of us to live in caves, and then predict the oncoming Armageddon that never arrives. This is the height of fantasy and exactly what we should expect from Gorebal Warming.

Disney, teacher of witchcraft to children.