AP Was There: The age of climate change begins

On June 23, 1988, a top NASA scientist told Congress and the world that global warming had arrived. NASA scientist James Hansen predicted that 1988 would be the world’s hottest year on record, thanks to the burning of fossil fuels that released heat-trapping gases.

The Associated Press is republishing a version of its report on the testimony to mark the 30th anniversary.

WASHINGTON (AP) — The “greenhouse effect” global warming of the earth is here, but the current drought and heat wave over much of the United States can’t be blamed on it, a scientist told a Senate panel Thursday.

However, similar heat waves and droughts can be expected much more often as a result of future warming, said James E. Hansen, a climatologist at the National Aeronautics and Space Administration’s Goddard Institute for Space Studies in New York City.

Hansen told the Senate Energy and Natural Resources Committee there is only a 1 percent chance that he is wrong in blaming rising temperatures around the world on the buildup of manmade gases in the atmosphere. 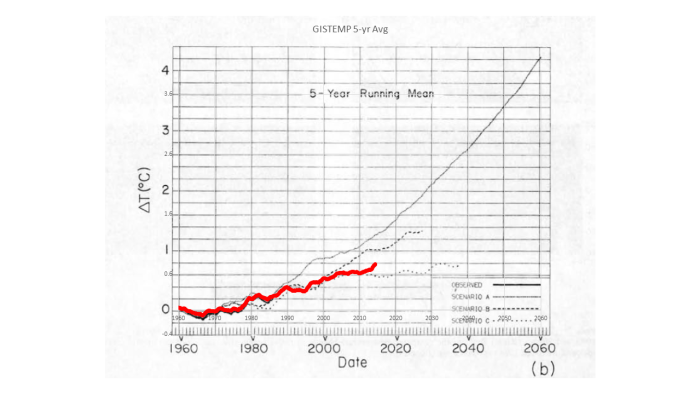 Scenario A is “business as usual.” Scenario C is where humans basically undiscover fire. 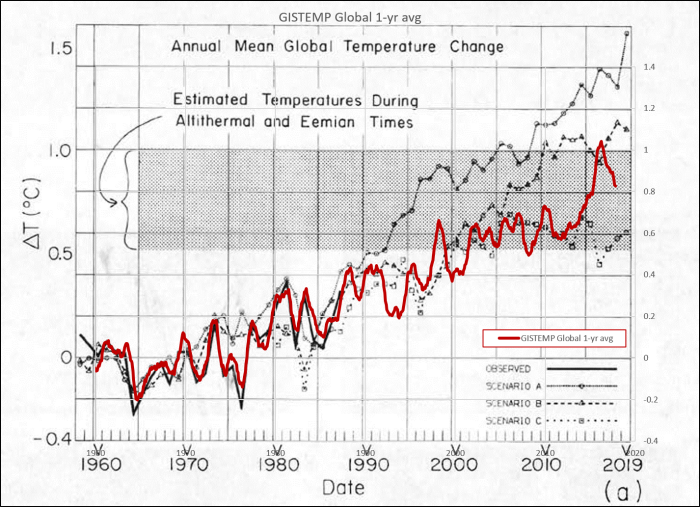 GISTEMP barely touched Scenario B during the 2016-2017 El Niño. It’s currently headed back down to Scenario C, the undiscovery of fire.