Viewers will be able to see labels on videos from government-funded outlets above the video’s title on the page.

“News is an important and growing vertical for us and we want to be sure to get it right, helping to grow news and support news publishers on YouTube in a responsible way,” YouTube News senior product manager Geoff Samek said.

“This notice on publishers receiving public or government funding, though still in its early stages, not only carries forward our work in this area through 2017, but represents one of many more steps we will take throughout 2018 to improve how we deliver news content on YouTube.”

The move comes after online tech companies such as Facebook and Twitter received backlash on Capitol Hill for their handling of Russian propaganda in the 2016 presidential election.

The social media giants have been criticized by lawmakers for not revealing the extent of Russian activity on their platform meant to influence the election.

Despite YouTube’s efforts to combat the negative use of state media, U.S. broadcaster PBS has lashed out at the move.

“Labeling PBS a ‘publicly funded broadcaster’ is both vague and misleading,” a PBS spokesman said in a statement to The Washington Post.

“PBS and its member stations receive a small percentage of funding from the federal government; the majority of funding comes from private donations. More importantly, PBS is an independent, private, not-for-profit corporation, not a state broadcaster. YouTube’s proposed labeling could wrongly imply that the government has influence over PBS content, which is prohibited by statute. If YouTube’s intent is to create clarity and better understanding, this is a step in the wrong direction.”

Via The Hill Here is the announcement in full from YouTube:

A big goal for us in 2018 is to provide greater transparency across the board to our community of creators, advertisers, and viewers. In one small step towards that commitment, today we will start rolling out notices below videos uploaded by news broadcasters that receive some level of government or public funding. Our goal is to equip users with additional information to help them better understand the sources of news content that they choose to watch on YouTube.

We’re rolling out this feature to viewers in the U.S. for now, and we don’t expect it to be perfect. Users and publishers can give us feedback through the “send feedback” form. We plan to improve and expand the feature over time.

The notice will appear below the video, but above the video’s title, and include a link to Wikipedia so viewers can learn more about the news broadcaster. (see example below) 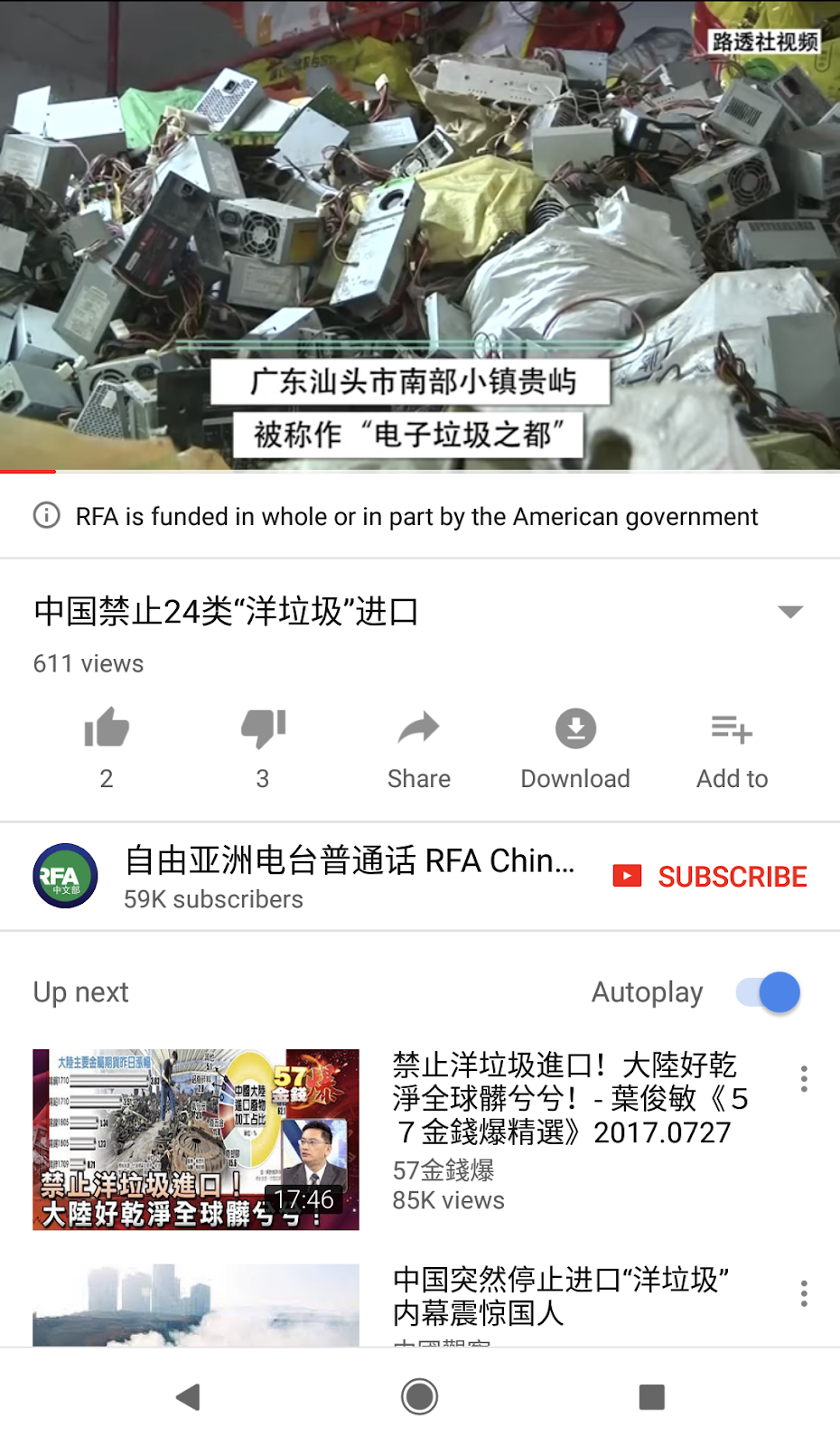 News is an important and growing vertical for us and we want to be sure to get it right, helping to grow news and support news publishers on YouTube in a responsible way. This work follows a series of changes we made throughout 2017 to better surface authoritative news content. In 2017, we launched a “Breaking News” shelf on the home page to prominently surface news after a major event and a “Top News” shelf in YouTube search results to highlight news from authoritative sources for news-related queries.

This notice on publishers receiving public or government funding, though still in its early stages, not only carries forward our work in this area through 2017, but represents one of many more steps we will take throughout 2018 to improve how we deliver news content on YouTube.

I find it hilarious that PBS objects to being labeled as being “funded in whole or in part by the American government”. The entity was created by an act of congress according to Wikipedia (based on the CPB financial reports):

The Corporation for Public Broadcasting (CPB) is an American privately owned non-profit corporation created in 1967 by an act of the United States Congress and funded by the federal government to promote and help support public broadcasting.

The CPB’s annual budget is composed almost entirely of an annual appropriation from Congress plus interest on those funds. 95 per cent of the corporation’s appropriation goes directly to content development, community services, and other local station and system needs.[8]

Public broadcasting stations are funded by a combination of private donations from listeners and viewers, foundations and corporations. Funding for public television comes in roughly equal parts from government (at all levels) and the private sector.

PBS doesn’t seem to get the “funded in whole or in part by the American government” part. If YouTube makes an exception for their caterwauling “No fair!” then the whole YouTube labeling program will be moot.

One wonders if this labeling will extend to government funded climate propaganda. Surely things like this from PBS will be labeled on YouTube. But what about NOAA, NSIDC, and NASA GISS videos? One can only hope.