From the “confirmation bias breeds delicious irony” department comes this hilarious moment when one climate alarmist gets pwned by the fake predictions of another.

Back in 2012, Andrew Freedman was working for “climate Central” and published a ridiculous story about sea level rise and New York LaGuardia airport.

I pointed out immediately how ridiculous and wrong his story was…

Freedman was trying to show that LaGuardia was susceptible to sea-level rise, and beclowned himself in the process with the faked-up photos depicting what it looked like. I commented then:

This is a ‘jumped the shark’ moment for Climate Central. Read the whole story here: http://www.climatecentral.org/news/coastal-us-airports-face-increasing-threat-from-sea-level-rise-16126

Gosh, I never knew that sea level rise was so abrupt that it would catch those speedy airliners off guard so fast they couldn’t move out of the way. The climate change onset was so fast…that maybe future archaeologists will find fossilized passengers with half chewed peanuts still in their mouths.

The problem with Freedman’s article depicting 5 and 10 foot sea level rise is that LaGuardia is 21 feet above mean sea level: 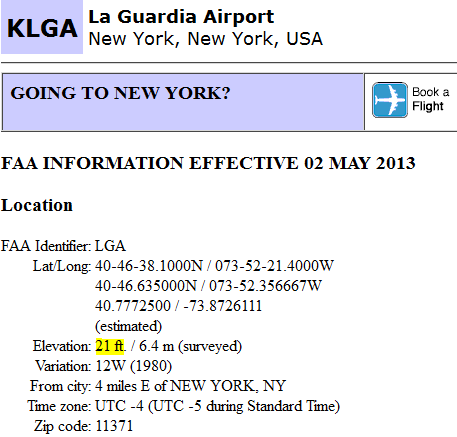 I added then: (with a slight grammar/spell correction added today)

So one wonders if there will be a retraction for the statement “What La Guardia Airport could look like with 5 feet of sea level rise” and of course the photo.

…yet it remains published at Climate Central today, and traps the unwary and the confirmation biased.

Today, it came full circle, and trapped former NYT Climate and Environment author Andrew Revkin, when he retweeted this: 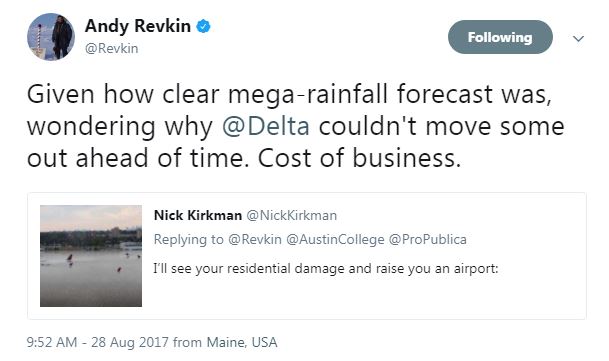 The photo, when enlarged, is this:

It wasn’t even the right city.

NYT’s former climate and environmental author Andrew Revkin, pwned by Climate Centrals former writer Andrew Freedman over a fake image. It doesn’t get any more hilarious than that.

ADDED about 5 mins after publication…

But Revkin at least has the good sense to own up to the mistake:

Now if only Andrew Freedman can convince Climate Central to get rid of that ridiculous article with the faked images.

UPDATE: Other news sources were taken in by the faked up image as well: 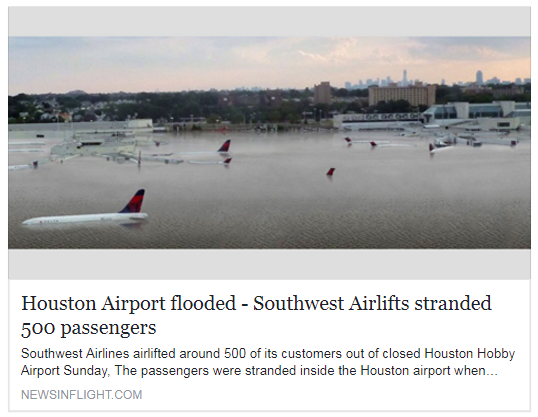 Note: Initially Wrong Photo was posted without knowing. We got the photo from the tweet news. After sharing the news on AeroChapter we came to know that the photo is a wrong one. So we changed it on the website, but couldn’t change what posted on FB because FB has no option to change photos. Also the posting couldn’t deleted because within minutes there are hundreds of shares.

Sorry for misleading. Actually it was not our intention to mislead