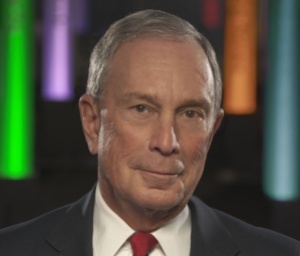 Former New York Mayor Michael Bloomberg is so upset that President Trump has cancelled payments to the UN Green Fund, he is sending his own money to the UN.

Today, Mike Bloomberg, the United Nations Secretary-General’s Special Envoy for Cities and Climate Change, announced a commitment of up to $15 million to support the operations of the UN Framework Convention on Climate Change (UNFCCC) Executive Secretariat, including its work to help countries implement their commitments under the 2015 Paris Agreement on climate change. Bloomberg will also work with other governments and philanthropies that may be interested in supporting the UNFCCC at this critical time. The pledge aims to fill a significant funding gap that comes as a result of President Donald Trump’s announced withdrawal from the Paris agreement and proposed steep budget cuts for international programs, including on climate.

“Americans are not walking away from the Paris Climate Agreement,” said Bloomberg. “Just the opposite – we are forging ahead. Mayors, governors, and business leaders from both political parties are signing onto a statement of support that we will submit to the UN – and together, we will reach the emission reduction goals the U.S. made in Paris in 2015. As a sign of our commitment, Bloomberg Philanthropies, in partnership with others, will make up the approximately $15 million in funding that the U.N.’s Climate Secretariat stands to lose from Washington. Americans will honor and fulfill the Paris Agreement by leading from the bottom up – and there isn’t anything Washington can do to stop us.”

Patricia Espinosa, the Executive Secretary of the UN Framework Convention on Climate Change (UNFCCC), said “We are grateful to Bloomberg Philanthropies for this generous contribution. While funding from governments remains central to our work, this kind of support is crucial for the work of the Secretariat to assist nations in their efforts to implement their commitments under the Paris Climate Change Agreement. In order to achieve Paris in full and deliver a low emissions, resilient and more secure future for every man, woman and child, it is very encouraging to see that all actors reaffirm their willingness to work together.”

Trump indicated the administration will terminate all support for UN climate change efforts. This would slash the US contribution to the operations of the UNFCCC – the climate negotiating body of the UN — creating an immediate gap. It will also cut previously promised funding for the Green Climate Fund, which provides billions of dollars in support for developing countries to meet their Paris Agreement commitments. The Green Climate Fund recently launched a request for proposals from private sector companies to cut emissions or improve climate resilience in developing countries, offering a total $500 million in funding overall.

From 2014 to 2016, Bloomberg Philanthropies supported the UNFCCC – the climate negotiating body of the UN – for its work with “non-state actors” including cities, states and businesses. Bloomberg Philanthropies can fill the gap left by the US government backing out of its commitments. Support would be allocated to cover staff costs in Bonn, Germany associated with their climate negotiations and communications efforts.

This move simply reinforces my perception of President Trump’s genius when it comes to getting a good deal for US taxpayers. There never was any need for the USA to put taxpayer’s money into the UN Green Fund – rich virtue signallers like Bloomberg are happy to pick up the tab.

Now if only Trump can persuade Bloomberg to pick up the tab for the USA’s entire UN contribution. Maybe we could define all UN contributions as “green money”.