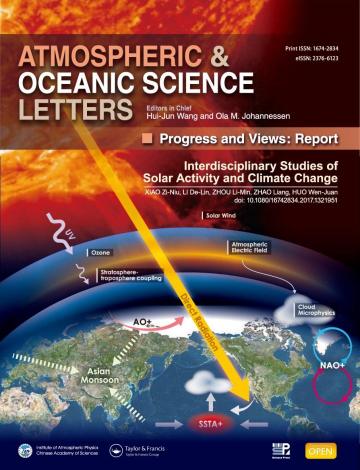 Solar impacts on earth’s climate are most sensitive in polar and tropical Pacific regions and the monsoon activity plays a crucial role in the propagation of solar signal between different latitudes. CREDIT Ziniu Xiao

The solar flux is considered the fundamental energy source of earth’s climate system on long time scales. In recent decades, some studies have noted that the tiny variations in solar activity could be amplified by the nonlinear process in climate system. Therefore, the astronomy factors, such as solar activity, present intriguing and cutting-edge questions to better understand climate change.

Due to the interdisciplinary nature of this subject, studies in this field were insufficient in China. In 2012, China’s National Basic Research Program examined the impacts of astronomy and earth motion factors on climate change. Led by Prof. Ziniu XIAO (Institute of Atmospheric Physics, Chinese Academy of Sciences), this five-year research program that involved scientists in different research fields has greatly advanced understanding of this topic.

One of the major achievements by the multidisciplinary team is that a robust relationship between solar wind speed and North Atlantic Oscillation was found not only on a day-to-day time scale but also from the perspective of year-to-year variation, suggesting a much faster mechanism of solar influence on atmospheric system compared to the ozone destruction. Moreover, the team improved the collision and parameterization scheme and qualitatively evaluated the effects of solar energetic particle flux on cloud charge. Hence the team proposed that the solar wind and electric-microphysical effect was the key mechanism of solar activity on climate.

With the help of observations and model simulations, the team also found that the solar signal is more significant and detectable on an interdecadal time scale in some more sensitive regions, especially the tropical Pacific (eg. lagged dipolar convection pattern in tropical western Pacific; lagged El Nino Modoki-like pattern on tropical ocean surface) and monsoon regions (eg. rainband during the Mei-Yu season; north boundary of East Asian summer monsoon). Then a physical model is developed by the team to depict the interdecadal response of the air-sea system to solar activity.

The follow-up research by the team is currently in progress and focuses on two main aspects: one is the effects of solar radiative forcing and solar energetic particles on climate in middle-high latitudes through modulating polar stratospheric-troposphere coupling, and the other is the response of a tropical Pacific air-sea system to interdecadal variation in solar activity and how this response propagates into middle latitudes through East Asian monsoon activity.

A program report is recently published in Atmospheric and Oceanic Science Letters.