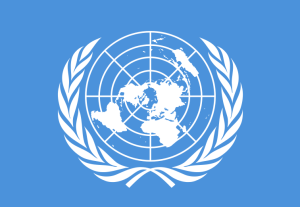 Australia has been repeated accused over the last few weeks, of successfully lobbying UNESCO to drop mention of the Great Barrier Reef from a climate report. My question – if a relatively minor world player like Australia can manipulate the content of a UNESCO climate report, what does this say about the scientific integrity of other UN bureaucracies, such as the Intergovernmental Panel on Climate Change?

Every reference to Australia was scrubbed from the final version of a major UN report on climate change after the Australian government intervened, objecting that the information could harm tourism.

Guardian Australia can reveal the report “World Heritage and Tourism in a Changing Climate”, which Unesco jointly published with the United Nations environment program and the Union of Concerned Scientists on Friday, initially had a key chapter on the Great Barrier Reef, as well as small sections on Kakadu and the Tasmanian forests.

But when the Australian Department of Environment saw a draft of the report, it objected, and every mention of Australia was removed by Unesco. Will Steffen, one of the scientific reviewers of the axed section on the reef, said Australia’s move was reminiscent of “the old Soviet Union”.

No sections about any other country were removed from the report. The removals left Australia as the only inhabited continent on the planet with no mentions.

The Guardian provides a link to a chapter which they claim was removed from the final report, thanks to Australia’s political manoeuvring;

Climate change is the primary long-term threat to the integrity and biodiversity of the world’s most extensive coral reef ecosystem. The Great Barrier Reef (GBR) was added to the world heritage list in 1981. It is one of the world’s most complex and diverse ecosystems, with at least 400 species of hard coral, 150 species of soft corals and sea fans, and more than 2,900 individual reefs and some of the most important seagrass meadows in the world – teeming with marine life of all sorts, including more than 1,600 fish species, seabirds, seahorses, whales, dolphins, crocodiles, dugongs and endangered green turtles. The GBR extends for 2,300km along the coast of Queensland in Northeast Australia and has evolved over a period of 15,000 years (Great Barrier Reef Marine Park Authority 2012, Unesco). The GBR region is important for the indigenous heritage of First Australians – Aboriginal and Torres Straits Islander people – who are the traditional wners. Climate change threatens hunting and fishing as well as other traditional and cultural practices. Some sacred sites are also at risk for the more than 70 traditional owner groups for whom natural resources are inseparable from cultural identity (Great Barrier Reef Marine Park Authority 2012).

Click here to see the official report. I haven’t read the full report, but just glancing through provided some interesting highlights. The Union of Concerned Scientists features in the list of credits. The Great Barrier Reef gets a mention on page 89, in the references, but as far as I can tell it is not mentioned elsewhere, which in my opinion supports the assertion of a hasty removal of censored material from the report.

The following is a statement by the Australian Environment Department, about their contact with UNESCO regarding this report;

The World Heritage Centre initiated contact with the Department of the Environment in early 2016 for our views on aspects of this report.

The department expressed concern that giving the report the title ‘Destinations at risk’ had the potential to cause considerable confusion. In particular, the world heritage committee had only six months earlier decided not to include the Great Barrier Reef on the in-danger list and commended Australia for the Reef 2050 Plan.

Recent experience in Australia had shown that negative commentary about the status of world heritage properties impacted on tourism.

The department indicated it did not support any of Australia’s world heritage properties being included in such a publication for the reasons outlined above.

The Department of the Environment conveyed these concerns through Australia’s ambassador to UNESCO.

The department did not brief the minister on this issue.

Regardless of whether you agree with the contents of the report, to me the far more damaging revelation is how easy it is for governments to manipulate UN climate processes – how susceptible the content of allegedly scientific UN Climate reports is to “political” input.

175 thoughts on “Australia Accused of Manipulating a UN Climate Report”