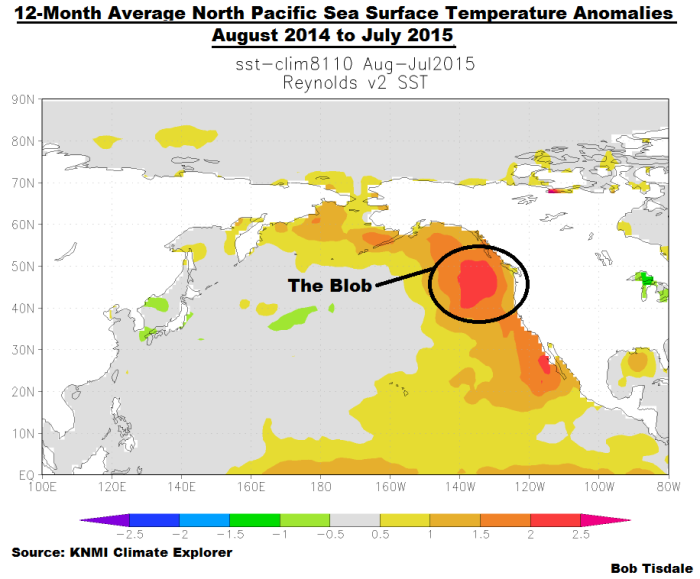 You learn right away when studying climate that geothermal heat is ignored as a possible heat source in the climate equation. Textbooks consider the Sun as the sole source of heat. I corrected the omission in the climate portion of a textbook I produced, but it didn’t change the situation. As with everything in climate, knowledge and understanding are in their infancy, as new evidence and limitations are regularly identified. This occurs despite the hindrance of political and financial road blocks created by the Intergovernmental Panel on Climate Change (IPCC) and their proponents. Skeptics continue to prove the science isn’t settled. The IPCC had to limit their research to only human causes of climate change because including natural sources makes that portion inconsequential. The unintended consequence of this decision was confirmation that you cannot determine the human portion if you don’t know the natural portion and its variability. They created their own Catch 22.

The effect of geothermal on global heat energy balance is still generally rejected, but various local effects keep the issue on the radar. These include the recent story on Greenland melt rates and the role of geothermal in Antarctica. They trigger questions about the number of volcanoes active below sea level and briefly resurrect the geothermal issue. The examples presented are almost all related to geothermal heat accelerating glacier melt and restricted to ocean related glaciers, but land-based glaciers are also affected. Usually, this involves increased basal melting and accelerated movement creating “galloping glaciers.”

I developed an interest in the role of geothermal heat as a source affecting oceans and thereby global water and air temperatures while pursuing Soviet submarines in the North Atlantic in the Cold War. Knowledge of the layers of water temperature with depth was essential for the pattern of noise transmission and the efficiency of our electronic capacity to track submarines. I was always amazed at the variation in temperature with depth even in the upper 300 m, especially the number of inversion layers. Later, I worked with the late Roger Pocklington on his transect of water temperatures from Newfoundland to Bermuda and the impact on the cod fisheries.

I became aware of the mid-Atlantic ridge, its length, and proximity to the surface (Figure 1). It is like a giant heating rod constantly pumping heat into the ocean. I am unaware of any calculations of the amount of that heat, but because it is so close to the surface, an impact on surface water temperatures is possible.

There are two issues in play; the total impact of geothermal heat on the ocean temperatures, and the regional impact of specific hot spots, especially around volcanoes. There are insufficient measures of the extent or magnitude of temperature input by conduction or convection through direct contact with magma (average temperature of 1350°C) with bottom water.

It’s hard to find vents and active volcanoes in the deep ocean.  To do so, scientists can use a CTD instrument package that measures the conductivity, temperature, and depth in the ocean. Changes in temperature and the cloudiness of the water may be a sign of a hot spring site or erupting underwater volcano.

This also applies to the amount of heat input around the ridges where the crust is thin.

In many places, the magma simply wells up beneath the weakened and thin areas of crust and fills in the cracks and fissures without ever breaking the surface.

In late 2013 an area of warm water known as “The Blob” appeared off the Oregon coast in the northwest Pacific. The media, with the help of climate alarmists, immediately began making links to global warming, El Nino, and weather events such as the drought in Oregon. The obsession and hysteria with human responsibility for all weather and climate changes created by the IPCC eliminate any consideration of natural, that is non-manmade, explanations. Most of the public think El Nino is a new manmade phenomenon.

At the Heartland Climate Conference in Washington DC., last summer, Dennis Groh, a retired professional engineer, approached me with his calculations and explanation for a geothermal source for the Blob. He identified the source of as the Axial Seamount, one of the most detailed and constantly monitored volcanic regions in the world (Figures 2, 3, 4)

(2) Latent heat for crystallization of basalt

The amount of energy from the magma was far in excess of what was needed to supply the heat necessary to create the “Blob anomaly.” The IPCC omits many variables in their political goal to produce predetermined results. Unfortunately, because of the narrow focus, the IPCC created, even regular climatology and climate science omits, ignores, or doesn’t even now about many factors. Some of this occurs because of the diversion of research funding almost exclusively to proving their anthropogenic global warming (AGW) hypothesis. Every single factor is important to achieve levels of understanding for accurate short and long-term forecasting. In the blame game, the omission of anything that affects the global energy balance that is even half the amount claimed as the human contribution is important. Since the human portion is a minuscule amount, this means that virtually every natural source, including geothermal heat, is critical.

145 thoughts on “Possible Explanation For Warm Ocean Water Off the Oregon Coast Known as “The Blob.””