From NASA Goddard: Danny has become a degenerate, that is, the tropical depression weakened. Satellite and Hurricane Hunter aircraft data showed that Danny degenerated into an elongated area of low pressure near the Windward Islands during the afternoon (local time) on August 24. Meanwhile two other developing low pressure areas lie to the east of Danny.

Satellite data from NOAA’s GOES-East satellite at 14:45 UTC (10:45 a.m. EDT) on August 24, showed Danny had become stretched out into a trough of low pressure. At 11 a.m. EDT (1500 UTC), the remnants of Danny were located near latitude 16.0 North and longitude 62.0 West. The remnants are moving toward the west near 12 mph (19 kph), and this general motion is expected to continue for the next day or two. Maximum sustained winds have decreased near 30 mph (45 kph).

The National Hurricane Center said that the remnants of Danny are expected to produce 2 to 4inches of rain over the Leeward Islands, the U.S. and British Virgin Islands, Puerto Rico, and the Dominican Republic through Tuesday night, August 25.

The trough is expected to dissipate during the next couple of days.

Shower and thunderstorm activity associated with low pressure system closest to Danny’s remnants were located about 950 miles east of the Lesser Antilles. That low pressure area appears ripe for development and the National Hurricane Center (NHC) noted that the system is likely to become a tropical depression or a tropical storm during the next day or so while it moves westward near 20 mph.

The second low pressure area is associated with a tropical wave far in the eastern Atlantic Ocean. That low is located near the Cape Verde Islands is accompanied by disorganized showers and thunderstorms. However, the NHC noted that environmental conditions are not expected to be conducive for significant development of this system while it moves westward at 15 to 20 mph over the next few days.

The first disturbance is now Tropical Storm Erika, but looks mighty sickly today. The African easterly wave train has started in earnest now, so expect more Atlantic tropical activity over the next few weeks. All of it non-AGW related. 😉

0
Mark from the Midwest

Another question for those of you that work in areas directly related to weather, climate, and allied sciences:
How good is the NHC at forecasting? From casual observation seems like they’ve had a lot of spectacular misses over the last 20 years, Are the misses just the nature of the beast or is the NHC just becoming another bureaucracy?

@Mark from the Midwest: 10:18am
had a lot of spectacular misses over the last 20 years
Care to name one spectacular miss?
True, the past few years they have predicted a likelihood for more hurricanes than have developed. Individually it means nothing. Collectively, across many years, might indicate a bias toward greater activity, and I’d like to see the statistics. But there is nothing spectacular about a statistical analysis whether it rejects H0 or not.

0
Mark from the Midwest
Reply to  Stephen Rasey

Charlie is one, up to 12 hours before it hit Port Charlotte they were saying it was a Cat 2 that would hit near or slightly north of Tampa. I also worked through Bertha, Ed, and Fran in 1996 for a D.O.D contractor. The first two cases they told us to vacate Hampton Roads 36 hours ahead, and they were complete misses, then for Fran they gave us less than 24 hours heads up when it made landfall as a Cat 3. Might have been the sequence of those 3 in 1996 that leads to my impression, but it’s enough to make wonder what was going in terms of forecasting.

0
Michael Jankowski
Reply to  Mark from the Midwest

Rita was pretty bad. They got everyone in Houston freaked-out and stuck in nightmarish evacuations, and it hit well north.

0
clipe
Reply to  Mark from the Midwest

0
Stephen Rasey
Reply to  Mark from the Midwest

@Michael,
Rita I think was more of a public overreaction to Katrina. And people learned from it.
When Ike came at Galveston-Houston people were more inclined to ride it out and leave the freeways to the people who had to evacuate the coastline.
You have to harden major cities. You cannot evacuate them.

I think they are making guess based on cognitive bias, but weather is random.
So on average, they will be wrong more often than they will be right.
I also think they have little idea why hurricanes do or do not form to begin with.
I think the big puzzle is “Why so few hurricanes?”

” they are making guess based on cognitive bias” that seems to be standard operating procedures in meterology these days.

.Westerlies from the Society Islands pick up moisture in the Pacific & Indian Oceans the amount of which determine the rainfall amounts in West Africa. More rain, more thunderstorms which move off shore and form hurricanes.

That is a great resource! Link saved…

Here is a very interesting mixing pattern. I have been following Arctic conditions closely for the last several months. Over the last several days the sea ice area has increased slightly, and for the last 12 days the trend has been sideways. I see a high probability for this trend to continue for the next 5 week, unless there is a major wind shift in the Arctic. Here is the pattern that is causing the sea ice area to remain stable and slightly buildup…http://earth.nullschool.net/#2015/08/27/1800Z/wind/isobaric/1000hPa/orthographic=-108.67,71.77,695

Looking at the GOES Atlantic water vapor loop and UW-CIMSS TCTrak, I believe that the high wind shear and dry air in Erika’s path will likely cause it to falter.
http://www.ssd.noaa.gov/goes/east/tatl/wv-animated.gif
http://tropic.ssec.wisc.edu/# (click on Erika, then select various overlays: shear, SST, VW etc)

Joe Bastardi gives insight to this on Weatherbell.com in this week’s sat. summary.

There’s just one…Erika
..and as usual they are overshooting their mark

The National Hurricane Center said that the remnants of Danny are expected to produce 2 to 4 inches of rain over the Leeward Islands, the U.S. and British Virgin Islands, Puerto Rico, and the Dominican Republic through Tuesday night, August 25.
Good, as all these places are having a drought year and need the rain. Lucky they don’t have to put up with high winds to get it.
http://www.google.com/url?url=http://virginislandsdailynews.com/news/st-croix-farmers-brace-for-losses-in-face-of-worst-drought-in-years-1.1917232&rct=j&q=&esrc=s&sa=U&ved=0CCIQFjACahUKEwiPnLX9o8XHAhXHy4AKHeHQAYk&usg=AFQjCNEtBwt1HEtRqslcSSQjqo3Ybyx6hQ
http://www.google.com/url?url=http://www.caribbean360.com/news/british-virgin-islands-on-drought-watch-with-dramatic-drop-in-rainfall&rct=j&q=&esrc=s&sa=U&ved=0CC4QFjAEahUKEwiPnLX9o8XHAhXHy4AKHeHQAYk&usg=AFQjCNG8wksI0uOwOg725kPSp0pq-QTcTQ

now
‘From NASA Goddard: Danny has become a degenerate’.
not the announced submerger.
silenced world. But Paris!

But, if those two lows do actually closely follow the “path” of the first near-hurricane through this area, then they will be passing over cooler water, and be slower and even less likely to gain strength as they head west.

RACookPE1978,
I agree with you.
I’ve been watching the tracks of various hurricanes several years and was primarily focused on the cold SST tracks in their wakes. In most cases the hurricane directs/tracks in the direction of warmer water.
Sandy stalled off Florida coast and the eye tried to turn south as I assume the eye tried to follow the warmer gulf stream flowing in from the south and the eye fell to the south of the main storm system and basically fell apart. The eye almost left the storm (to the south) before making a very sudden collapse.
I am still trying to find a high resolution daily SST source so I can continue to watch the post storm SST tracks. Seems when I comment here on a source I can no longer connect with it again (or it disappears).

I would also like to add an interesting composite (?) of hurricane tracks compiled by Nick Stokes.
http://moyhu.blogspot.com.au/2013/02/hurricanes-and-sst-movies.html
Slow the ‘movie’ down and watch the sea surface temp (SST) post tracks of the hurricanes as well as the forward direction they travel with regards to the SST.
Nick, I hope you will expand on your previous work and give use a guest post here on WUWT.
As always, watching and lurking.

Eyes,
Thanks. I’d like to expand, but I’m not sure that I could say much more than what is on the blog. The cooling pattern itself is notable in many cases but not always. I can’t improve much on the resolution, since the SST is daily, which is quite a long time in the life of a hurricane. I will try to update when the 2015 data is in.

One more note. The following link from Nick’s blog is interesting. I hope it goes where I just came from. 🙂
http://moe.met.fsu.edu/~rhart/papers-hart/2008BAMSPaperofNote.pdf 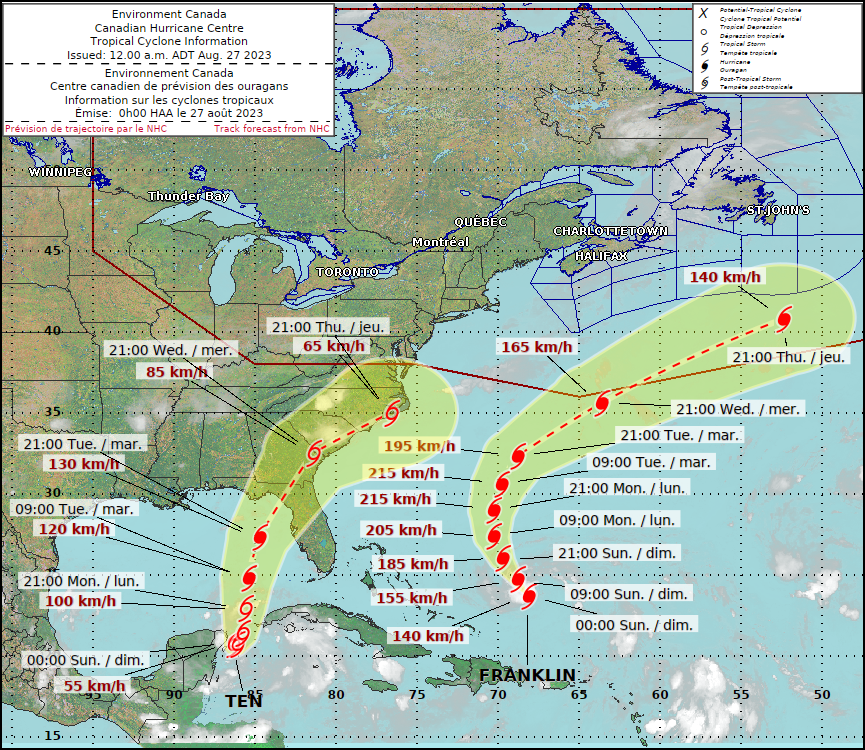