According to a biased article in the Boston Globe, a man named Kert Davies, the Executive Director of something called the “Climate Investigations Center” (CIC) has penned a scurrilous letter to the journal Science Bulletin, accusing Dr. Willie Soon of a conflict of interest. The article says he was accused because in the past he received funding “from companies and interests supporting studies critical of climate change.”

Now it is important to know that Dr. Soon did not get a grant for the scientific study in question. That work was done on his own time and at his own expense. He does not profit from the work in any way, he was not paid for it, and thus he has absolutely no conflict of interest of any kind. 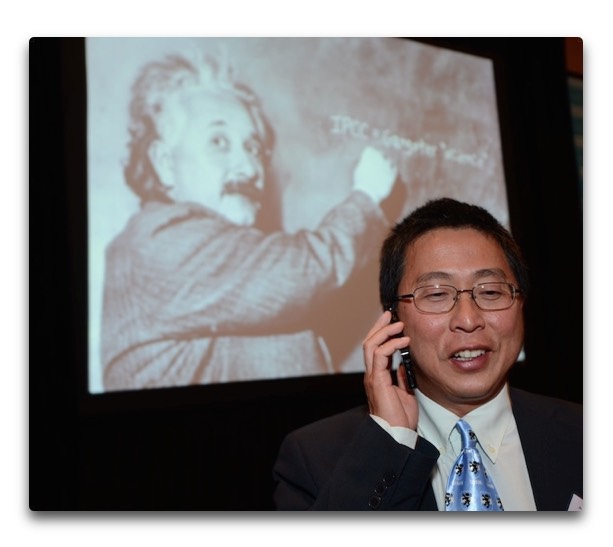 So let me get Kert Davies claim straight. For example, his claim is that if a scientist ever received funding from say Greenpeace or the World Wildlife Fund, in any future study whether funded by Greenpeace or WWF or not, the oh-so-noble Kert Davies thinks you need to disclose that.

Now there are dozens of scientists out there who have received funding from Greenpeace. Heck, a number of IPCC authors are not just funded by but have been employed by Greenpeace.

Curious, isn’t it, how Kert Davies seems to ignore the dozens and dozens of scientists who have received funding from a host of funders with a clear axe to grind … and focuses on Dr. Soon regarding work that he did on his own dime? I gotta confess, a man like Kert Davies that is involved in that kind of underhanded and deceptive action is … well … I fear my opinion is not fit for expressing on a family blog.

Now, after writing the above I had an interesting thought … I thought “I wonder who the CIC is when it’s at home?” And I have to admit, I laughed out loud when the first page I pulled up said this:

The Climate Investigations Center (CIC) was established in 2014 to monitor the individuals, corporations, trade associations, political organizations and front groups who work to delay the implementation of sound energy and environmental policies that are necessary in the face of ongoing climate crisis.

CIC was founded by Kert Davies, a well-known researcher, media spokesperson and climate activist who has been conducting corporate accountability research and campaigns for more than 20 years. Davies was the chief architect of the Greenpeace web project ExxonSecrets, launched in 2004, which helped expose the oil giant ExxonMobil’s funding of organizations and individuals who work to discredit the validity of climate science and delay climate policy action.  More recently, Davies established the PolluterWatch program at Greenpeace, which launched the report Koch Industries: Secretly Funding the Climate Denial Machine.

Well, I guess that explains a few things …

But despite all of Kert Davies’ claims about “secret funding”, I don’t find one word on their website about who funds the CIC … although I did find this intriguing snippet on the web:

… the Climate Investigations Center, a collaboration between former Greenpeace Research Director Kert Davies and the Guardian …

So Kert wants to bust others for where they get their funding, but either he doesn’t have the courage to divulge his own backers, or he thinks that revealing your funding is for the common people and doesn’t apply to him …

In any case, in the past I’ve had jobs working for both extremely liberal and extremely conservative groups … so freakin’ what? Unless they are funding my current work, I fail to see the relevance … and just like with Willie Soon’s study published in the Science Bulletin, nobody is funding my current work. But according to Kert Davies, I should have to put a conflict of interest statement on my work because obviously I’m conflicted from both sides, liberal and conservative.

Kert Davies, however, doesn’t reveal who is funding his current work …

In any case, I just used the CIC Contact Us form to send the following questions:

You are attempting to discredit the work of Dr. Willie Soon, not because of someone funding a piece of work that he got published in Science Bulletin, but because of funding that he received in the past. This brings up a couple of questions.

1) Are you going to do the same with every scientist who ever received any funding in the past from e.g. Greenpeace, WWF, or any of the many AGW supporting organizations?

2) Since you are so concerned about funding, why is it that I cannot find out anywhere on your website just who it is that is funding the Climate Investigations Center?

3) Since you are so concerned about funding, are you planning to bust the ex- and current Greenpeace and WWF scientists and others involved in the IPCC Reports for not declaring their conflicts of interest? I mean according to you, because at some time in the past they received money from groups like Greenpeace and WWF who advocate and advance the anthropogenic warming hypothesis, their work is forever tainted and their conflict of interest must be declared in any future work … or does that just apply to people you disagree with?

My thanks in advance for your response,

We’ll see how that goes over … their “Contact Us” form is here if you wish to contact them, please keep it polite …