How many lives do European coal plants have? Nobody knows. But by now, most of the world understands that Europe’s reliance on coal is no longer deniable. In a time of global energy instability featuring an embargo on Russian energy, the EU’s wealthiest nations have embraced coal as a savior like the Peanuts character Linus grasping his blanket.

Germany, Austria, and the Netherlands are planning to utilize their coal plants to make up for a shortage in power from gas plants. Although many gas drilling projects have been resurrected around Europe, electricity from gas plants is set to decrease due to the Russian ban.

This return to coal prompts us to revisit promises made by these very same nations to end coal dependency. Is the reign of King Coal inevitable? Is European pressure on less developed countries to abandon coal carbon-colonialism?

EU countries have been notorious for backtracking on climate pledges. Germany, for example, has pushed back emission-reduction targets several times, despite being touted as the leader in green energy.

“We will probably miss our targets also for 2022, even for 2023 it will be hard enough,” said German Economy Minister Robert Habeck. As the use of coal increases, renewable energies remain almost stagnant.

Germany and others have come to the realization that their domestic energy sector needs large amounts of reliable power to meet baseload demands of cities and industries. Only fossil fuels, nuclear, and large hydro projects are capable of providing such reliability. The vagaries of wind and sunlight make it so.

EU nations had resorted to natural gas as a substitute for coal, calling it a transitionary fuel to carry them to the impossible nirvana of carbon net zero. However, the disruption in Russian gas supplies has them restarting idled coal plants to avoid blackouts. “The Netherlands on Monday joined Britain and Germany in warning that it will have to use more of the dirtiest fossil fuel this winter to stave off a looming energy shortage,” reported The Daily Telegraph.

I support their decision to use coal. but reject their badgering of developing countries for burning the fossil fuel.

If the European nations, with superior economies and living standards, have the right to utilize fossil fuel to meet their energy needs, there is no reason why the same should be disallowed for poorer nations where the availability of such energy is even more critical.

Each year, the United Nations castigates “dirty, polluting countries” like India and China for their use of fossil fuels.

For United Nations and the West, there is a lack of perspective on this matter. Europe and the U.S. enjoy their current economic success due to the unrestricted use of fossil fuels during the last two centuries. And they continue to use them as technological and geopolitical realities come home to roost.

Yet poorer countries are pressed to forego the benefit of abundant and affordable energy from coal, oil, and gas. For someone living in a Third World country, this attitude of the West is hypocritical and lacks compassion, reminiscent of an era when colonizers sought control over the lives of subjects.

I believe the would-be colonialists in the comfortable offices of such cities as Brussels, Copenhagen and New York have another realization coming: For the people of developing nations wanting to better their lives, the use of hydrocarbons is not negotiable.

Vijay Jayaraj is a Research Associate at the CO2 Coalition, Arlington, VA., and holds a master’s degree in environmental sciences from the University of East Anglia, UK. He resides in Bengaluru, India.

This commentary was first published by American Thinker, June 28, 2022

I know British Greens who have told me that Africa cannot be allowed to industrialise “because the planet cannot afford it”. I find their attitudes to be hypocritical, patronising and imperialistic.

Keep the peasants in their mud huts.

The good that can be done by pump for irrigation, whether electric or gasoline powered is just so huge….

Peasants and the Untermensch alike:

‘ClientEarth litigator Peter Barnett said: “This underlines that stranded asset risk is not a theoretical concern. This project [Ostroleka C, Poland] was never viable, whether from a financial or a climate perspective, as its sponsors were repeatedly warned. Investors are fleeing coal and Ostroleka C is just the latest example of wasted shareholder funds that could have been invested in cleaner, lower cost renewables.’

Many of the best solutions too real problems involve allowing or helping countries to industrialize, not heartlessly holding them back to live in poverty. The wealthiest nations have the healthiest environments and have continuously lessened their footprint on the land and the energy intensity of their lifestyles as they urbanize and concentrate agriculture/aquaculture on less and less land and sea. Concerns about population growth disappear with development and, in fact we already know human population growth will stop and slowly reverse about mid century. There are no catastrophic malthusians threats except in the imaginations of the fools and the frauds.

If only reality could force people to think more critically and make decisions based on fact not fiction.

In the long run, it always does. The problem is looong.

Today ( 30 June 2022), throughout the day so far the UK has been producing more electricity from coal fired plants than electricity produced by Wind turbines.

and that is very, very, very unusual for the UK, which in the last 3 years has only got 2% of its electricity from coal.

Wind isn’t hit with a tax designed to make it uneconomical to use. Oh look, it’s the same for solar

You know that What a silly Billy.

But Griff, you said wind and solar were reliable

I’ll be very disappointed if you lied to us

Only griffo doesn’t have enough sense to not brag about capacity factors of 10% & 20%,
respectively. BTW, solar’s now @ 8%. You may want to install these solar enhancers! 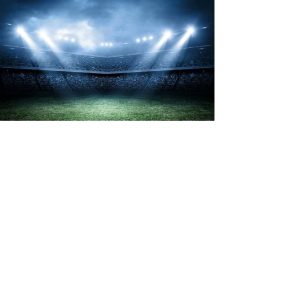 Proof of the idiocy of decision-making politicians!

poor griff.. you really are on a slide of unfortunate comments, aren’t you, little child. !

unreliables.. some of the rest.

Hopefully it stays that way. We came close to having a disaster when plant life almost became incapable of supporting us because of how little CO2 there was in the atmosphere due to that asteroid which killed the dinosaurs some 65 million years ago. See “The Population Bomb” published in the 1960’s.

The EU carbon “Net Zero” is only on vacation, it hasn’t moved away.

Temporary so they say! This is getting into attractive betting territory! I understood that we had peak renewables in 2017 considering a major decommissioning of an end of life wind farm in Germany and no rush to replace it. Now with
quadrupling of fossil fuel prices caused by policies to terminate FF while we are still hugely dependent on it for life, power, transport, fertilizer for food (made from nat gas), they are deperate to restart coal to ward off famine coupled with cold and associated pestilence deaths. They really want to keep the pitchforks and torches off the streets.

Trust me, this delusion is over with. The Great Reset will be to get us back to prosperity and sanity. Germany, UK and US citizens are already mixing new fantasy power farms. Like a chicken with his head chopped off, the athletic bounding and flapping is not resolve to carry on.

Germany’s use of coal is of course temporary…

Before trumpeting about German policy reversal, check out this detailed plan for accelerating renewables roll out in Germany

Why don’t they just build wind and solar faster?

Cut the crap, so to speak.

Germany’s use of coal is of course temporary…

Until the wind and solar stop and then it’ll be permanent.

Germany is at long last seeing the folly of unreliable energy.

Along with that, “renewable energies … will be given priority over other concerns
(e.g. species protection) until greenhouse gas neutrality is achieved”. MAXIMUM
STUPIDITY ASAP! BTW, all you “REALLY CARING” greenies must IMMEDIATELY
start evacuating all the German birds you consider worth saving.

Germans WILL be wanting many lumps of coal from Sankt Nikolaus this year & many
years hereafter- permanent! 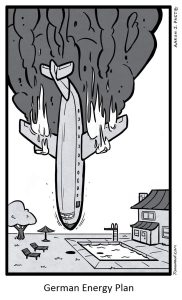 We in the disunited kingdom have coal, oil and gas…

“As part of the latest move to tackle the energy crisis, the UK has granted planning permission for XLCC’s HVDC subsea cable manufacturing operations, which will be based in Hunterston, Scotland. Once the construction is completed, the factory will begin building four 3,800km long cables as part of the Xlinks project, will connect the UK to a huge solar farm in Morocco.”

So much for energy security

Time for developed nations to cease referring to coal as “dirty” and “polluting”. Maybe now the Green idiots will come up with some proof, for a change. And also for those developed nations to spend a little of their environmental budgets on flue-gas treatment – as long as they don’t try to remove life-sustaining carbon dioxide!

Why on earth would otherwise sovereign nations seek approval to generate their own energy from Europe or the US. That is just stupid. The leaders of these nations need to put their people first, what Europe or the US thinks is secondary. Do the right thing and be responsible, don’t be stupid.

A few years ago there was a prolonged winter with low winds and lots of stratocumulus cloud that went on and on. The UK Grid was within two weeks of running out of gas when it was saved by the arrival of LNG from Qatar. Your prediction almost came true even before it was made.

Check this out, the DEP will pay 14 million to remove an old abandoned pile of coal. Ship it baby somebody will burn it. 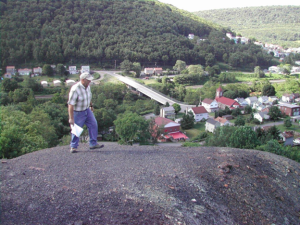 I live in Adelaide South Australia in a Mediterranean climate with lots of sun that can be used to heat water or aircondition my home but I can see the problem for those that live with snow and ice-
We’re heading for a messy, and expensive, breakup with natural gas (msn.com)
Bad luck for the poor folks I guess if coal nukes and oil are out of the question. They’ll just have to save a bit harder for those heat pumps and Teslas.

Is the EIA fudging gasoline demand numbers to lower prices?