Amnesty International will divest from fossil fuel companies in acknowledgement that investment in an industry whose products are the primary source of the climate crisis is at odds with the organization’s mission of protecting and championing human rights.

The decision was taken at Amnesty’s highest decision-making forum – the Global Assembly – which is formed of delegates from around the world. The assembly also voted to take further steps to reduce the organization’s climate impact including by aiming to be totally carbon neutral by 2035, to slash air travel by a third and move towards holding more international meetings virtually.

Fossil fuel companies have been historically among the most responsible for climate change – and this continues today. Research shows that just 100 fossil fuel-producing companies are responsible for 71% of global greenhouse gas emissions since 1988.

There is growing evidence that major fossil fuel companies have known for decades about the harmful effects of burning fossil fuels and have attempted to suppress that information and block efforts to tackle climate change. The power of fossil fuel companies must be weakened in order to allow governments to rapidly transition towards a zero-carbon economy.

Setting aside the fact that this article is 99.97% horst schist…

Dean Wormer has the answer to question #6…

“And now for something completely different”…

LONDON (Reuters) – Amnesty International attacked the electric vehicle (EV) industry on Thursday for selling itself as environmentally friendly while producing many of its batteries using polluting fossil fuels and unethically sourced minerals.

Manufacturing batteries can be carbon intensive, while the extraction of minerals used in them has been linked to human rights violations such as child labor, a statement from the rights group said.

I couldn’t make this sort of schist up if I was trying!

This post was written by a proud member of the “climate wrecking industry,” a geologist/geophysicist engaged in oil & gas exploration since 1981… And a huge fan of The Secret Policeman’s Other Ball for almost as long as I have been exploring for oil & gas… The “Luxury” sketch will have you ROTFLYFAO!!! To the best of my knowledge, Amnesty International has never invested in any of the companies I have worked for… Mostly because they are or were small-ish companies and partly because I seriously doubt Amnesty International had any investments in fossil fuel companies that they were aware of.

About the author forgetting about The Secret Policeman’s Ball…

Manufacturing batteries can be carbon intensive, while the extraction of minerals used in them has been linked to human rights violations…

Since the same could be said of jewelry and cell phones, perhaps we need to literally focus our efforts on the source of the problem. Or maybe it’s not quite the true / (w)hole story:

Financial post today “Glencore tries to limit fallout from shutting the world’s largest cobalt mine in Congo” they’re shutting down the cobalt mine that produces 1/5 of the world supply of cobalt, in the hopes of propping up prices. Doesn’t look like a child standing by the Terex RH380, looks more like one of the 3,000 miners who helped pay 10% of the Congo’s national budget.

After a corporate takeover, we acquired a few unsought extras such as a bankrupt car battery recycle plant. People from the “resources wrecking industry” quickly criticised us for being involved with anti-social activities like treating lead (Pb style) and handling sulphuric acid. We ended up in Court, with the EPA demanding a host of cleanup actions, some of which were inferior to what we were already doing.
The judge agreed with us that having a recycle company was better than not having one, forcused car batteries. Imagine the potential harm to inquisitive children playing with old batteries left lying around in the yard, as opposed to collected and stored more out of harm’s way.
The actions of Amnesty International remind me of the EPA. They both need to think problems through before shooting off at the mouth. Geoff S

…. and they always leave out the important parts

Like who’s really burning all that fuel and increasing emissions > 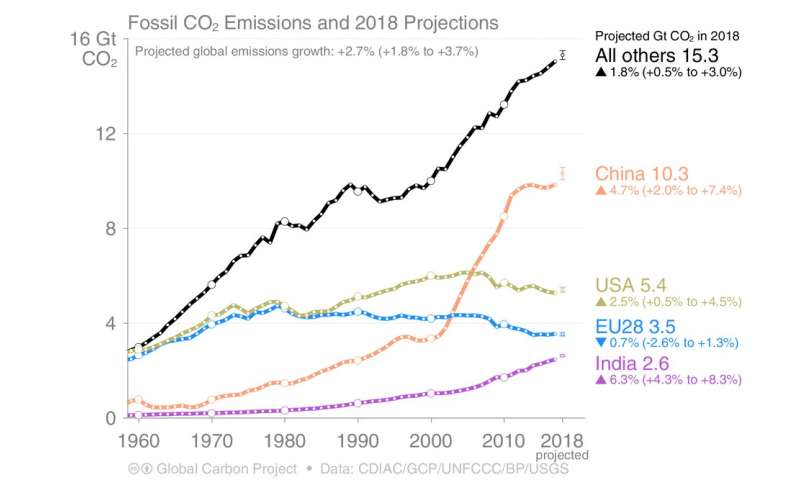 I’m going to guess that Amnesty International was gifted those shares, and they haven’t been paying much of a dividend with oil prices down, so now they’re trying to put a pretty pink bow on their disposal and the acquisition of energy-using companies’ stocks that are benefiting from lower oil prices.

You need to work on recognizing sarcasm… 😉

I was aiming at a somewhat sarcastic response to a rhetorical question about hypocrisy and irrelevance. If you could just note the parts you couldn’t understand, I’ll use your input to improve.

This is a topic where rhetorical questions and irrelevance will likely be the most relevant things… LOL!

Probably the most relevant thing here is that it reminded me of The Secret Policeman’s Other Ball.

So Amnesty International is an investment company, all that BS about human rights, torture and being of the best virtue was just to raise money for their real purpose?
Investing in Big Oil.
Gang Green is every where,they are easily identified by “How much good they would do in this world;If they just had your money”.
They would be so virtuous if only they had more green,greenbacks that is.

After watching the corruption,exposure and demise of so many do-gooder institutions, my take away is ;”A tax on all Do-Gooders”.
200% of their gross would be a good start.

They might be an investment company.
Alternately, it is a good model for a charity:
Build an investment fund. With proceeds from this, turn some into the principal and use some for operations. At the same time, carry out Pr and fundraising.

This reminds me of the health care insurance company model. Gather a bunch of money. Make money by investing it. On the side, pay out claims.

I just think it’s ironic that a few months before swearing off fossil fuels, they were railing against EV batteries. Unless there is a human rights-friendly bicycle or shoe manufacturer, Amnesty International will be walking everywhere barefooted… 😉

David Middleton: You’re right about walking barefoot. Less pollution from livestock breathing in O2 and exhaling CO2, and producing CH4, fewer cattle. Fewer horses because wooden wagon wheels last longer with iron(y) wheels. We can’t have sailing ships because they use iron, so outrigger canoes have to be used (no iron).

I would never known had you not brought my attention to it.

No, I was chastising you for giving a bunch of nobodies attention for something that doesn’t deserve any 😉

Irony is always worthy of attention… particularly when it’s this ironic!

Good, I hope they take a bath dumping those stocks and someone worthy makes a killing off of them.

Why were they investing at all? Shouldn’t they immediately distribute their donations to indigenous peoples and refugees.

7. Why are they making long term investments when the Earth is ending in 12 years anyway?

Maybe they never saw Hitchhiker’s Guide to the Galaxy…

I heard eighteen months so I took out a 40 year mortgage on a nicer place.

“Amnesty International will divest from fossil fuel companies in acknowledgement that investment in an industry whose products are the primary source of the climate crisis is at odds with the organization’s mission of protecting and championing human rights. ”

The “primary source of the climate crisis” is lefty politicians and bureaucrats, and corrupt “scientists” and rent seekers.

The drivers of genuine climate change are all natural forces, first among those being the variable sun and variations/perturbations of Earth’s orbit and axial tilt.

They missed an excellent opportunity to require ALL travel to international meetings to be by sailboat or they will not be ‘in good standing’. Lets get some TEETH in these rules!
ps I have an investment in a ‘Bring Back the Sailing Clippers organization and it needs to make more money.

Good! That means I will be able to buy equities in fossil fuel companies at a discount.

You know that virtue signalling has gone completely nuts when Amnesty International has its virtue diluted to the point where it sacrifices the jobs and livelihood of tens of thousands of ‘third world’ people for the very, very first world issue of ‘climate change/global warming/global heating’.

Then emperors get around naked with just there imaginary sartorial elegance then the fashionist industry that clothes them is going to come up with crazier and crazier designs.

David & all;
This should make you laugh:
Michael Moore movie not what was planned

“Michael Moore movie not what was planned”

It will be interesting to see how this movie is received by his peers.

Has anyone told Greta?

I expect an awful lot of the CAWG / CCC / climate crisis folks going into deep depression.

My regard for that blubbering @$$hole is so negative, that I might side with the green schist if I took the time to read it… 😉

The link about the Michael Moore film is interesting. Note that him initially being stonewalled by the renewables industry didn’t ring any alarm bells. But at least he had the integrity to make the film anyway, despite finding that these alternative energy sources are more or less the opposite of what he thought they were.

I often comment that supporting wind and solar IS supporting oil and gas, since a huge percentage of the “renewables” are owned by companies like Chevron, Duke Energy, NextEra, Shell, BP. Somehow the fools think it’s okay to support oil and gas as long as you get a worthless, environmentally damaging turbine out of it. I believe there’s some psychological defect involved….

Think how awful Michael is going to feel when he finds out the entire climate scare is just as big a lie as the renewable scam. Think he will do a movie?

I have yet to see any estimates on the cost of recycling lithium ion batteries or are they intended to go straight into land fill?

As far as I know, the economics of recycling Li-ion batteries are dismal.

“5. Apart from The Secret Policeman’s Other Ball, what good has Amnesty International ever done?”

You are so right about that… The 80’s were a lot of alcoholic beverages ago! 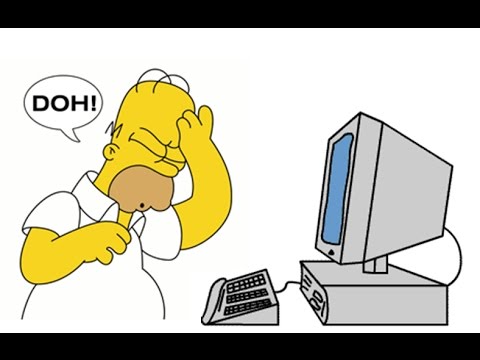 0
Bryan A
Reply to  David Middleton

“what good has Amnesty International ever done?”

Roads, wine, sewers, Oh! Hang on, that was the Romans,

I would like to thank Amnesty International for their investment in the oil sector and for keeping my supply of gasoline steady and at a reasonable cost. Thank you so much!

Amnesty International has some financial numbers posted as at 2017.
Took in some 280M pounds and spent as much.
Assuming M to be a million.
Didn’t show if anything has been invested.

So what have they been investing, pocket change? “We’re going to divest our .25 shares and buy some Apple stock!”

The more left wing organisations such as Amnesty International divest from companies for misconceived “ethical” reasons the more shares will be available for those who have not been baptised into the CAGW religion. Hence lower prices and better returns for non-believers.