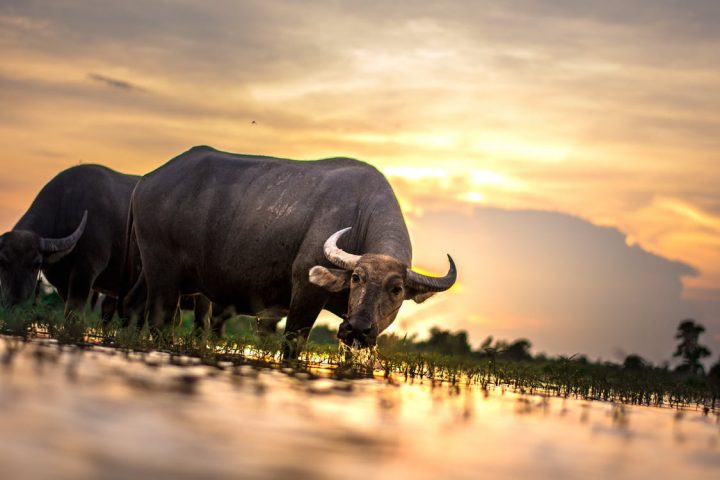 Just ask a group of environmental scientists in China, who lost their 2019 article on soil contamination because what they thought was manure was in fact something else.

The article, titled “Immobilization of heavy metals in e-waste contaminated soils by combined application of biochar and phosphate fertilizer,” appeared in February in Water, Air, & Soil Pollution, and was written a team from the South China Institute of Environmental Science and Sun Yat-sen University, both in Guangzhou.

According to the researchers:

But the retraction notice says all that crap wasn’t crap after all:

“and was written (by) a team from the South China Institute of Environmental Science and Sun Yat-sen University, both in Guangzhou.”

The RICE you say!

were they mentored by Gergis et al??

Commendable scientific honesty. The researchers should be applauded.

The paper is not a total loss, it simply needed revising to correctly indicate the type of biochar used.

I am curious about “biochar applied alone could inhibit the growth of lettuce.”
Why “could” did they measure it? If not why do they think it?

There are a few reasons biochar alone might reduce growth. The most likely is that the high pH of the biochar reduced availability of phosphorus which is why P fertilization with biochar overrode that effect.

‘the high pH of the biochar reduced availability of phosphorus’
Not sure about this.
All phosphates are soluble so therefore available.
If the soil was more alkaline then that may have damaged the plant in some way, by making other nutrients less available.

Thanks for that.
I am not saying that uptake was not affected, I am suggesting that this was despite P being present, soluble and therefore available.
If this is your area would you mind pointing me in the direction of a suitable resource on this, eg text, Regards.LPB

It would take a lot of space to explain this. As H.L. Mencken said, “Everyone is entitled to an informed opinion”. You could start informing yourself here: https://www.google.com/url?sa=t&source=web&rct=j&url=https://www.nrcs.usda.gov/Internet/FSE_DOCUMENTS/nrcs142p2_053254.pdf&ved=2ahUKEwiHk7SFn9XiAhX4FTQIHS65Aq4QFjAJegQIAxAB&usg=AOvVaw2rOlpF4CVmqV_YktrTlWRe&cshid=1559837435097

But there are many, many sources of info on this. Happy reading.

im more curious as why the hell theyd burn good cowpoop for biochar to begin with?
theyd have got way more nutrient leaving it as compost.

and ewaste contaminated soils? wtf? like to read more on that too.
eartheworms were removing 10%of their bodyweight of mercury in Wales old coal mine areas way back in the 80s/90s remove the worms and reclaim the mercury.

And it seems that biochar produces fewer carbon dioxides than straight poop…all good.

I was thinking the same thing. Global search and replace in “Word” (or whatever) and you should be pretty much good to go.

OT but might be worth of attention
POTUS & the Prince C
Donald Trump appears to have softened his rhetoric on climate change after being “moved” by Prince Charles’ passion for the environment.
The pair had a long conversation on global warming yesterday, and they will meet again today in Portsmouth for a D-Day commemoration.
In an interview with ITV, the president said: “We had a 15 minute chat and it lasted an hour and a half and he did most of the talking.
“What he really wants and what he feels strongly about is the future. He wants the best climate for the future. He wants a good climate and not a disaster.”
Mr Trump went on to say the US had “one of the cleanest climates in the world”, but said the rest of the world was not pulling its weight.
“India, China, Russia – if you go to certain cities you can’t even breathe,” he said. “So in terms of the planet, we’re talking a bout a very small distance between China and the US.”
The US president has always been a sceptic, but when asked whether he now believes in climate change, Mr Trump said: “I believe there is a change in weather. I think it was called global warning, then it was called climate change, now it’s called extreme weather.
“I think we had a great conversation about – as you would call it – climate change.
“I tell you what moved me was his passion for future generations. He wants to have a world for future generations, and I do too.”
https://www.telegraph.co.uk/news/2019/06/05/donald-trump-visit-president-join-queen-d-day-anniversary-portsmouth/

0
Craig from Oz
Reply to  Vuk

“…have softened his rhetoric on climate change after being “moved” by Prince Charles’ passion for the environment.”

Passion for the environment =/= believe in Global Warming(tm)

The Telegraph is playing bait and switch with the facts, me thinks.

“We had a 15 minute chat and it lasted an hour and a half and he did most of the talking.”
the president said.
“As Prince Charles ushered President Trump and his wife from the room after, Camilla turned to her protection officer, her face creasing into an enigmatic smile – and she winked. ”
At least the Duchess of C has sense of humour to put whole climate change ‘disaster’ into proportion.

It would have been impolite to tell Prince Charles to his face that he has been duped into believing in a CAGW Hoax.

No UK newspaper is worth reading.
“Those who don’t read the papers are uninformed. Those who do are misinformed.” Mark Twain.

Link needs fixed on this post – you mistakenly repeated the Watts site as a prefix.

Admirable of them if they originated the retraction. It would be nice to see more of these in the error-laden climatology field.

Phosphate causes faster growth, so would dilute the regular percentage of toxicity that occurs in a normal growth pattern due to fixed mobility of toxic material in the soil. Plants don’t eat everything, they eat what they need. You give them lots of phosphate they eat what they need faster with less circulation and they can eat the bits that they wouldn’t normally be able to eat. The roots shove everything else aside.

The *premise* of the paper is wrong immaterial of their retraction over material identification issues.

There is the clue. “rice straw ” is not poo — that ought to add nitrogen.

{I garden. Not really a soil chemist. Easily could be wrong on this.}