From the “visual intolerance” department comes this hilarious bit of whining…

From the Washington Times:

Less than two weeks after putting the kibosh on plastic straws, Starbucks has run afoul of the environmental movement with a newly released mug showcasing Colorado’s oil-and-gas industry.

The blue Colorado mug, part of the coffee giant’s “Been There” series touting the distinctive features of U.S. states and cities, included drawings of bighorn sheep, pine trees, mountains, skiers — and a . [oil pump aka “pump jack” -ed.]

No response @Starbucks ? It is time to remove these from the shelves. https://www.thedenverchannel.com/news/360/starbucks-colorado-been-there-coffee-mug-sparks-controversy …

Starbucks’ latest Colorado coffee mug captures the mountain essentials, but one element included on the cup is brewing up, what some might call, a venti sized controversy.

Wtf, @Starbucks? Who paid you? #oilandgasisnotcolorado

Dan Haley, president of the Colorado Oil and Gas Association, said the inclusion of the oil-and-gas industry was appropriate, given its 150-year history and impact on the state.

“With over 100,000 workers and an annual economic impact of more than $31 billion, we are a central pillar of our state’s economy,” Mr. Haley said. “Like Palisade peaches, Coors beer, and the Denver Broncos, local energy production is about as Colorado as it gets.”

Fans of the industry countered on Twitter with their own hashtag: #oilandgasIScolorado. 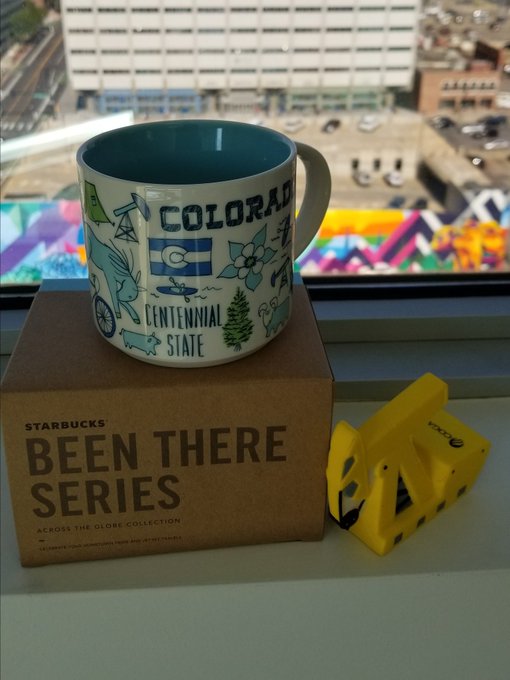 Hey @Starbucks I think this mug perfectly represents #Colorado! Everything on here is something that makes CO great! #oilandgasISColorado #EnergyProud

Starbucks did not immediately return a request for comment.

Starbucks drew cheers from environmentalists after announcing July 9 that it will phase out its plastic straws and replace them with strawless lids and “alternative material” straws, a move aimed at reducing ocean waste.

Critics have countered that it takes more energy to produce paper straws and that plastic straws represent a minute percentage of the waste, pointing to a recent study showing that 93 percent of ocean plastic pours in from 10 rivers in Asia and Africa.

Advocates for the disabled have also slammed the company’s move, pointing out that many customers with disabilities cannot drink their beverages without plastic straws.

Read more at The Washington Times

Gosh, what a bunch of whiners. I suppose this image done by a professional photographer to showcase the beauty and productivity of Colorado won’t help.

Enviros need to learn to pick their battles. This one makes them look petty and intolerant.

I need to learn to resist the urge to tell them to STFU when I see stuff like this. 😉