The world’s largest amphibian is being bred to extinction

The world’s largest amphibian—the Chinese giant salamander (Andrias davidianus, pictured)—should be split into at least five species, all of which are critically endangered in the wild, according to a new study. What’s more, say the authors, current conservation practices could be causing these genetically distinct species to crossbreed with one another, effectively fusing them into a single species.

The salamanders, which can grow up to 2 meters in length, were once common in rivers across southeastern China. But today, most are found in commercial farms, which breed the giant amphibians to satisfy growing demand from the luxury food market. In an effort to augment wild populations, the Chinese government encourages the release of farm-raised individuals. But it’s not clear whether those individuals are genetically equivalent to wild salamanders.

This is like saying that if all 202 AKC recognized dog breeds were interbred to create one single breed, that 202 species would have become extinct… And since most dogs don’t live in the wild (although way too many are homeless),  Canis lupus familiaris would be critically endangered in the wild.

That dog’s owner may be about to go extinct…

@ allykat: I woud think as an allykat that the humiliation of dogs would be a priority for you.

That dog doesn’t have an owner. Ian Luis owns people… And he doesn’t think he’s a dog.

velcro, rather than laces on the shoes would make his life easier … seeing that he doesn’t have any thumbs.

DonM
Who needs thumbs, when you have sharp little teeth.

Who needs thumbs when you have humans at your beck and call?

I thought I was reading The Onion.

Most forms of science publications are no longer scientific in their ruminations.

So domestication and captive breeding will be equivalent to extinction? Shades of PETA! Having lots and lots of domesticated salamanders that drift away from their wild ancestors would only seem to impact those who object to domestic animals on principle.

Treated ourselves to some farmed Scottish Salmon the other evening. What a delight.

I have read that all dogs go back, originally, to grey wolves. Don’t know about giant salamanders but have seen salamanders and don’t think I’d put them on my menue. What would be the purpose of defining multiple types, species or whatever of them other than to possibly have less in each group in order to raise red flags about them going extinct in each group? These snowflakes are crazy. Biologists cannot even agree on speciation.

Only about 40,000 years of breeding separates Ian Luis from the Big Bad Wolf… 😉

David Middleton
Runt of the litter.
Did I spell that right?

Pity all the wild ones were probably killed and eaten.

“should be split into at least five species”….
I have a great idea….let’s split this species up into 5 different species….then we can claim 5 species are going extinct…..think of the money!

Latitude
Hang on mate, that’s discriminating against we Homo Sapiens, there’s only one species of us.
In fact, come to think of it, it’s downright segregationist. How will the minority species Salamander feel when they realise they are in the minority?
There’ll be Salamanders rioting in the streets, marches, with Salamander banners “We are not a minority, we are all Salamanders under the gene!”. Salamander segregation, Salamander Guantanamo Bay, Salamander terrorism!
Do these fools realise what they’re doing, it’s worse than CAGW!!!!!!!!!!!

Precisely their point. I know it’s a little old-fashioned, but I was under the impression if you could get two critters to breed and produce viable offspring, they weren’t different species, just different varieties.

I wonder if China destroying all its river ecology/habitat with ‘green’ hydro schemes has anything to do with the lack of wild survivors?

If you have track closely the endangered species crowd you will have seen the propaganda tools, and the hypocrisy, we see in the CAWG world today. Example, the Dusky Seaside Sparrow went extinct. There was great gnashing of teeth, all sorts of evil people were blamed present and past, including climate change. Why did they go extinct? because US Fish and Wildlife Service didn’t follow their own very expensive land management plan or their mandating statutes. They did capture the last seven males from the wild which they were going to mate with Seaside Sparrows living adjacent to the Dusky. Breeding efforts were vetoed even though they would have ended up with careful captive breeding with a bird that was 99+% Dusky. “Joke” was if you haven’t figured it out by this point. Dusky Seaside Sparrows were a subspecies that had managed to get listed under ESA back in the day. Manatees status for years was based on winter aerial surveys. Problem was many of those doing the counting were amateurs with no training, little real instructions, many of whom had never been in a light or any aircraft much less looked down to precisely count things in the water. Yet those winter counts made headline news each winter during the height of tourist season, along with columns of hyperbole usually accompanied by an obligatory picture of a very live manatee with prop scars from a tug or freighter. 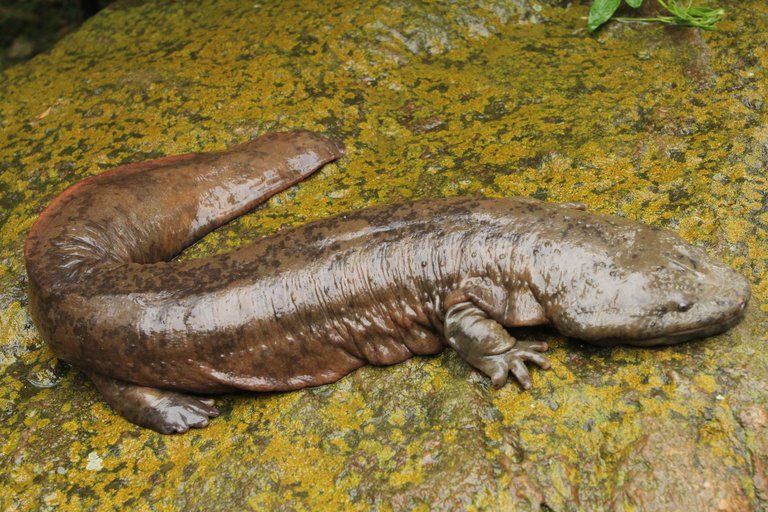 I think I have seen some of those in the “king’s throne” in the small palace with the little sink!

“The biomass of amphibians, which are experiencing a dramatic population decline (42), remains poorly characterized” From—The biomass distribution on Earth
http://www.pnas.org/content/early/2018/05/15/1711842115
From the abstract–
“Our analysis reveals that the global marine biomass pyramid contains more consumers than producers, thus increasing the scope of previous observations on inverse food pyramids.”
Deep with in the paper—
“ In these cases, we use intrastudy, interstudy, or intermethod variation associated with each parameter that is used to derive the final estimate and propagate these uncertainties to the final estimate of biomass.” Doubt if they checked salamanders very closely.

Ian Luis seems a fine candidate for membership in the Union of Concerned Scientists. He can join Kenji, member in fine standing and reputed to be among the most competent scientist in that crowd.

If the salamanders can interbreed and produce fertile offspring, they are not separate species, but possibly different varieties of the same species.