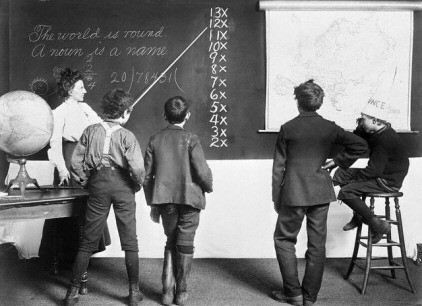 h/t Willie Soon; The climate population controllers are back.

TO STOP CLIMATE CHANGE, EDUCATE GIRLS AND GIVE THEM BIRTH CONTROL

CLIMATE CHANGE IS a ubiquitous hydra, a many-headed beast that affects everyone and everything in some form. Solutions to climate change range from the effective and the practical to the potentially catastrophically dangerous—but, in this somewhat heated debate, a potent weapon in our arsenal is falling by the wayside: the empowerment of women.

Last year a coalition of scientists, economists, policymakers, researchers, and business people published Project Drawdown, a compendium of ways to prevent carbon dioxide from escaping skywards. Drawing from a plethora of peer-reviewed research, the document ranks 80 practical, mitigating measures—along with 20 near-future concepts—that could push back the oncoming storm.

Ranked in order of carbon emissions locked down by 2050, the usual suspects made the list. A moderate expansion of solar farms (number 8), onshore wind turbines (number 2), and nuclear power (number 20) would all save tens of billions of tons of equivalent carbon dioxide emissions. Increasing the number of people on plant-rich diets (number 4) and using electric vehicles (number 26) are effective carbon-cutting measures often proposed by climate hawks, and rightly so. The top spot went to managing refrigerants like HFCs, which are incredibly effective at trapping heat within our atmosphere.

But two lesser-known solutions also made this most practical of lists: the education of girls (number 6) and family planning (number 7). This is a stunning revelation, one that couldn’t be more pertinent, and yet, for the most part, discussions of mitigation and de-carbonization focus heavily on other matters, from the perceived perils and bona fide benefits of nuclear power, to just how quickly solar power is proliferating.

I agree a lot of backward poor country countries could be drastically improved with Western education. One of the reasons places like Afghanistan are such a mess, is parents are desperate to educate their kids – but in too many cases, the only people offering that educational “opportunity” are crazy people.

Telling the recipients that more education will cause their tribe to wither for the sake of the planet is not the way to sell Western education services. They are not the fools some Westerners seem to think they are – uneducated doesn’t mean stupid.