Via NASA’s Spaceweather.com For the past two days, sky watchers in parts of Europe have reported strange colors in the daytime sky. “There’s a red glow overhead and the sun looks like a big Orange,” says Vincent Phillips, who sends this picture from Hale village near Liverpool UK:

“This is apparently due to ex-hurricane Ophelia, which dragged up tropical air and dust from the Sahara desert when it battered the western UK earlier this week,” says Phillips. “The air is full of fine dust. We had several inbound flights into Liverpool Airport declare emergencies after strange smells in cockpits of aircraft yesterday.”

Atmospheric optics expert Les Cowley adds his own report: “I was driving near London yesterday afternoon and I experienced the strange skies at first hand. At first the sky was yellowish orange with the sun showing through as a blurred and lurid red. But quite unlike a sunset color. Gradually the sun was fully obscured and at 3pm headlights were needed. The sky was an unearthly yellow red.”

“Given that over the last few days the U.K. has had unseasonably high temperatures and southerly winds associated partly with Ophelia, I think that fine dust/sand carried from the Sahara was the culprit,” says Cowley.

Similar reports are coming in from the Netherlands, Germany, and other parts of the UK, as forest fires in the Iberian peninsula add their ash to the desert dust, intensifying the phenomenon. 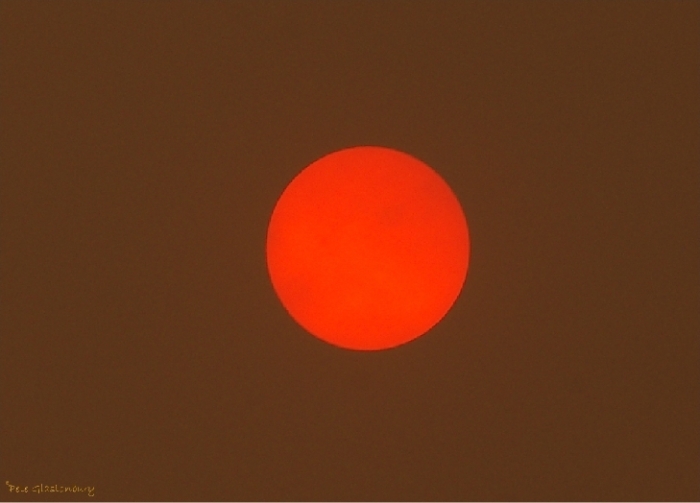