Via press release and email:

The 12th International Conference on Climate Change (ICCC-12) will take place on Thursday and Friday, March 23–24 at the Grand Hyatt Hotel in Washington, DC, and you will not want to miss it. Meet and hear the scientists, economists, engineers, and policy experts who persuaded President Donald Trump that man-made global warming is not a crisis, and therefore Barack Obama’s war on fossil fuels must be ended.

Our schedule  is nearly complete, and it should include key members of the United States Senate, the U.S. House of Representatives, and the new Trump administration – which is already taking steps to restore sanity to America’s energy and climate policies.

Professor at the Wharton School

of Business at the University of

Professor and polar bear scholar, the University of Victoria, BC

Director of the Center for Energy

and Environment at the Competitive 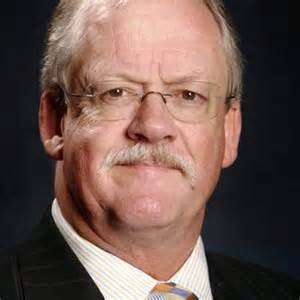 Minister for the United Kingdom in the European Parliament

Director of the Center for the

Study of Science at the Cato Institute

Resident scholar at the

These speakers, and more, will explain the benefits of ending Obama’s war on fossil fuels and what policy changes are needed to do this. You can review the details about ICCC-12 at the conference website.

Space at the conference is very limited, so reserve your conference pass today. Admission, which includes five meals, is $179. For more information, or to register by phone, call Nikki Comerford at 312/377-4000.

The past 11 International Conferences on Climate Change were unqualified successes. The conferences were extensively covered by the international media and allowed more than 200 experts to share information and ideas regarding the latest science, economics, and politics related to the global warming debate. More than 4,000 people have attended an ICCC. Videos of the presentations are available online here.

P.S. If you can’t make it, we could better use some financial support. See our IndieGoGo campaign we have set up to help defer some of the costs which aren’t fully covered by attendance fees. Donations welcome, no matter how small.