If you are following Twitter and other social media, you probably have the impression that Friday January 20th, is doomsday. And for some who banked on a continuance of the liberal agenda in Washington DC, it is. And it is not just in the USA, the UK is seeing it too. By email, Josh writes:

There is clearly a lot of alarmism hitting Twitter at the moment in the run up to Trump’s inauguration.

Indeed. And he’s put that angst into a cartoon. 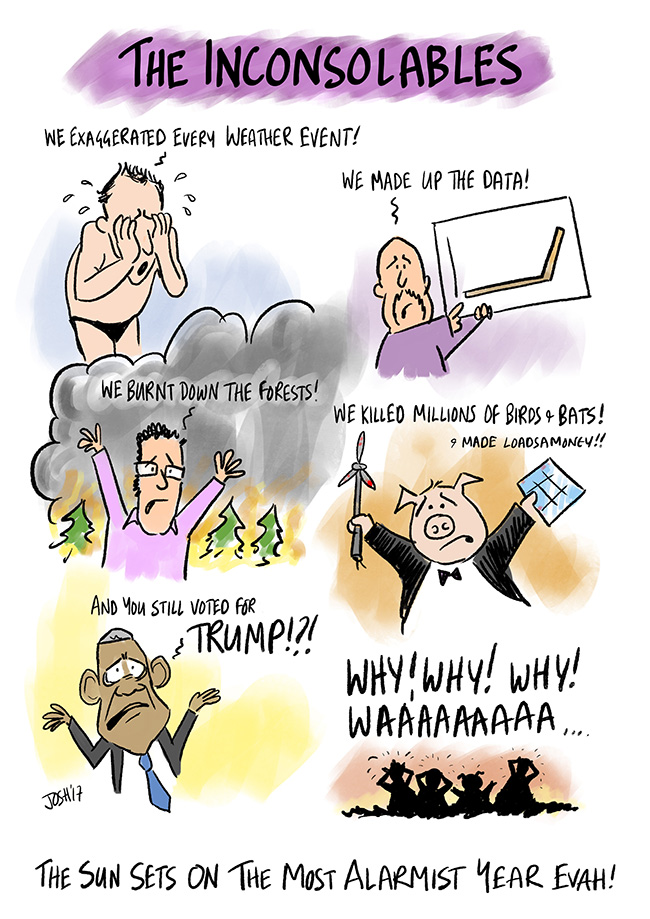 And, as for 2016 being the “hottest year ever”, that claim is in the noise band of the data and statistically insignificant: (h/t to Shub)