He will reverse a policy that isn’t working anyway.

Given the emotional reactions that Donald Trump and climate change each trigger separately, they offer an especially combustible combination. Paul Krugman worries that Trump’s election “may have killed the planet.” Activist Bill McKibben calls Trump’s plan to reverse the Obama climate agenda by approving the Keystone XL pipeline and other fossil-fuel projects, repealing the Clean Power Plan, and withdrawing from the Paris agreement “the biggest, most against-the-odds, and most irrevocable bet any president has ever made about anything.” And let’s not forget “Zach,” the DNC staffer who reportedly stormed out of a post-election meeting upset that “I am going to die from climate change.”

— Oren Cass is a senior fellow at the Manhattan Institute and author of the forthcoming report, “The Costs of Climate Change Are Real — and Manageable.”

Zach must be the poster child for “50 shades of green“…

Donna Brazile, the interim leader of the Democratic National Committee, was giving what one attendee described as “a rip-roaring speech” to about 150 employees, about the need to have hope for wins going forward, when a staffer identified only as Zach stood up with a question.

“Why should we trust you as chair to lead us through this?” he asked, according to two people in the room. “You backed a flawed candidate, and your friend [former DNC chair Debbie Wasserman Schultz] plotted through this to support your own gain and yourself.”

Some DNC staffers started to boo and some told him to sit down. Brazile began to answer, but Zach had more to say.

“You are part of the problem,” he continued, blaming Brazile for clearing the path for Trump’s victory by siding with Clinton early on. “You and your friends will die of old age and I’m going to die from climate change. You and your friends let this happen, which is going to cut 40 years off my life expectancy.”

Zach gathered his things and began to walk out. When Brazile called after him, asking where he was going, he told her to go outside and “tell people there” why she should be leading the party.

Just listen to President Obama. His administration developed a “Social Cost of Carbon” that attempts to quantify in economic terms the projected effects of climate change on everything from agriculture to public health to sea level, looking all the way out to the year 2100. So suppose President Trump not only reverses U.S. climate policy but ensures that the world permanently abandons efforts to mitigate greenhouse-gas emissions. How much less prosperous than today does the Obama administration estimate we will be by century’s end?

The world will be at least five times wealthier. Zach may even live to see it.

The Dynamic Integrated Climate-Economy (DICE) model, developed by William Nordhaus at Yale University, which has the highest climate costs of the Obama administration’s three models, estimates that global GDP in 2100 without climate change would be $510 trillion. That’s 575 percent higher than in 2015. The cost of climate change, the model estimates, will amount to almost 4 percent of GDP in that year. But the remaining GDP of $490 trillion is still 550 percent larger than today. Without climate change, DICE assumes average annual growth of 2.27 percent. With climate change, that rate falls to 2.22 percent; at no point does climate change shave even one-tenth of one point off growth. Indeed, by 2103, the climate-change-afflicted world surpasses the prosperity of the not-warming 2100.

Setting aside the facts that the Social Cost of Carbon is 100% mythical and that neither 2.27% nor 2.22% growth are robust… 2% growth is basically treading water… We’re supposed to gleefully spend $44 trillion over the next couple of decades based on a statistically insignificant difference between two rolls of the DICE?

Well, the climate is certainly more important than money.  Poor Zach must be terrified that the Earth will turn into Venus under President Trump.  So, even though the economic benefits of CLIMATE ACTION NOW! are insignificant and mythical, the actual effect on the weather in the year 2100 will be significant… Right?

Even with U.S. “leadership,” the commitments made by other countries under the Paris agreement look almost identical to the paths those countries were on already. Thus the agreement’s impact is at best a few tenths of a degree Celsius. MIT’s Joint Program on the Science and Policy of Global Change, for instance, projected 3.9°C of warming by 2100 without the Paris agreement and 3.7°C with it. 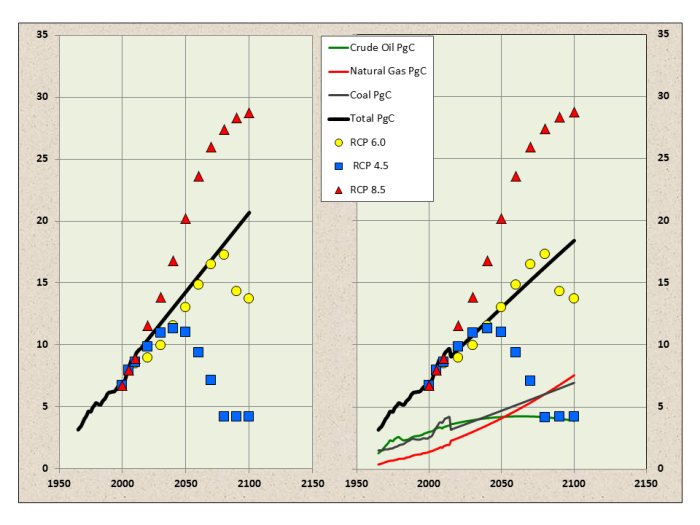 Based on a real world “business as usual” emissions scenario, with natural gas displacing oil at its current pace and no carbon tax, I come up with a CO2 right about inline with RCP 6.0, “a mitigation scenario, meaning it includes explicit steps to combat greenhouse gas emissions (in this case, through a carbon tax)“. 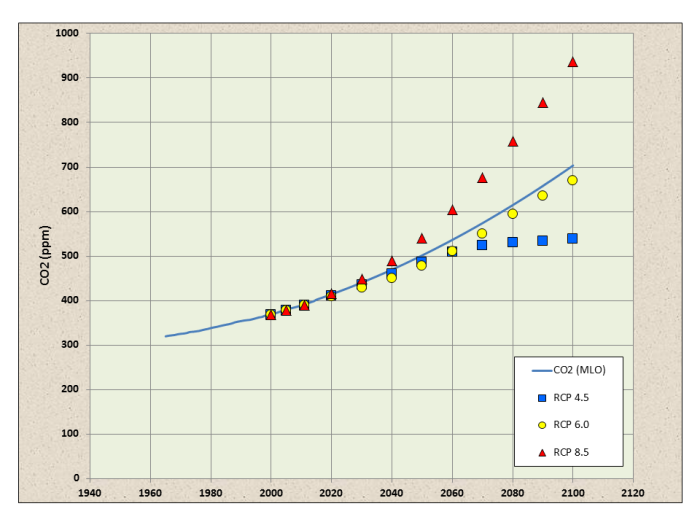 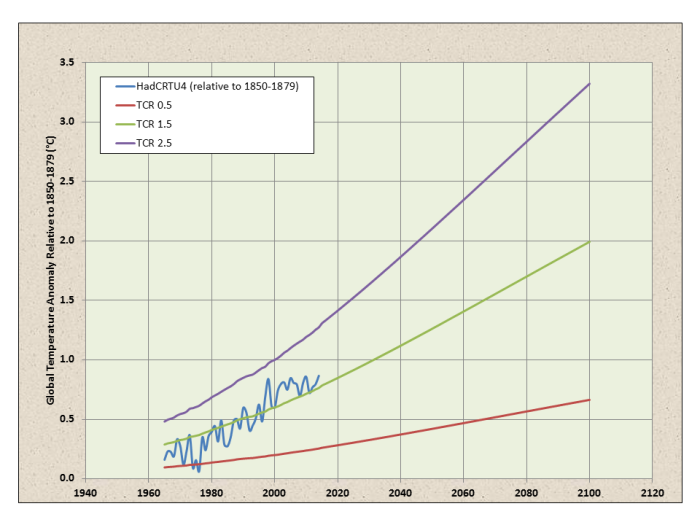 Figure 7: A real world (this world, not Venus) “business as usual” scenario would barely nudge the dreaded 2 °C limit by the year 2100… Assuming that all of the warming since 1850 is due to greenhouse forcing… Which it isn’t.

Since it is generally assumed (by competent scientists) that at least half of the warming since 1850 was natural, the actual climate sensitivity would have to be significantly lower than 1.5 °C per doubling.  Therefore, RCP 8.5 should never be described as “business as usual,” “expected” or a “baseline case.”  Since its assumptions are mind mindbogglingly unrealistic, it shouldn’t be used in any serious publication.  It is bad science fiction.

RCP 8.5, Part Deux: “The stuff nightmares are made from.”

132 thoughts on “"The Trump-Climate Freakout… 'I’m going to die from climate change!'"”