Despite papal letter, Catholics and the public politically divided on climate change 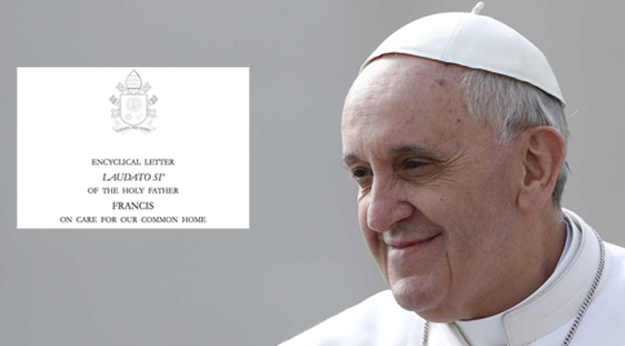 Among Catholics and non-Catholics, awareness of Laudato Si‘, the first-ever encyclical or papal letter devoted to the environment, was not associated with an increase in public concern over climate change. In addition, people who were aware of the encyclical appeared to be more politically polarized in their view of climate change than those who were not aware of it, according to a national survey led by the Annenberg Public Policy Center (APPC) of the University of Pennsylvania and published in Springer’s journal Climatic Change.

The papal letter to Catholics worldwide was released in 2015 by Pope Francis. He cited scientific consensus on the existence and human causes of climate change, and highlighted the disproportionate risks it poses to the world’s poor. The Pope declared that there was a moral imperative to address climate change.

Prior to the release of the encyclical, Pew Research reported that 71 percent of American Catholics believed climate change exists. This figure is on par with that of the general public. Catholics’ views on the topic also broadly reflect the general partisan split along political lines among Americans. Among Catholic Democrats, 62 percent believe in climate change and attribute it to human causes, while only 24 percent of Catholic Republicans do. Conservatives are both more skeptical that anthropogenic climate change exists and less concerned with its adverse effects.

“While Pope Francis’ environmental call may have increased some individuals’ concerns about climate change, it backfired with conservative Catholics and non-Catholics, who not only resisted the message but defended their pre-existing beliefs by devaluing the pope’s credibility on climate change,” says Nan Li, lead author of the study.

The results suggest that the worldviews, political identities, and group norms that lead conservative Catholics to doubt climate change may take priority over deference to religious authority when judging the reality and risks of this environmental phenomenon.