With this missive from NYT’s Andrew Revkin who is singing the praises of alarmism by AP’s Seth Borenstein, I’ve come to think that climate alarmists are little more than garden variety hypochondriacs. Almost anything weather or climate related seems to scare them. They worry constantly that the planet is ill, and many try to create all sorts of contrived geo-engineering schemes to make Gaia well again. Case in point: they seem to genuinely fear the results of El Niño warming the planet. Maybe it was comparing warm water in the Pacific to “the blob” SciFi movie that did it. Of course it’s gone now, but the memory remains. 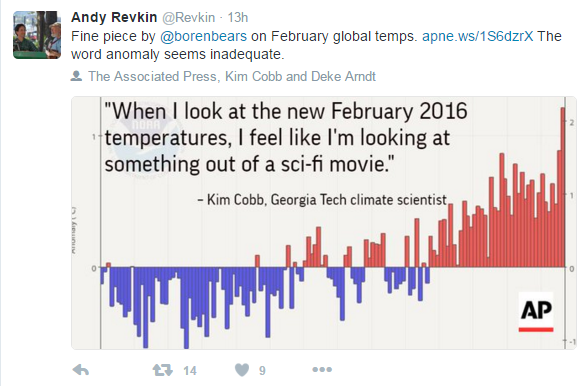 The reality is that this was just a regular ENSO event, and I’ll bet that throughout Earth’s history there have been even bigger ones. As we said earlier this week, the scary warming is nothing more than ENSO doing it’s thing, as this graph shows. 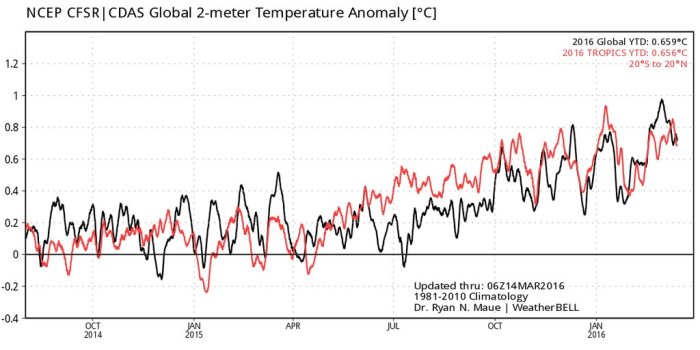 In a couple of months, El Niño and the temperature spike will be gone and then we won’t see crazy pronunciations like this. Instead, we’ll see a shift in dialog that this cooling is just “weather, not climate”.

94 thoughts on “Friday Funny – the SciFi terror of inadequate anomalies”