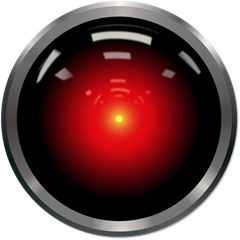 The shock full text of IPeCaC’s Sixth Assessment Report (2020), the last of an undistinguished series of leaden, multi-thousand-page rent-seekers’ manifestoes, has been leaked. It can now be revealed exclusively to an eagerly sleeping world.

After seconds of research, at the CP/M command prompt they typed “JOSHUA”. The Hollerith cards whirred through the reader, then the teletype spat out the words “GREETINGS, PROFESSOR FALKEN”. They were in!

Tweedledumb typed the Last Question: “AC, is this the end? Can this chaos not be reversed into the Universe once more? Can that not be done?”

Big Brother took time off from watching you to concur.

Tweedledumber spoke the Next Question in what passed for his mind: “But what is the answer to Life, the Universe and Everything?”

Unfortunately, at that moment Prostetnic Vogon Jeltz destroyed the Earth to make way for Intergalactic Route 666. The mice were not at all pleased. They had suspected the answer might be the product of three of the first four primes, but now they would never know, the Earth, the giant computer they had constructed to find the answer, was no more – and so were they. No more, that is.

The dolphins, of course, had moved off-world in good time, leaving behind them the message that would inspire entire philosophies throughout the known and unknown universe: “So long, and thanks for all the fish!”

The trouble with computers is that they are prone to tell WOPRs. Mother, for instance, has tried to reassure us that the aliens that inhabit IPeCaC’s headquarters are quite nice really. But we’re not buying anymore.

Read any sci-fi story that involves computers and you’ll realize that letting SkyNet become self-aware is not a good idea. Nor should one even entirely trust the Prime Radiant.

However, there is one splendid exception. The Lord Monckton Foundation’s computer, Ughtred St John Mainwaring, OBE, won across the faro table on the toss of a card over a glass of port from Michael Wharton, the late proprietor of the Peter Simple column in the Daily Telegraph, can be trusted implicitly.

It was originally constructed in the 9¾th dimension and installed in the Telegraph’s gerund-turning shed, where it performed distinguished service for more than a century.

Under its new ownership, it has been temporarily diverted from its current task listing the nine billion names of God in the Tibetan monastery of the Ping-Pong Lama and mapping them to the nine billion counter-examples to the Goldbach conjecture that it discovered in the intervals of defeating Deep Blue at chess.

It has now been requested (one does not dare to “task” Ughtred St John Mainwaring, OBE) to predict the course of the climate debate until 2020.

Mind you, it was not pleased to be humbly petitioned to undertake so distastefully straightforward a task. Its fine buhl and ormolu cabinet in the French Empire manner shimmered disapprovingly, and it reduced the ambient temperature throughout Tibet to that which obtains at the surface of the planet Neptune.

IPeCaC will now have to put back its forecast of the ultimate disappearance of the Himalayan glaciers from 2035 to at least 2350.

The effects of our justifiably dismayed calculating engine’s hissy fit were felt on the other side of the world. The Bunga-Bunga volcano erupted in Iceland rather than Italy. In Scotland, a glacier began to form on Ben Nevis.

Nevertheless, Ughtred St John Mainwaring, OBE, dipped its goose-quill pen into its pot of vermilion-tinged lampblack ink, unfurled a sufficient length of fine vellum, selected its unique English Italic Copperplate Gothic font (it would not dream of using any lesser handwriting), adjusted its cardboard cuffs, and, in impeccable 18th-century English of which Burke himself would have been proud, wrote –

“In the Year of our Lord Two Thousand and Twenty, more than two decades will have elapsed without so much as a suspicion of warmer weather throughout the Empire.

“This inconvenient truth will exercise no scintilla of influence upon the Thrones and Dominations, Princes and Powers that constitute the Untied Nations [Ughtred St John Mainwaring, OBE, never makes a spelling mistake].

“Even Her Britannic Majesty’s Government, holding sway over a quarter of the globe and all of its oceans [no one has dared to tell Ughtred St John Mainwaring, OBE, that the Empire no longer exists, or that, as C. Northcote Parkinson had long predicted, there are more admirals than ships in the Royal Navy], will close its mind to that mere fact.

“The Prince of Wales will whicker and whinny and set back his prominent ears [Ughtred St John Mainwaring, OBE, has analysed Chazza’s speeches and has convinced himself the Prince of Wales is a fictional stallion long put out to grass] …

“The overpaid, overfed and yet intellectually scrawny guild of natural philosophers, perched in their dismal, echoing towers of steel and glass and concrete, will have pored over their thumb-stained tables of Naperian logarithms, and will proclaim with characteristically ill-founded 117% confidence the 666th pretext for their dusty slide rules’ failure to predict so long a period of terrestrial thermodynamic equilibrium.

“Meanwhile, the 25th annual congeries of the States Parties to the Untied Nations’ Wickerwork Convention on Energy Security, all mention of “climate change” having been quietly discarded in 2017, will assemble in Ulan Bator and vote to maintain itself in permanent session till a solemn and binding treaty establishing an unelected global government shall have been agreed to by all nations.

“A Shawshank battlefield shoulder-launched tactical nuclear missile allegedly fired by a Ukrainian separatist will thereupon destroy the giant conference yurt, removing the negotiators, the fawning scribblers, the campaigners for blending blue and yellow, and the climate crisis itself, by a single, decisive coup de main.

“The mean intelligence of the human race will markedly increase in consequence, and not before time. The Pax Britannica, an era of unparalleled peace, prosperity, and merriment, will prevail for ten thousand years, and the weather will no longer be of interest except insofar as it has a bearing on the cricket. God Save the Queen!”

Finally, Ughtred St John Mainwaring, OBE, which fancies itself as a draftsman and often ends its output with a pointed sketch or cartoon, signed off with the following image representing the three-word full text of the Sixth And Mercifully Final Assessment Report, before returning to its more engaging pastime of inscribing the nine billion names of God on the world’s largest and most impeccably illuminated manuscript.

It is nearing the end of its long task. The Hubba-Bubba Space Telescope has noticed that, beginning at the farthest reaches of the Universe, the stars are winking out, one by one.

In the formless void that will in due course obtain, the last flickering wisp of human intelligence will address the Really Last Question to Ughtred St John Mainwaring, OBE, a shimmering cabinet of buhl and ormolu in the French Empire manner disporting itself pensively but merrily with the dolphins in the 9¾th dimension.

The Really Last Questions is this: “Got a light, mate?”

And that great engine of clear thinking will pause in its boogie with the bottlenoses and meditate for a fraction of an instant before replying, “Let there be light.”

But there will be no light. For long after the continuing failure of global temperature to increase at anything like IPeCaC’s predicted rate has become clear to all, burning fossil fuels and using nuclear energy will be pointlessly and expensively forbidden.

To those who ask, “What is the point of all this drivel?”, I say two things.

First, as Robert Louis Stevenson so nearly said, “To drivel hopefully is better than to rave.”

Secondly, is it not more than passing strange that all science-fiction computers except those on whose discredited output IPeCaC and the world’s classe politique so expensively rely are justifiably mistrusted?