Guest dredging up the past by David Middleton

As a geologist, I spend my work days dredging up the past, mostly from the Upper Miocene to the Lower Pleistocene.  My earlier post today about Dr. Will Happer joining the Trump administration led me to dredging up a 2016 survey of the American Meteorological Society (Maibach et al., 2016)… And that led me to dredging up this 2013 Tweet from thankfully former President Barack Hussein Obama…

In light of CNN’s proclamation that Dr. Happer’s “public stance on climate change is in opposition to near universally accepted science,” as outlined in thankfully former President Barack Hussein Obama’s Tweet, I decided to proverbially put 2 + 2 together and see if I get 97%.

Close, but no cigar… Only 96% of “scientists” agree that climate change is real.

Only 67% of “scientists” characterized climate change as real and man-made.

Only 38% of “scientists” characterized climate change as having been dangerous (primarily or exclusively harmful impacts) over the past 50 years.

Only 50% of “scientists” characterized climate change as being dangerous (primarily or exclusively harmful impacts) over the next 50 years.

“And today, there’s no greater threat to our planet than climate change.”

So climate change can no longer be denied – or ignored. The world is looking to the United States – to us – to lead. 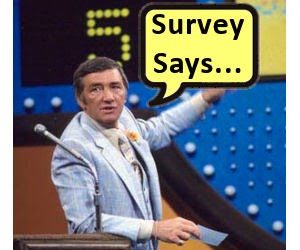 Only 18% of “scientists” thought that there was any point in destroying our economy in order to prevent the weather from changing. Fully 41% of “scientists” indicated that climate change might as well be “ignored.”