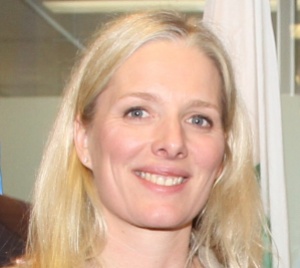 Catherine McKenna. By US Embassy Canada – Flickr, CC BY 2.0, Link

Canada’s Minister of Environment and Climate Change is urging environmental activists to address the “gendered impacts” of climate change, especially its effects on women and girls.

In a recent post on Twitter, Catherine McKenna, the 47-year-old Trudeau appointee from Canada’s Liberal Party, called on followers to “consider the gendered impacts of climate change on women, girls and children” while praising Canada’s leadership in training “women negotiators” in the fight against manmade global warming.

Apparently, at least in the minister’s mind, the weather is now waging its own “war on women.”

"We need to consider the gendered impacts of climate change on women, girls and children. I am proud that Canada is training up women negotiators so that we have more female voices around the table" https://t.co/Ms3t5B0DNJ #OceanSummit pic.twitter.com/CZRpKAq13B

I am shocked by the narrow minded gender insensitivity displayed by Catherine’s comment.

How can you possibly consider the gendered impacts of climate change without also considering the transgendered impacts of climate change? Why restrict the training program to women negotiators when there are so many other under-represented genders? Of course I am using the word transgendered in its broadest sense, no offence intended to people who identify as perigender, vapogender or any of the constantly growing list of other genders.