From the NEW JERSEY INSTITUTE OF TECHNOLOGY

While much of the research around the eclipse on Monday will focus on the effects of the Sun’s brief, daytime disappearance on Earth and its atmosphere, a group of solar physicists will be leveraging the rare event to capture a better glimpse of the star itself.

NJIT physicists Dale Gary and Bin Chen and collaborators will be observing sunspots — the visible concentrations of magnetic fields on the Sun’s surface- – at microwave radio wavelengths from NJIT’s Expanded Owens Valley Solar Array (EOVSA) near Big Pine, Calif. and from the Jansky Very Large Array (VLA) radio telescope near Socorro, N.M, which is operated by the National Radio Astronomy Observatory. While neither site is in the path of totality, they will both have between 75 to 80 percent coverage.

“Radio waves from the solar corona have long wavelengths, and as resolution is proportional to wavelength, our images ordinarily have rather low spatial resolution. But we can capture sharper images as we move in the direction of the Moon’s motion as it blocks different parts of the Sun at different times,” explains Gary, a distinguished professor of physics at NJIT’s Center for Solar-Terrestrial Research (CSTR), adding, “Radio waves are sensitive to the otherwise invisible corona of the Sun, especially its magnetic field, so we will use the eclipse to make high-resolution images of the corona above active regions.”

Sunspots are the primary generator of solar flares, the sudden, powerful blasts of electromagnetic radiation and charged particles that burst into space during explosions on the Sun’s surface. Their turning motion causes energy to build up that is released in the form of flares.

Gary says there is nothing inherently different about the coming eclipse as compared to previous events, but he notes that researchers who use radio telescopes will be able to observe it much more clearly this time.

“What is different is that both EOVSA and the VLA have much greater capabilities than in the past,” he says, “so we expect much better radio images and more complete frequency coverage from which to deduce the magnetic field, temperature and density of the corona.”

NJIT recently expanded the Owens Valley array, adding eight new antennas to the existing seven, and replacing the control systems and signal processing. The solar science to be addressed focuses on the magnetic structure of the solar corona, on transient phenomena resulting from magnetic interactions, including the sudden release of energy and subsequent particle acceleration and heating, and on space weather phenomena.

Gary and Chen, an assistant professor of physics at CSTR, are working with researchers Timothy Bastian and Tony Beasley at the National Radio Astronomy Observatory, Jay Pasachoff at Williams College and Stephen White at the Air Force Research Laboratory.

It’s encouraging to know that the
re is some real scientific research still being done in Universities !!

NJIT’s business school advertises itself on Bloomberg Radio as an institution focused on solving such “urgent” crises such as Climate Change(tm) and “sustainabilty” (which is I think another way of saying “rationing”).

“The solar science to be addressed focuses on the magnetic structure of the solar corona…”
There will be numerous photographs of the ‘magnetic structure’ showing detailed structure often described in terms of ‘magnetic lines’.
Even if such lines existed, to be seen by any apparatus from our distance they would have to be many miles thick. What you might see at the event or in the subsequent images are the (open or closed) ‘magnetic flux tubes’, these are the areas of stronger magnetic field than that in the surrounding space. Diameter may be as small as few hundred km, but larger flux tubes associated with sunspots can have diameter up to 2500 km (Boston to Miami distance).

In other words this article’s title is misleading.

They’re not catching images of the sunspots per se.

… we will use the eclipse to make high-resolution images of the corona above active regions.

Those images are based on received microwaves so they aren’t what you would see with an optical telescope. It’s like infrared imaging only at a much lower frequency.

It’s encouraging to know that there is some real scientific research still being done in Universities !!

As of yesterday I could see three active areas, almost dead center in a line almost north to south with just my telephoto lense. So these folks should have something to “look at” today. 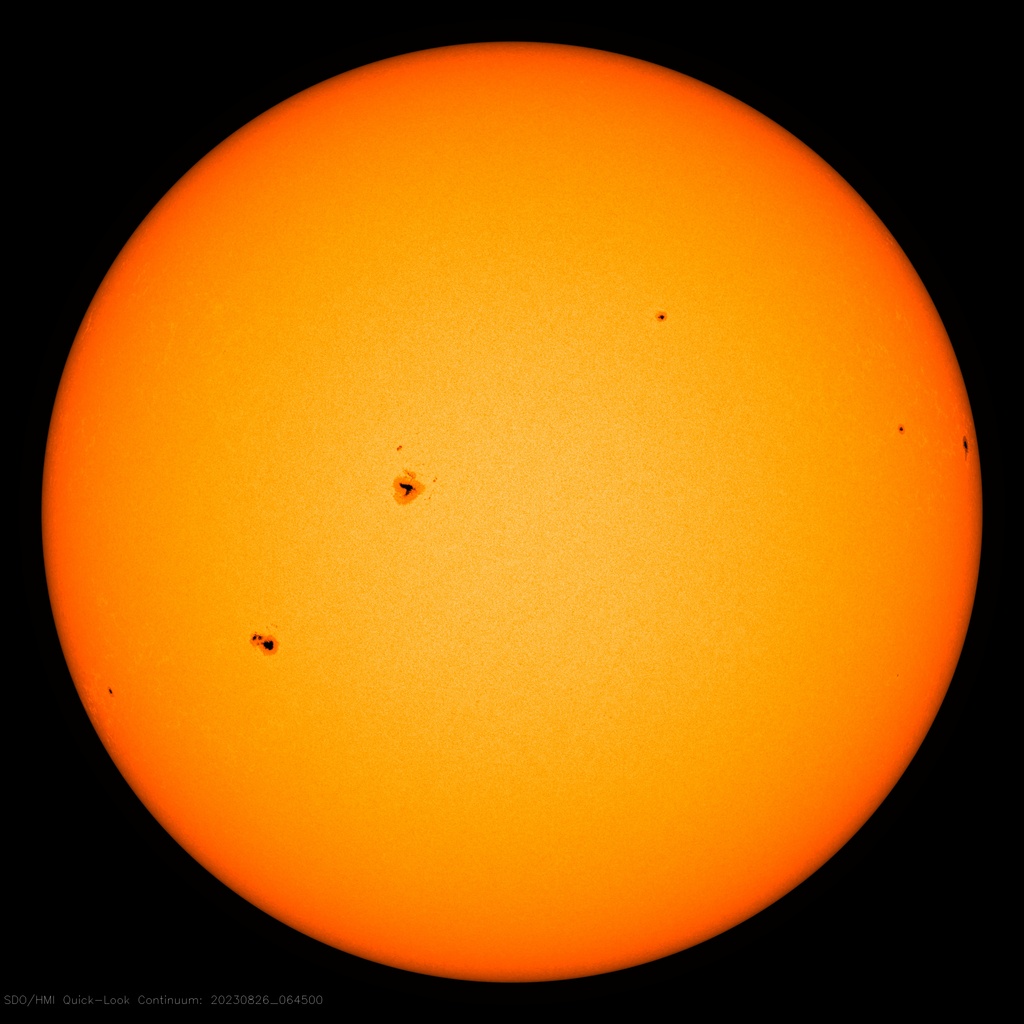 What is the orientation on this photo? Those central spots looked more vertical in my photos from yesterday.

Finally, something worthwhile being done during this eclipse. Everything else I have read or heard has been crap.

The moon acts like a coronagraph center disk for earth-based cameras.

Hope they took full advantage of it, won’t be happening again here for a few years!

Most sunspot pairs are of the east-west orientation, this lot is in a line more or less parallel with the solar equator. At beginning of any cycle sunspots star appearing at about 30 degrees latitude but at this stage in the cycle most of sunspots are in the equatorial region. 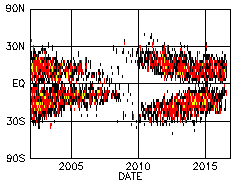 Off thread, but from –
http://www.gridwatch.templar.co.uk/
I see that wind and solar – at 2125 BST [2025z] – combined – provide 1.77% of the UK Power demand.
Coal alone, at the same time, is 3.25%.
I wonder if the BBC will lead their Science site on this.
I may be a bit experienced, but I have a feeling in my waters that they will not do so.
Nuclear is > 23%, and Gas – Combined Cycle Gas Turbines – are over 50%.
Interconnectors are providing ~9%.
Dispatchability is the problem with Solar and Wind power. [Tidal, and, a bit, unpumped hydro].And does Auntie (BBC) give an iota of recognition?
No. Nada. Zilch. Cube root of one fourteenth of frack-all.
The New World Order of the watermelons is certainly having its believers.
Auto