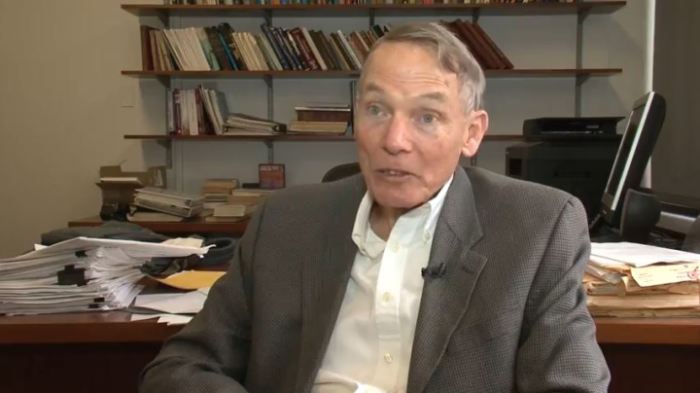 Professor William Happer, who has been tipped as front runner to replace John Holdren as the Whitehouse Science Advisor, has described climate scientists as a glassy eyed cult.

The man tipped as frontrunner for the role of science adviser to Donald Trump has described climate scientists as “a glassy-eyed cult” in the throes of a form of collective madness.

William Happer, an eminent physicist at Princeton University, met Trump last month to discuss the post and says that if he were offered the job he would take it. Happer is highly regarded in the academic community, but many would view his appointment as a further blow to the prospects of concerted international action on climate change.

“There’s a whole area of climate so-called science that is really more like a cult,” Happer told the Guardian. “It’s like Hare Krishna or something like that. They’re glassy-eyed and they chant. It will potentially harm the image of all science.”

Frankly I think this comparison is a bit harsh.

I don’t know how Krishnas behave elsewhere, but in Australia Hare Krishnas are a bit of a fixture. I enjoy an occasional feed at one of their vegetarian restaurants. Occasionally they wander over to talk about their religion, but they are not pushy – they take “no” for an answer. I have never known a Hare Krishna to demand someone else live according to their principles.

If climate scientists were that restrained about pushing their beliefs, about trying to inflict their life choices on others, I would have a lot less of a problem with the climate science community.

392 thoughts on “William Happer on Climate Science: "They’re glassy-eyed and they chant"”