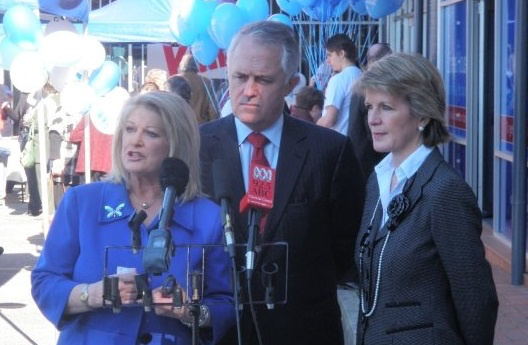 The Guardian is worried that the centre right Australian Coalition government, which won the recent national election by the narrowest of margins, has signalled a climbdown from previous climate committments by appointing a climate skeptic as environment resources minister.

Matthew Canavan says there is ‘uncertainty’ around impact of climate change

The new resources minister, Matthew Canavan, has warned there is still a level of uncertainty about the impact of carbon emissions on global warming and described the Adani Carmichael coalmine as an “incredibly exciting project” for Australia.

Canavan, who has previously called for funding for climate change sceptic scientists, is also responsible for the Northern Australia Infrastructure Facility, which will decide whether to recommend the Queensland government’s application for a federal loan for the Adani railway link.

He said while he had the final decision on projects recommended by the NAIF, the body had only come into being on 1 July and had yet to make any recommendations to him as minister.

Canavan is the biggest winner of the ministry reshuffle, elevated to cabinet and given the resources portfolio to add to his northern Australia outer ministry position. He said he accepted the warming impact of carbon dioxide, notwithstanding a level of uncertainty. He accused “certain interest groups” of exaggerating the effects of carbon emissions.

“There is a lot about the climate system we don’t understand, a lot of assumptions we have to make with projections of course. I just feel we should all be a little more humble about our climate and our system.

Turnbull’s leadership consolidation plan failed. A voter backlash from disgruntled Conservatives, including substantial defections to the hardline skeptic and anti-immigration party One Nation, has brought the Turnbull government to the brink of collapse.

While I applaud the appointment of climate lukewarmer Matthew Canavan, I am concerned this appointment is just political window dressing. According to JoNova, a very quiet Aussie carbon tax may have just been implemented. Deposed Aussie climate skeptic Prime Minister Tony Abbott, who delivered an overwhelming victory to the Coalition government in the previous election, is still banished to the back bench.

As far as I know climate enthusiast Malcolm Turnbull still plans to waste at least a billion dollars on renewables, despite the stark recent reminder from South Australia that renewables are simply not up to the job.

My view is you will have to try harder than a friendly ministerial appointment, Mr Prime Minister, to win back the confidence of disaffected former supporters.